Vote counting in Togo began on Saturday in the country's presidential election, which followed protests against the dynastic rule of one family that has lasted half a century.

Incumbent President Faure Gnassingbe is looking to secure a fourth term in office. He has led the country of eight million since 2005, when his father Gnassingbe Eyadema died after 38 years in the role.

In 2017 and 2018, protests shook the country as people rallied against five decades of rule by one family, in a country where a large proportion of the population continues to live in poverty.

The Togolese government said that the measure was for Kodjo's "own safety" after authorities were informed that the contender might face a risk of an attack, AFP reported. 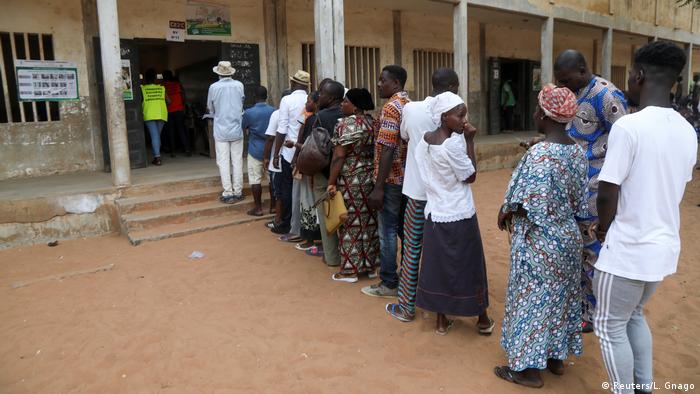 People line up to vote in the presidential elections in Lome, Togo

Gnassingbe has pushed through constitutional changes that allow him to remain in power for another term, and potentially until as late as 2030.

"I don't feel like a dictator," Gnassingbe said in an interview with AFP. The incumbent has been accused of ruling the country with an iron fist. He is widely expected to win the election.

But six challengers have aimed to persuade the 3.6 million registered voters to remove Gnassingbe and potentially usher in change.

Thousands marched through the streets of Lome for the second day running calling for president President Faure Essozimna Gnassingbe to step down. Togo's opposition has been calling for constitutional reforms. (07.09.2017)