Togo: Protests break out despite ban

After a break of more than a month, opponents of the regime in Togo called once more for demonstrations over the weekend. Mediation attempts appear on the verge of failure. Adrian Kriesch reports from Lomé. 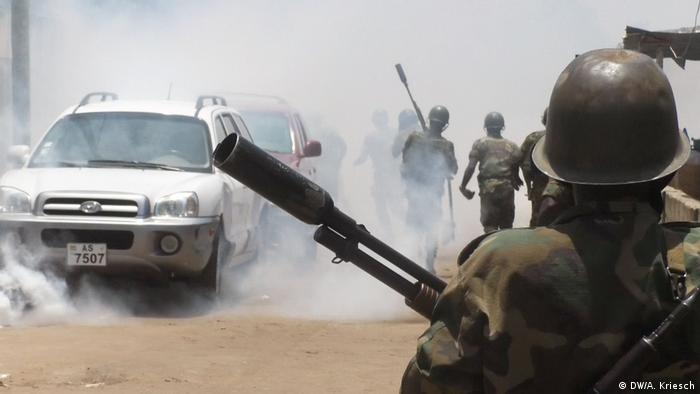 The young man with a towel around his waist in Lomé, Togo, has little idea what's going on. Just a moment ago he was in the shower — now he feels he is in an action movie. A truck races around the corner, police officers in combat gear climb over a wall and two men are dragged out of the neighboring building. "We don't know if they were thieves who stole something," says the young man, "or if they were just demonstrators."

More than 50 years of family rule

Since August 2017, opposition groups in the West African nation of Togo have demonstrated regularly against the government. The family of Gnassingbé Eyadema, who took power in 1967, has reigned for more than 50 years. In 1992 Eyadema passed a law limiting the President's rule to two terms in office. A decade later he rescinded it to remain in power. Upon his death in 2005, the military helped install his son Fauré as the new head of state — an appointment later confirmed in controversial elections.

The opposition has demanded a return to the old constitution of 1992, which would limit the president's maximum period of rule to two terms of five years each. Rolling protests in recent months have, on occasions, seen more than 100,000 people take to the streets. In the country with a population of less than eight million, clashes with security forces have become commonplace. Dozens of protesters have been arrested and at least eleven people killed. The wave of protests was interrupted in February when Nana Akufo-Addo, president of neighboring Ghana, intervened as mediator. Talks were held and political prisoners released. 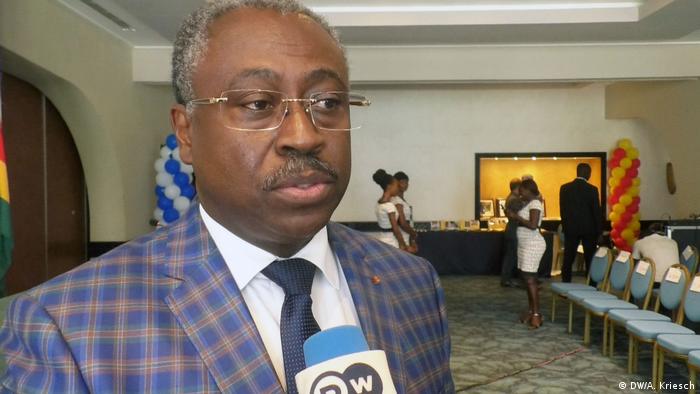 Togo Communications Minister Guy Lorenzo does not accept the protests

Last week the opposition called for protests once more, saying that the government would not show any will for serious reform if the crisis were to drag out. But Ghana's mediation attempts are not over yet, communications minister Guy Lorenzo told DW. For that reason the government has issued a ban on all protests. "If they don't agree, they can go to court," Lorenzo said. "But they just want to demonstrate. We don't accept that. We live in a constitutional state."

Security forces cracked down hard at the weekend — such as outside the freshly-showered young man's house. "I was just passing by, I didn't do anything at all," shouts one of the men as he is pulled onto the loading area of the police truck. "We've been trying to get rid of this dictatorship for 50 years," says another man on the side of the road once the police truck is out of sight. He says it is scandalous that people are no longer even allowed to protest against poor development in a country where "youth have no jobs." 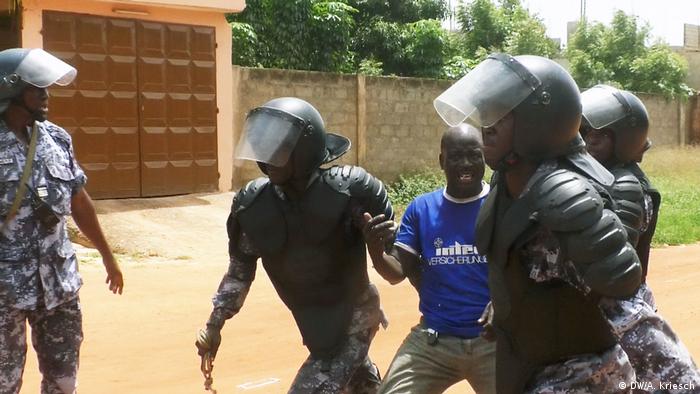 A few kilometers away, representatives of the 14 party opposition alliance have barricaded themselves in the headquarters of the Democratic Convention of African Peoples (CDPA) party. Soldiers have assembled in front of it, firing tear gas at the few followers in front of the house. "We aren't even demonstrating, we're just meeting at the headquarters of a political party," says Dodji Apevon, the leader of an opposition party. "And the military shoots with tear gas. One can only wonder what is going on inside them."

The military faces criticism for its close alliance with the president. "Togo is yours too," an elderly woman calls out in the direction of the soldiers.

The president, meanwhile, is meeting regional heads of state in a neighboring district. Faure Gnassingbéis the current chairperson of the Economic Community of West African States (ECOWAS). On their agenda is the political crisis in Guinea-Bissau. The crisis on his doorstep goes unmentioned.

In Togo, protesters are calling for the resignation of President Faure Gnassingbe. The opposition is confident that it will be successful in forcing a change in government. But will the president go voluntarily? (08.09.2017)