Tigrayan fighters announce they are withdrawing from rest of Ethiopia | News | DW | 20.12.2021

Tigrayan fighters announce they are withdrawing from rest of Ethiopia

The Tigrayan People's Liberation Front (TPLF) said its forces will be returning to Tigray. The group's head said the move "will be a decisive opening for peace." 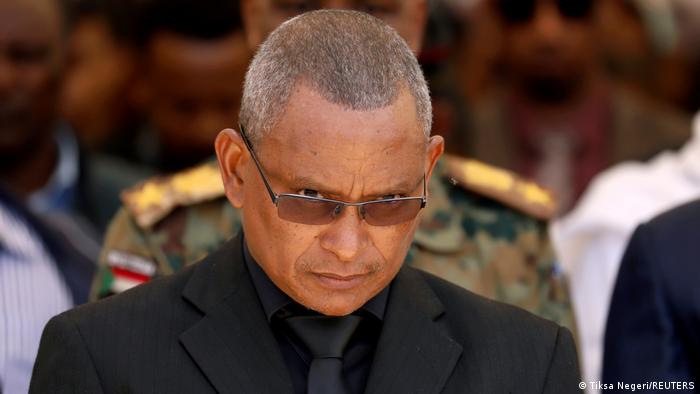 The leaders of the Tigrayan People's Liberation Front (TPLF) announced on Monday that its forces would be withdrawing from a number of areas in Ethiopia and returning to Tigray.

"We trust that our bold act of withdrawal will be a decisive opening for peace," wrote Debretsion Gebremichael, the head of the TPLF, in a letter to the United Nations.

Party spokesman Getachew Reda said on Twitter that the withdrawal had been completed in two regions and accused the international community of being slow to take action against Ethiopian Prime Minister Abiy Ahmed and what he called his "regional partners in crime."

"We have just completed the withdrawal of our forces from both Amhara and Afar regions," Getachew tweeted.

US State Department spokesman Ned Price told reporters, "If we do see a movement of Tigrayan forces back into Tigray, that is something we would welcome. It's something we've called for and we hope it opens the door to broader diplomacy."

William Davison is a senior analyst at Crisis Group, an independent NGO which seeks to help resolve conflicts. Davison posted a copy of Debretsion's letter to UN Secretary-General Antonio Guterres.

Debretsion said that previous opportunities of a ceasefire had been passed over and urged the UN Security get behind ending hostilities.

"Do not let another opportunity for peace pass without decisive action. We propose an immediate cessation of hostilities followed by negotiations."

Debretsion called for the UN to assist with the establishment of a no-fly zone for "hostile flights of aircraft and drones over Tigray except for humanitarian and civil purposes."

The TPLF leader also called for arms embargoes on Ethiopia and Eritrea.

Ethiopia yet to respond

There has been no immediate response from Ethiopian officials, although the latest development could be a step towards a ceasefire in the conflict which has claimed thousands of lives and dragged on for 13 months.

In recent weeks the Ethiopian army regained control of key territories in the Amhara region from Tigrayan forces.

Fighting has caused a humanitarian crisis in the Tigray region with allegations of atrocities leveled against all parties in the conflict.

More than two million people have been displaced and hundreds of thousands are living in famine-like conditions with aid to the region blocked.

On Friday the UN Human Rights Council announced that it would estalish an independent commission of human rights  experts to investigate allegations of atrocities committed since the conflict began.

Ethiopia: More misery for millions as aid delivery halted amid looting in Tigray

The United Nations has warned of increasing food insecurity for people living in northern Ethiopia after its warehouses, stocked with vital supplies, were ransacked.