Scientists working in Tibet have found the oldest ever big cat fossil to date, suggesting such animals evolved in Asia before spreading to other continents. The predators were always thought to have evolved in Africa. 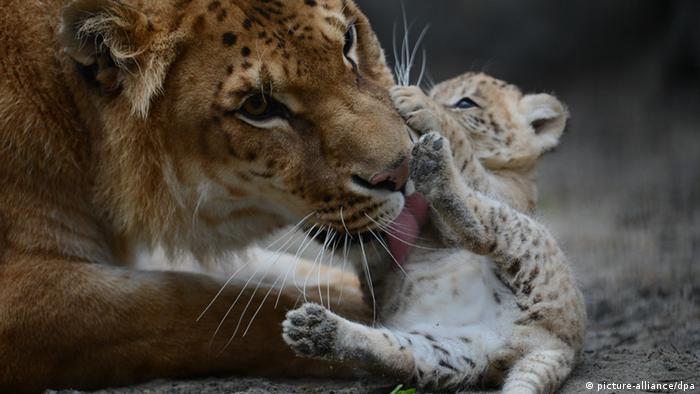 On Wednesday, paleontologists reported that they had unearthed the ancient skull of a big cat in Tibet, dated as being between 4.1 and 5.95 million years old.

The age of the find, published in the journal Proceedings of the Royal Society B, compares with the previous record for a pantherine felid, of about 3.8 million years old, for a fossil found in Tanzania. The biological subfamily Pantherinae includes tigers, lions, leopards, snow leopards and jaguars.

The journal paper concluded that the weight of evidence suggests that Pantherinae have their origins in central or northern Asia as part of a larger group that dates back some 16 million years.

"This find suggests that big cats have a deeper evolutionary origin than previously suspected," said investigation leader Jack Tseng, of the University of Southern California.

The origins of big cats have been strongly contested among scientists, with a lack of fossil evidence to indicate where they come from.

Tseng, along with his wife and fellow paleontologist Juan Liu, and Gary Takeuchi from the Natural History Museum of Los Angeles, made their discovery in 2010, in a border region between Tibet and Pakistan.

The find was made in a remote area, wedged between bones that were thought to have been deposited by a river. Scientists used DNA data to build a family tree, revealing that the skull came from a species most closely related to the present-day snow leopard.

A split between Pantherinae and Felinae - the group that includes domestic cats, cougars and lynxes - is thought to have occurred some 6 million years ago.

It is believed that the animals would have lived by preying upon creatures such as the Tibetan blue sheep.

The university said that the newly discovered animal, Panthera blytheae, had been named after "the snow leopard-loving daughter" of a couple that supports the museum in Los Angeles.