Suspicious packages have been discovered at two London airports and a major railway station. A British news channel says two of the parcels had Irish stamps on them. 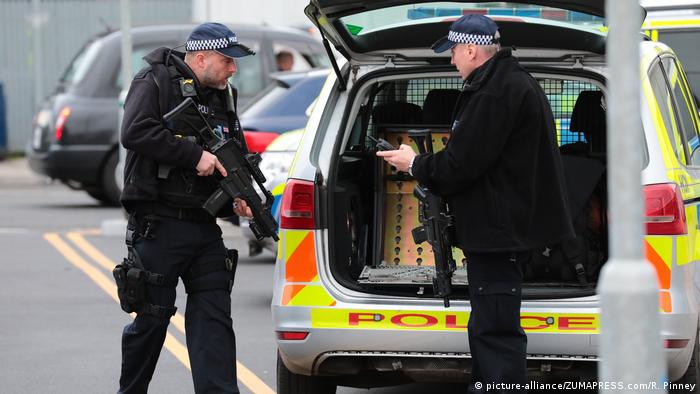 A counterterrorism team is now investigating the incidents, amid reports by Britain's Sky News that two of the parcels had Irish stamps on them. Irish police later confirmed they were helping in the probe, while European government sources told the Reuters news agency the packages were posted from the Republic of Ireland.

One package was sent at 0955 UTC/GMT to the Compass Center office building serving the main Heathrow international airport.

The building, located close to Heathrow's north runway, was evacuated as a precaution after the package was opened and part of it burned. No flights were affected.

The second was found in the mail room at Waterloo Station, a major rail and Underground hub at 1140.

The station was not evacuated, but a small cordon was put in place.

A third device was discovered at 1210 in the City Aviation House building near London's City Airport, a much smaller airport, where train services were briefly stopped as a precaution. Again, flights were not affected.

The Met said in a tweet: "We're treating the incidents as a linked series & keeping an open mind regarding motives."

Key transport hubs in the British capital have been urged to be vigilant for other possible devices.

No arrests have been made and no individual or group has claimed responsibility. Thousands of people died in Ireland and Northern Ireland between the 1960s and 1998, in separatist conflict.