The soldiers died from toxic fumes while trying to blow up an illegal gold mining installation underground. France has deployed hundreds of troops to French Guiana's remote jungle to clamp down on the criminal activity. 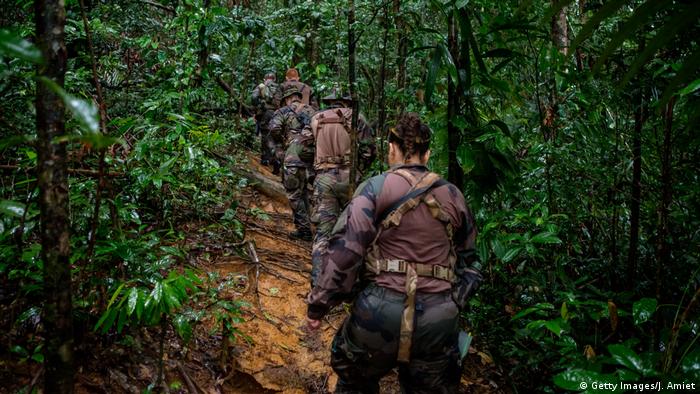 Three French soldiers have died during an operation against illegal gold mining in the South American territory of French Guiana, authorities said Thursday.

The troops were in a tunnel, laying explosives to destroy an underground mining complex, when they were poisoned by noxious fumes, the French Defense Ministry said.

Five other soldiers who also inhaled the fumes were airlifted to the territory's capital, Cayenne. One is still in a serious condition, the ministry said. 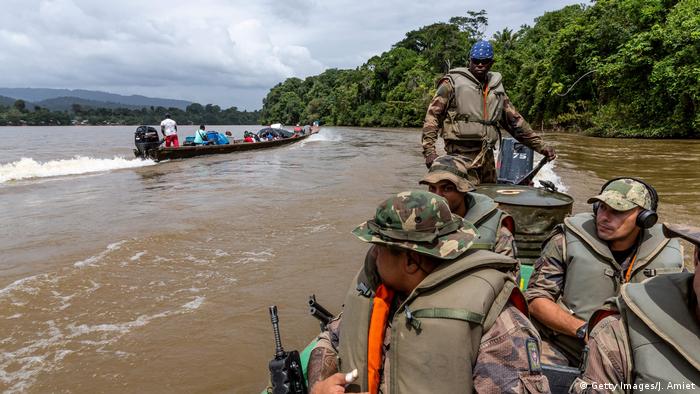 The incident occurred late Wednesday in Maripasoula, a remote jungle region near the border with Suriname, local media reported.

Small-scale gold mining is fairly common in French Guiana, where illegal artisan miners use toxic mercury to separate gold from grit. Environmental groups say this method of extraction is extremely harmful to nearby forests, waterways and communities.

According to the World Wide Fund for Nature (WWF), miners use an average of 1.3 kilograms of mercury to extract each kilogram of gold. The group has called illegal mining the region's "main social, health and environmental scourge."

France has deployed hundreds of soldiers to the territory in an effort to stamp out the activity. 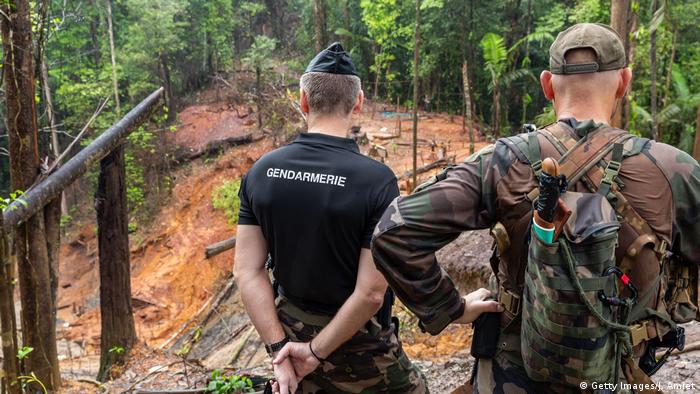 Although working in the mines of eastern Venezuela is dangerous, diggers from all over the country head underground daily, pushed by the rise in gold prices and the severe economic crisis affecting the country. (24.03.2017)