Filmmaker Johannes Preuss has received a student Oscar for his film, "Galamsey," which was shot in Ghana and looks at the illegal gold trade there. DW met him to discuss how the country could "turn into a hell." 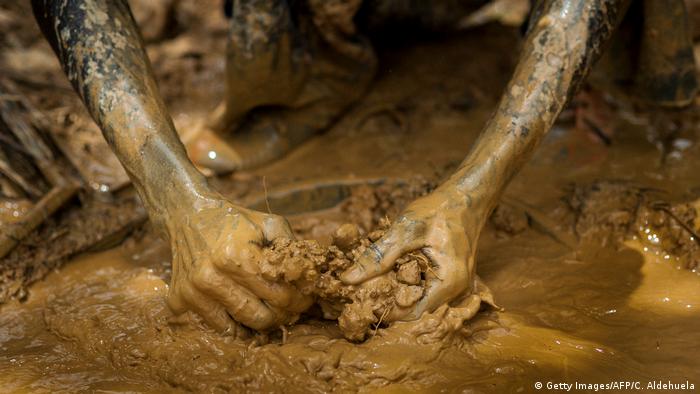 Deutsche Welle sat down with the up-and-coming filmmaker Johannes Preuss, who has been honored with a student Oscar for his film, "Galamsey," about the illegal gold mining trade in Ghana.

DW: What is the meaning behind the title "Galamsey"?

Johannes Preuss: The word comes from Ghanaian Pidgin and combines the words for gather and sell. That's how people in Ghana refer to this illegal gold mining. It's an umbrella term for small-scale mining.

As a student in Germany, how were you made aware of the subject of illegal gold mining in Ghana?

In 2010, I went to Ghana with the German Development Aid Agency and worked there for a citizen radio channel. That was in the middle of the Galamsey region; the city was located directly on one of Ghana's major rivers. I was there when the boom was taking place and as a journalist, I found it a really interesting subject. There were so many facets to look at: the catastrophic consequences on the environment, how it has changed people. And when I had the chance to film my first movie while at the film academy, I thought it was a good time to focus on the topic. 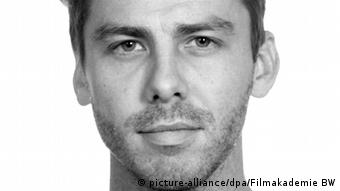 One of the people interviewed in your film says, "If we don't watch out, Ghana will turn into a hell." What does that hell look like?

Hell looks like a huge crater landscape. Because they cannot dig in rivers, gold mining companies keep digging holes in the earth. They throw water in those holes to extract the gold and keep doing that as long as it's profitable. But no one covers their holes up when they're done. That's why the whole country looks like a lunar landscape.

Gold is – along with cocoa – Ghana's main export. Who profits from this business?

Multinational corporations detain the main share in the gold industry. Symptomatically, there are no refineries in the country. Gold is refined in Switzerland. Profits go to western countries; hardly anything is left in Ghana. Small businesses only survive as long as they manage to pay the fuel for their excavators.

And then there are the illegal gold miners. At the beginning it was the Chinese who brought the necessary technical equipment into Ghana. They were officially thrown out of the country in 2013, but many remained nevertheless. Now the gold business involves a multitude of poor workers from different countries. 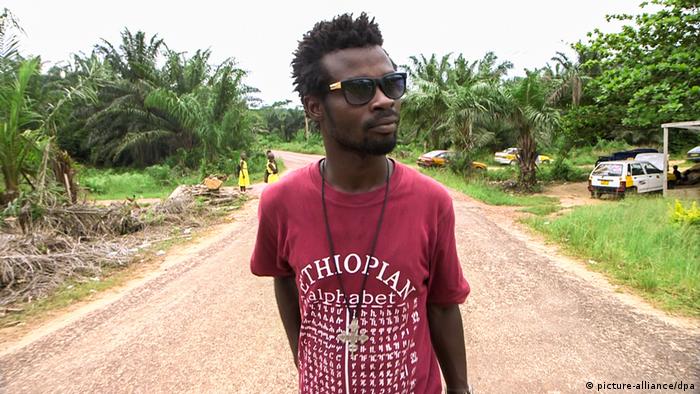 A still from the film "Galamsey"

How does the government deal with Galamsey?

Can the damages on the environment be repaired?  Mercury cannot be retrieved from the rivers. When gold miners sift and wash river sand, they use mercury that amalgamates with the gold, making it easier to retrieve it from the sand. The mercury that's then combined with the gold particles is burned and the remaining liquid mercury is eliminated in rivers. Statistics claim that a third of all mercury found in the eco-system is from small-scale gold miners.

Was it difficult for you as a foreign filmmaker to gain access to these miners?

Actually, I wanted to get in touch with the large mining companies, who are the main culprits in the country, but that was impossible. As soon as they'd find out that I had a camera with me, they wouldn't allow me to enter anywhere.

Illegal gold miners were my only remaining option. I fortunately had good contacts in the region. In my film, I also address the fact that large corporations refused access to their mines.

As a normal journalist, it would have been a difficult project, but since I knew many people from my work for radio, it was possible to do it. Some of the people I worked with at the radio station had since gotten involved in the gold industry and they could provide tips on where I could safely film and where I shouldn't go.

Can you show the film in Ghana?

I'm currently organizing a premiere in Ghana. We absolutely need to show it there!