German police have found the bodies of five people in a home south of the capital, Berlin. The victims showed signs of gunshot and stab wounds, prompting officials to launch a homicide investigation. 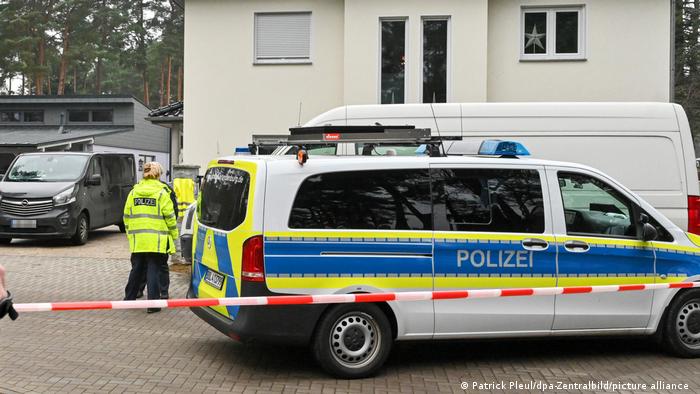 German police uncovered the bodies of five people, including three children, in the town of Königs Wusterhausen in Brandenburg on Saturday.

The victims showed signs of having been shot and stabbed, the public prosecutor's office and police said in a joint statement.

"We are working on the assumption that this is a homicide," a police spokesperson said.

Police said they received a call from a person shortly before noon, who was concerned that the residents of the home were nowhere to be seen. Witnesses also reported seeing lifeless people in the house. Once police arrived at the scene, it was established that the occupants had died.

The bodies were found in a family home located in the state of Brandenburg, which borders the capital, Berlin.

The scene was cordoned off while forensic investigators combed the area. Among those assisting with investigations was an expert from the Brandenburg Institute for Forensic Medicine.

Germany: Mother given life sentence for killing 5 of her children

The crime occurred in the western German city of Solingen. The 28-year-old allegedly sedated and suffocated her children after seeing a photo of her husband with a new partner.