Thousands wait to be evacuated from besieged areas of Syria

Rebels have said the Assad government is purposefully stalling a plan to evacuate civilians from eastern Aleppo. Meanwhile, plans are in motion to evacuate people in other parts of the country. 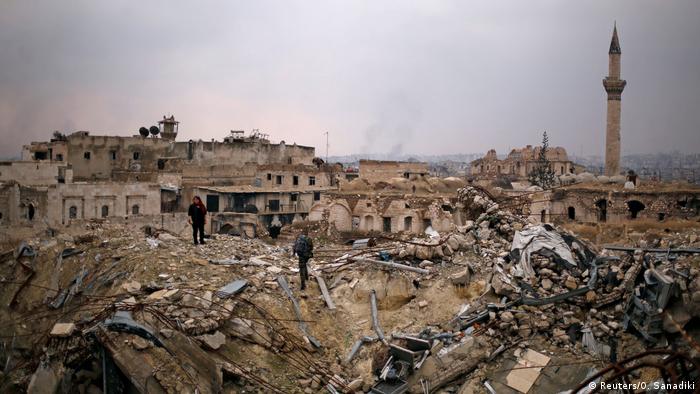 Trapped civilians were still waiting on Saturday after the government suspended the evacuation of eastern Aleppo earlier this week over rebels allegedly trying to smuggle out weapons and hostages.

Men, women and children spent the night in bombed-out buildings in anticipation of a renewed evacuation plan that would allow them to exit the city, which has suffered some of the worst damage of the nearly six-year-long war.

Rebels said that while a new agreement has been reached, the regime of President Bashar al-Assad is delaying the process until civilians in two pro-Assad enclaves are allowed to leave. 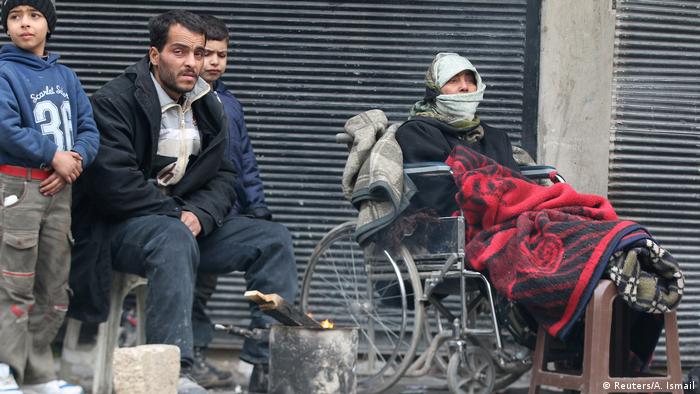 People waiting to be evacuated in shattered eastern Aleppo

There is hope that evacuations will resume shortly. "It was agreed to resume evacuations from east Aleppo in parallel with the evacuation of (medical) cases from Kefraya and al-Foua and some cases from Zabadani and Madaya," said a Syrian government official. Madaya and Zabadani are currently blockaded by pro-government forces. 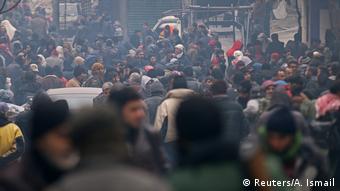 Rebels and international observers said the Assad regime was holding off on the Aleppo evacuation until an evacuation was completed for those living in the Shiite villages of Foua and Kefraya in northwestern Syria. At least 4,000 people will be evacuated from the two towns, where around 20,000 people are trapped under a rebel siege.

The Syrian Observatory for Human Rights reported on Saturday that 29 buses were heading toward the villages. The Syrian army later confirmed that another 25 buses left for Foua and Kefraya.

The evacuation will take place simultaneously with two others in the rebel-held towns of Madaya and al-Zabadani. Those towns, located along the Lebanese border, have been under siege from pro-regime forces, including the Lebanese terror group Hezbollah. 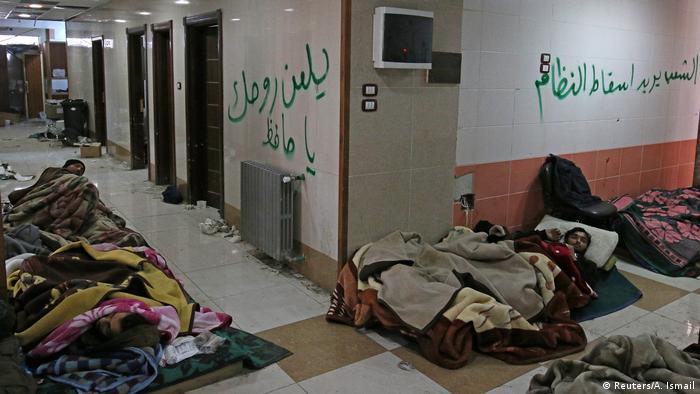 A hospital in eastern Aleppo caters to the injured and sick

More than a thousand people meanwhile took to the streets of the German capital on Saturday to express their outrage over the crisis in Aleppo. Protestors gathered in various areas of Berlin, waving signs and demanding an end to the bloodshed.

In the Neukölln neighborhood, more than 1,000 people, most of them Turkish, waved Syrian and Turkish flags to show their solidarity with the civilians. Around the same time, hundreds gathered in front of the city's Reichstag Parliament building to hold a candlelight vigil for those caught in the bombing of the city. 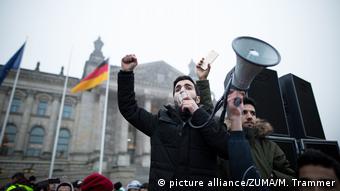 In Berlin, over 500 people demonstrated in front of the Reichstag to show solidarity with the civilians trapped in Aleppo

There was also a demonstration in London with thousands marching behind banners saying "Stop the killing!" and similar statements in English and Russian. Dozens of medical staff took part in a "die-in" in Parliament Square to "end both indiscriminate and targeted attacks on civilians, hospitals and schools across Syria."

The doctors and nurses also demanded that the British government "conduct airdrops of aid."

German and international activists plan to set off from Berlin on December 26 in a Civil March for Aleppo, travelling towards Aleppo via a reverse "refugee route" through Greece and Turkey.

Earlier in the week, during the final EU summit of the year, Chancellor Angela Merkel accused the Syrian regime and its Russian and Iranian allies of war crimes, noting that many of their attacks were directed at civilians.

Foreign Minister Frank-Walter Steinmeier on Saturday called on the revelant governments to take action on Aleppo. "The blocking of the evacuation must be ended immediately," Steinmeier said, adding that the UN and the International Red Cross shouldn't be prevented from being able to do their work in the war-torn country.

The UN Security Council will vote on Sunday on whether it should monitor the evacuations from the besieged sections of Aleppo. In a draft developed by the French delegation, the text stated it "emphasizes that the evacuations of civilians must be voluntary and to final destinations of their choice, and protection must be provided to all civilians who choose or who have been forced to be evacuated and those who opt to remain in their homes," according to Reuters.