Tens of thousands of protesters took to the streets in Brussels to voice their concerns about the trans-Atlantic trade deals. But CETA is nearing completion. 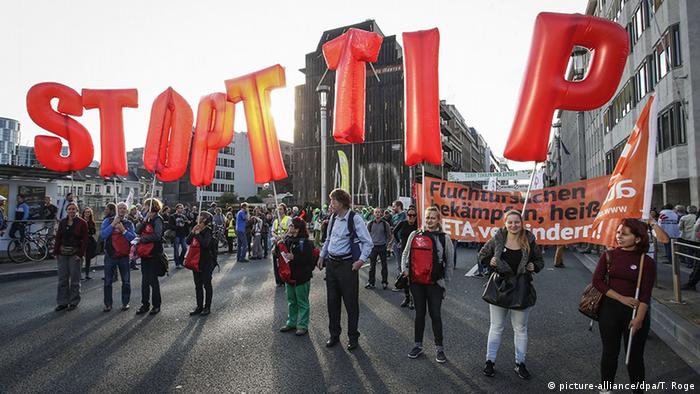 The European Union headquarters in Brussels saw thousands of protesters on Tuesday demanding trans-Atlantic trade talks between the United States and Canada stop.

Unions, human rights and farming groups took to the streets in the Belgian capital out of concerns against the Comprehensive Economic and Trade Agreement (CETA) and the Transatlantic Trade and Investment Partnership (TTIP).

“We are against these trade deals because they are a threat for the environment, for health, for labor regulations, and they give so much power to multinational corporations," said Greenpeace Europe spokesman Mark Brady.

Organizers claim there were between 10,000 and 15,000 protestors, but Brussels police estimated 9,000 protesters, via Twitter.

There is a continuing wave of opposition to CETA and TTIP in Europe. On Saturday, massive demonstrations took place across Europe against the free-trade agreements, particularly in Germany. Opponents of CETA and TTIP say these agreements would hurt food and labor standards, as well as the environment. 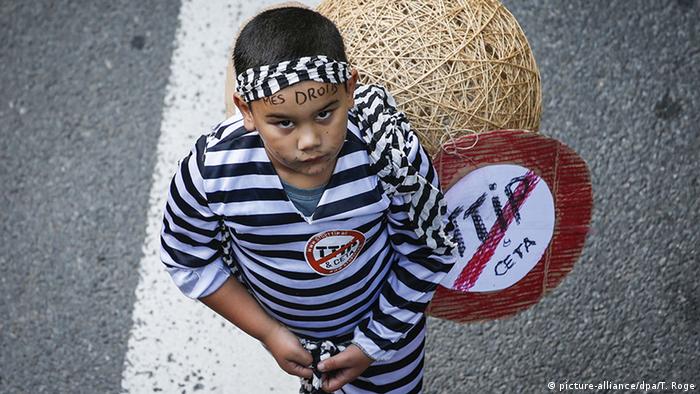 A young protester in the streets of Brussels.

Austria's Social Democrats, one of the largest parties in the country, called for many changes to CETA on Tuesday. Bulgaria, Hungary, Romania and Slovenia are also concerned about the agreements.

Proponents believe the trade deals will boost economies in the United States and Europe and increase jobs. CETA would eliminate 98 percent of tariffs to allow free flow of goods between Canada and EU member states.

The deal is all but finished, and EU Trade Commissioner Cecilia Malmstrom is hoping for Canada's support. “Canada is a country that, more than most others around the world, shares our European values,” Malmstrom told Belgian parliament on Wednesday. “To put it another way, Canada is not the United States.”

CETA is written and only requires Canadian support. If agreed upon, Canadian Prime Minister Justin Trudeau could sign CETA as soon as next month and go into effect in 2017. Rosario called CETA “the best and most progressive trade agreement.”

Rarely has an issue caused such outrage: Protesters have turned out across Germany to demonstrate against the TTIP and CETA trade deals with the US and Canada. They say they won't stop until both are scrapped. (17.09.2016)