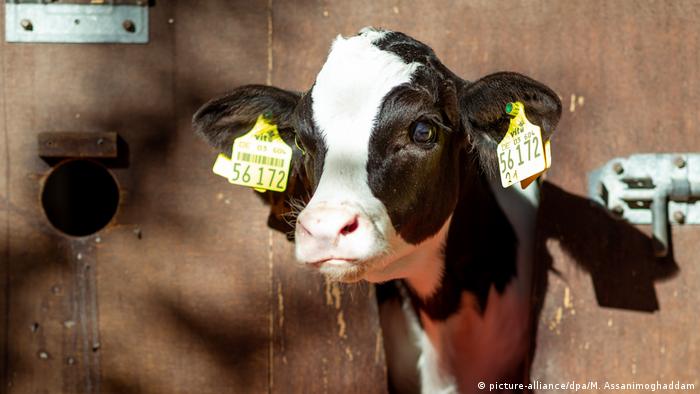 Every year in Germany, up to 200,000 calves die or are killed in the first three months since their birth, according to a Sunday report published by the Welt am Sonntag newspaper.

Germany boasts about 4.1 million dairy cows and leads Europe in bovine milk production. In order to produce maximum amounts of milk, however, the animals are impregnated and give birth to a calf every year.

Half of the newborn calves are male. They are unable to produce milk, but their breed also makes them unsuitable for meat production. As such, many farmers regard them as a waste of resources.

Thrown out with the garbage

Iris Fuchs, the vice president of the Bavarian veterinary association, told the paper farmers are often unwilling to pay for slaughter and proper disposal of young male bovines.

"If a calf is not even worth €30 ($33), and you need €50 for the veterinarian, a farmer faces a dilemma," she told Welt am Sonntag. "Many find it is too expensive to even pay €20 for the slaughter and the processing plant."

In consequence, according to the paper, tens of thousands of calves are disposed of illegally shortly after birth. Most of the animals are male. Some are simply thrown out with the garbage and end up in slurry pits.

The slaughter of male calves can be compared with the culling of male chicks, which is a hot-button issue in Germany. Some 45 million chicks are gassed or shredded every year in the European country.

However, Green Party lawmaker Anton Hofreiter emphasized that, unlike slaughter of chicks, leaving the calves to die is illegal under German law. Even so, many calves "simply die suffering" if they fall ill, because medical expenses are regarded as too expensive.

Professor Albert Sundrum from the Kassel University echoed the claim.

"If a calf is sick or weak, which is often the case, the farmer does not call a veterinarian for another €50 or €100," the animal health expert told the paper. "He solves the problem himself, for example, by using a hammer."

Herman Onko Aeikens from the German Agricultural Ministry said he has no information about dairy farmers breaking the animal rights' laws. However, if the calves are being killed "it is a clear violation of the law that needs to be prosecuted," Aeikens said.

In turn, Hofreiter said he sees farmers as "victims of an irresponsible system" that puts them under pressure with low prices and export-oriented business models.

In the long term, the problem can be solved by eating less meat "of higher quality and with better animal protection standards," Hofreiter said. The state should make its subsidies dependent on the quality of life for the farm animals, he added.

"This would promote farming in stables or keeping cows on the meadows," according to the Greens lawmaker.