As part of a regional coalition against the Islamist extremists, Chad has sent troops and equipment to neighboring Cameroon. Chadians took to the streets in support of their country's mission. 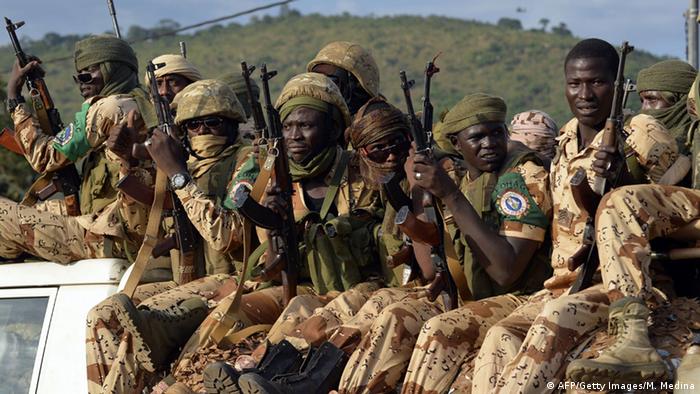 Tens of thousands of people joined a march in the Chadian capital of N'Djamena on Saturday in support of the country's troops leaving for Nigeria and Cameroon to fight Islamist group Boko Haram. Demonstrators waved the national flag and chanted, in both French and Arabic: "Kick the forces of evil out of territory!"

The thousands of Chadian troops received a warm welcome as they crossed the border into Cameroon's Far North region, which has suffered constant attacks by the Islamists.

Bringing with them some 400 vehicles, which includes dozens of tanks according to German news agency DPA, Chadian soldiers could be key to reversing gains made by Boko Haram in the region. Well-trained in desert combat, Chadian forces played an important role in helping the French defeat Islamist extremists who took over northern Mali in 2013.

"We answered the call of (Cameroon's) President Paul Biya. We cannot remain indifferent to what happens to our neighbors," Chadian President Idriss Deby said in a statement.

Cameroon said this week it had killed 143 Boko Haram fighters in what it described as its greatest victory over the jihadist group thus far. The group launched a full-scale attack on the strategic town of Baga earlier this month. Baga stands on the banks of Lake Chad, which straddles the borders of Niger, Nigeria, Chad, and Cameroon. 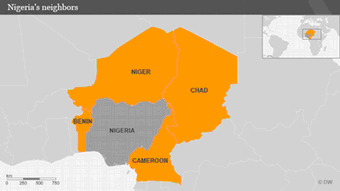 While Cameroon welcomed its neighbor's assistance, the reaction from Nigeria, where Boko Haram killed thousands last year alone, was more reserved in its support for the Chadian mission. "All support for our operations will be welcome, but it must conform with our ongoing operations," a Nigerian army spokesman told AFP news agency.

Boko Haram seeks to establish an Islamic state in Africa. Raids, massacres, and suicide bomb attacks perpetrated by the jihadists have claimed at least 13,000 lives and displaced an estimated 1.5 million.

A surprise visit to insurgency-hit Borno state by Nigerian President Goodluck Jonathan before an election has been written off by displaced persons as a bid to assuage his critics. (16.01.2015)

Why no international outcry over Boko Haram killings in Nigeria?

France, Syria, Somalia, Nigeria: all countries where people have been killed by extremists. But do we view all victims equally or see every attack as equally significant? (14.01.2015)