Bundestag Vice President Thomas Oppermann has died suddenly after collapsing shortly before a TV broadcast. Colleagues from across the political spectrum have expressed their shock. 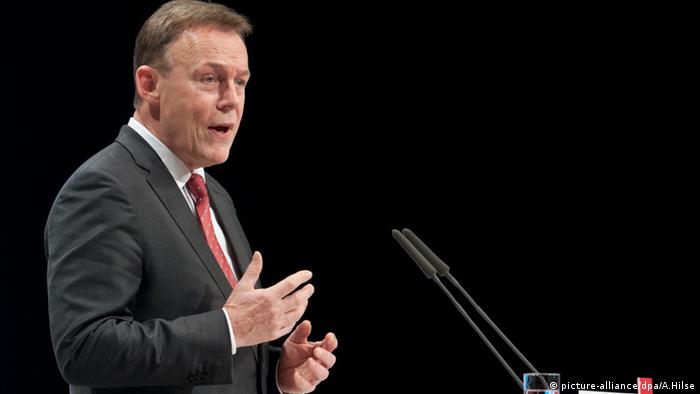 Oppermann collapsed on Sunday evening shortly before he was due to take part in a live TV interview with ZDF. The public broadcaster confirmed his death Monday, saying he had been taken to the hospital after falling ill.

Tributes from across the political spectrum

SPD co-leader Norbert Walter-Borjans called the news of Oppermann's death "a tough shock for us all" in a post on Twitter.

"Thomas Oppermann died suddenly and unexpectedly yesterday," Walter-Borjans wrote. "We are deeply shocked and grieve with his relatives."

"The news of the sudden death of my colleague and comrade Thomas Oppermann fills me with deep sadness," Heil wrote on Twitter. "With passion and intellect, Thomas has done a great service to our country and social democracy. My thoughts are with his family."

Olaf Scholz, the vice chancellor and finance minister who is the SPD's candidate for chancellor in next year's national elections, called Oppermann's death a "shock for us all."

"The country is losing an accomplished politician, the Bundestag an outstanding vice president and the SPD a passionate and fierce comrade," Scholz wrote on Twitter. "We are all losing a friend — and we are sad."

Chancellor Angela Merkel, a member of the conservative Christian Democratic Union which serves in a coalition government with the SPD, said she was "shocked and saddened by the untimely death of Thomas Oppermann."

"I have valued him for many years as a dependable and fair partner in the grand coalition," she said in a statement. "As vice president of the German Bundestag, he did an outstanding service to our parliament in turbulent times."

Who was Thomas Oppermann?

Oppermann was one of five vice presidents of Germany's Bundestag federal parliament, assisting the chamber's President Wolfgang Schäuble in a six-person presidium responsible for chairing debate and coordinating parliament's administration. Oppermann had held that position since 2017.

He launched his political career in 1980. He first became a lawmaker at state level in Lower Saxony in 1990, and went on to serve as science minister. He moved to the national stage in 2005, where he represented the constituency of Göttingen.

High on the PGK’s agenda were disclosures on US global eavesdropping made by ex-NSA contractor and whistleblower Edward Snowden. It also investigated the neo-Nazi NSU scandal, in which 10 people, mostly of migrant origin, were murdered across Germany between 2000 and 2007. Details, however, only became public in 2011.

Just days after that disclosure, Oppermann said: “"I am ashamed that our state was not able to protect the murdered and the many injured from these terrorists," adding that murders by the clandestine NSU cell were "most horrible crimes" experienced in Germany in recent decades.

From 2013 to 2017 he served as the parliamentary party leader for the center-left SPD in the Bundestag. In 2013, he led an opposition demand that parliament apply to the Constitutional Court to ban the neo-Nazi NPD party. 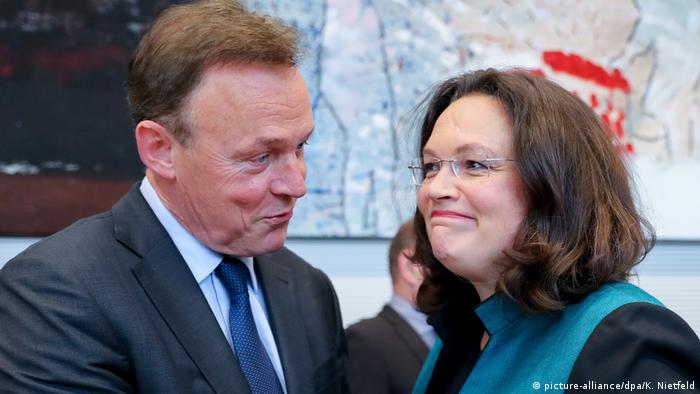 Oppermann had announced in August that he would not seek reelection to the Bundestag in next year's vote.

"After 30 years as a delegate in the Lower Saxony state parliament and in the German Bundestag it's now the right time for me to do something different again and take on new projects," he said at the time.