No one else could fire off such magnificent tirades as Thomas Bernhard, a writer who berated all — poets without talent, Austrian big shots, theater actors with giant egos. These rants inspired literary masterpieces. 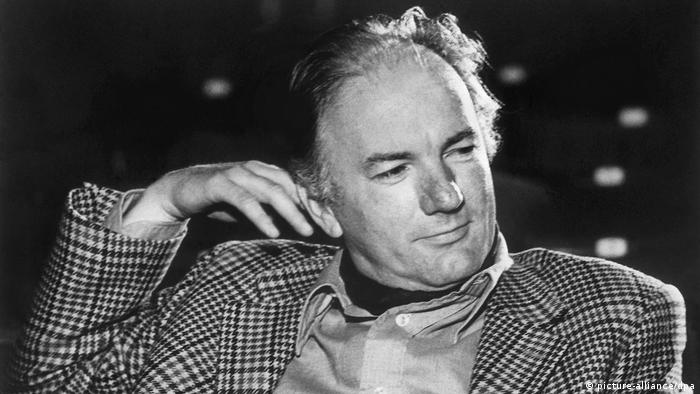 If one only knew Austria through Thomas Bernhard's novels, one might believe that the country is largely populated by arrogant, snobbish and megalomaniacal pseudo-artists who are also small-minded and inclined to repress the past.

But Austria's great literary curmudgeon secretly loved his homeland and worked there his whole life. He might have funneled his disappointment into tirades against his compatriots, but that's exactly why he was celebrated as a writer.

Bernhard's witty and amusing literary diatribes are evident on every page of his 1984 novel, Woodcutters. The book is a classic Bernhard: a kind of chamber play with little action and many bizarre characters who lose their inhibitions in proportion to their increasing alcohol intake.

In the novel, the narrator reluctantly accepts an invitation to an "artist dinner," where he soon discovers talentless poets, overambitious wives and a star guest who is a celebrated actor. The gathering goes on for hours.

"[They] live on and on and on, getting older and older and older, boring themselves out of their minds all their lives and remaining utterly futile," the narrator observes of the dinner guests.

With a champagne glass in his hand, he lolls in an arm chair and looks on at the parade of these "artist dummies" and "society onanists." Razor-sharp observations flow into an endless stream of hatred and contempt.

"In Austria, artistry means for most people to become compliant with the state, and to be tolerated by it, for life. Austrian art is a vulgar and fraudulent means of state opportunism paved with scholarships and prizes and papered with medals and decorations, ending in a cenotaph at the Central Cemetery."

Such malice and contempt gained Bernhard immediate infamy when Woodcutters was published in 1984. Indeed, a composer and former friend of the writer recognized himself in the novel's pages and, believing himself to have been viciously distorted, hired a lawyer to sue the author and stop sales of the book.

Only after complicated negotiations, the novel was able to return to the shelves. But the high-profile lawsuit only served to boost book sales. Bernhard must have been very happy.

While the Austrian could dish it out, he himself was an integral part of the coterie of artists he professed to hate. 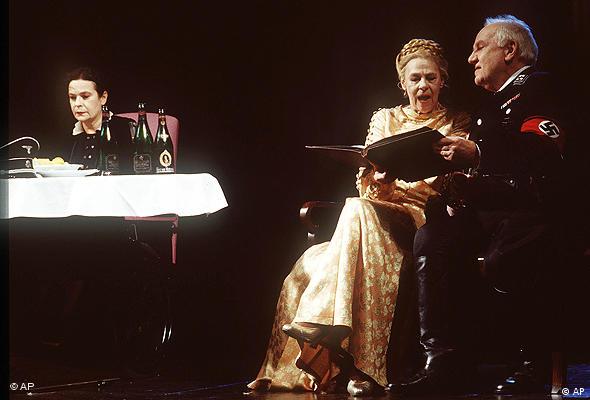 A scene from Thomas Bernhard's play, "Before retirement," being performed at the Vienna's Burgtheater in 1999, a decade after his death

Indeed, though Bernhard reviled Vienna's Burgtheater as a "poet destruction plant" in Woodcutters, in real life he wanted to become director of the renowned house. He did not get the job, however, and from then on Bernhard's offended vanity caused him to forbid the performance of his plays at the theater during his lifetime.

Bernhard's literature is distinguished by this interaction of fiction and reality, of a spitefulness that is both written and lived. Meanwhile, few authors could masterfully lend their stories such distinctive rhythm and melody as this great literary loner.

Thomas Bernhard was born in Heerlen, Netherlands in 1931. He was one of Austria's most influential authors. His poetry, stories, novels and plays formed a Gesamtwerk that is considered one of the most significant of the 20th century. He himself said his work "disturbed and irritated" people. He died in Gmunden, Austria in 1989.