A new study has shown that meditation can suppress genes that cause inflammation. The study touches on epigenetics, a branch of molecular biology which has shaken the belief that our genetic makeup determines our fate. 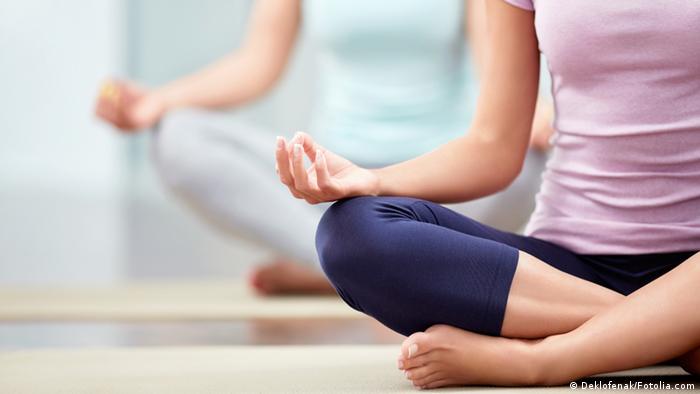 A new study by researchers in Spain, France and the United States has shown that meditation can reduce expression of genes involved in inflammatory processes. Scientists recorded suppression of RIPK2 and COX2 genes, as well as histone deactylase genes, among experienced practitioners of mindfulness meditation in comparison with a control group.

When epigenetics as a field of molecular biology emerged in the early 1990s, it shook the conventional belief that the fate of an organism is predetermined by its genes. By examining the layer of molecules inside the cell nucleus on the genome, epigeneticists were able to understand how genes can be activated or suppressed independent of changes to the DNA sequence.

Bruce Lipton, a developmental biologist and author who said he helped pioneer the field of epigenetics, explained that a chromosome is comprised half of DNA, and half by proteins. "Scientists were focused on the DNA, and threw away the protein - epigenetics says this protein is doing something," Lipton told DW. 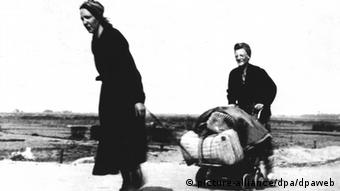 Lipton likened epigenetic control - or control "above the gene" - to the knobs on an old analog television that adjust the color and tint of a program. Environmental factors are like the dials that change the picture, which itself would be the gene. "Although the broadcast hasn't changed, the reading of the broadcast changes the image," Lipton said.

Ritwick Sawarkar, group leader at the Max Planck Institute for Immunobiology and Epigenetics in Freiburg, Germany, explained how changes at the chromatin level can become permanent and heritable - transferable from mother to child, or even from cell to cell within an individual.

Studies in the field have shed light on genetic aspects of, for example, how children of mothers pregnant during the Dutch Hunger Winter suffered heightened disease risk much later in life as a result of their parents' famine. Or how mice pups that were extensively groomed by their mothers reacted more calmly in stressful situations as full-grown mice than their non-licked counterparts.

"I call it nature, nurture and noise," Sawarkar said: or how a being's condition is determined by what it receives at birth, the environment in which it is raised, and what happens to it in the past and present.

In the study, to be published in the February edition of the journal "Psychoneuroendocrinology," subjects showed reduced levels of pro-inflammatory genes after eight hours of meditating, among other alterations in gene-regulating machinery. This correlated with faster physical recovery from stressful situations.

Sawarkar called the study "promising … a very interesting first study that attempts to link behavior to what happens inside the cells." He noted that if meditation can have an immediate affect on inflammation, new chemicals could also be developed that could provide a similar effect.

"What needs to happen next is to follow up in a more mechanistic way," he added, explaining that the study examined only the third step in the process of a person sensing something, then sending a signal, which generates an output that results in changes.

Sawarkar also noted that the study did not prove that the changes were epigenetic in the sense that they were permanent, although he acknowledged this possibility. "It would be nice to take a group of people meditating continuously for a long time, expose them to stress, then compare them with a control group" to see if epigenetic changes were present, he said.

Lipton called the study "another support for behavioral epigenetics, the concept that environment is not just an influence to genetics, but the primary influence." He also said that the study "enhances the concept of meditation as de-stressing," which is important for health, as "stress shuts down growth and maintenance of the body, and the immune system."

Study authors did not respond to repeated DW requests for comment. 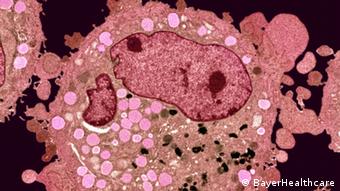 Cancer is a result of cellular mutation, stemming from both genetic blueprint and lifestyle choices

"We do advise our patients to meditate," Irmey said, both for prevention and treatment of cancer. "The attitude of the patient is one of the determining factors in the healing process - research on the placebo effect underlines this fact."

The meditation study is "contrary to many medical fields saying that the genetic map decides what happens to the patient," Irmey added. Further such studies could for example help explain the phenomenon of spontaneous cancer remission, which he said occurs "much more often than conceded by official medical sources."

Sawarkar emphasized how the study shows that "genomes are plastic." He said that though more data were needed, he was "very hopeful that we can learn more to treat and intervene into disease" through such work.

Lipton, meanwhile, is convinced that we can heal ourselves with belief and behavior. He pointed to a study from 2008 which showed how nutritional and lifestyle changes down-regulated expression of pro-cancer genes.

"The mind sees something and translates it to chemistry, which is sent to the body's cells and adjusts epigenetics," Lipton said. One "can change the chemistry of blood with belief," he is convinced.

The public needs more knowledge about behavioral epigenetics, he concluded: "Taking care of your health is a lifestyle problem. You can do something about lifestyle."

A growing awareness of testicular cancer and use of the drug Cisplatin appear to be behind higher survival figures for UK patients with the disease. But experts say men still need to check themselves out more often. (23.08.2013)

Feelings of guilt and hopelessness can put extreme pressure on prisoners. In one German prison, inmates are discovering a new sense of calm with regular meditation that also prepares them for life on the outside. (30.04.2013)