He was once a radical Islamist himself - now, Berlin-based psychologist Ahmad Mansour wants to help young Muslims free themselves from ultra-conservative or radical interpretations of their religion. 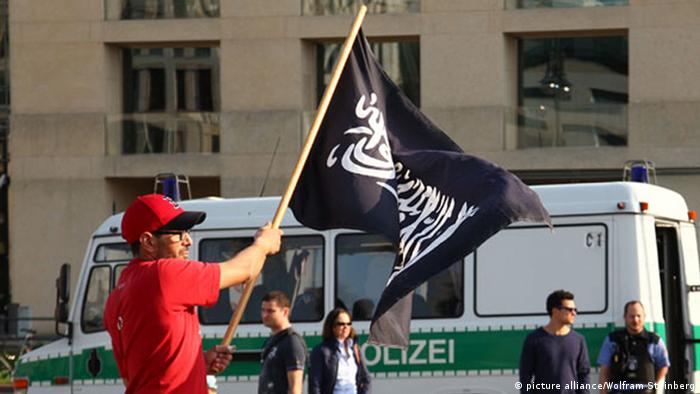 DW: In an essay that recently appeared in German news magazine "Der Spiegel," you argued that Muslims living in Germany should reform their understanding of Islam. How do you envision that happening?

Ahmad Mansour: It's a process that needs time. The main thing is that we show young people an Islam that has nothing to do with radicalism. Islam needs to be freed from fear and the idea of a vengeful God. We also need to rid ourselves of the taboos surrounding sexuality and not just see our faith in a patriarchal way, like our fathers do. Rather, we need to allow doubt and questions in order to move away from a dogmatic belief towards different, more individual interpretations.

Those are ambitious goals. Who should take the initiative? So far there have been no influential reformists, let alone a sort of Muslim Martin Luther. Instead it is hardliners like Qatar-based preacher Yusuf al-Qaradawi who are setting the tone…

I see that as the most important question. Al-Qaradawi is a hindrance, just like many other imams who view Islam as a monopoly and who think that only their interpretation of it is right. In the end, they are doing exactly what the "Islamic State" and al-Qaeda are doing, just in a different way. They are using Islam as a political tool, and that should not be the case! We don't live in Jordan, Saudi Arabia or Gaza, where critical questioning is forbidden. We live in Germany, in a democratic society. If we could just free young Muslims here from this ideology of fear, then maybe we would be able to get through to them better.

You say that we don't live in the Arab world here, but we do live in the age of the Internet. Is it even possible to curb the negative influences you mentioned in a global world? 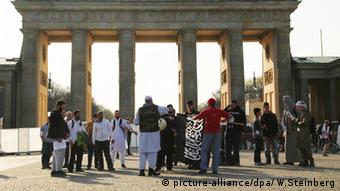 Of course there is no getting around a range of views, including very radical views, being posted on Facebook, for example. But young people should also be offered an alternative, even if that means that they only see people living out their faith differently in their own neighborhood! If they learn to ask critical questions, then they wouldn't be as heavily influenced by such videos on the Internet.

Saudi Arabia, Qatar, and other countries are often accused of politically supporting radical or ultra-conservative Islamic organizations with lots of money. In your experience, does this have an effect on young Muslims in Germany?

Young people don't get anything from all that money - all they get in Europe is a version of Islam that Qatari or Saudi sheiks think is good. They don't get any alternatives. But in Germany, we have the opportunity to create alternatives. We have funds here, which we could invest in preventative measures for example, to counteract such influences.

How and with which partners could this be achieved?

We should first re-evaluate our partners. Most of the Muslim associations here in Germany speak out against radicalism and receive support for their efforts to counteract it. But in my view, these same associations promote radicalism in that they make no effort to question certain statements. They maintain contacts abroad and are often not in a position to ask critical questions. But if we in mainstream society choose our partners well, then we will find people who really want to reform Islam and create a more democratic structure. I also ask myself, for example, why we are currently fighting IS, but don't say one work about the Muslim Brotherhood, which is much more active in Germany. The Muslim Brotherhood is taking on smart people, perhaps with a view to infiltrating this society.

Would you say that here in Germany we are underestimating the Muslim Brotherhood?

Unfortunately, yes, definitely. Out of ignorance, but also because right now the Salafists are the primary target.

It doesn't sound like we have the right conditions for a modernization of Islam. 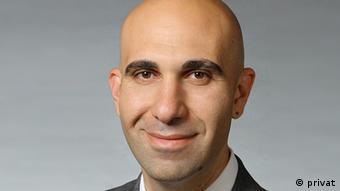 That is part of the problem. We have a lot of politicians who are simply unable to understand what exactly is going on here. But in future we will hopefully have other politicians, and a generation of Muslims who are sick of constantly being the victims of radicalism. This sort of process starts in the schools, then extends to politics, and then it becomes part of the inner-Muslim debate. That's the only way we can achieve our goals. Admittedly, I don't see any great chance for this right now, but we can't give up! We have to carry on and continue to give young people alternatives.

There have been calls for reform in both Arab world and Europe for years now. But none of the attempts have been successful so far.

It's not about success or failure. There is simply no getting around the fact that we have to reform our religion. Otherwise we will have to stand by and watch as ever more young people turn radical and reject the values of this society.

Do the Muslim associations here have a responsibility in your view?

Yes. People who are living spiritual lives have nothing to do with IS. But people who see certain ideas as part of their religion are making radicalization possible. I'm talking about the type of ideas that, for example, promote the view of a vengeful God and the ideology of fear associated with that. Given such ideology, it's hardly surprising if young people think: if I'm going to be punished by God no matter what, then maybe it is better for me to go to Iraq and die a martyr. Or that they decide that they don't want to be a victim anymore so they would rather go and fight for an Islamic state and join IS. If we want to reach deeper, we have to be in a position to question such messages. Our religion won't suffer if we do this, rather it will become stronger.

Given your views on reforming Islam, do you see yourself as an outsider within the Muslim community?

No. I want to hear more critical voices. I'm a Muslim who works with young people. That's my day to day work, that's my passion, and that's what I want to keep on doing. I care about this issue, not about becoming a public figure. And it's certainly not about claiming that Islam is bad or impossible to reform. I'm a Muslim myself, and I want to show young people an Islam that they can live with in Europe, together with other cultures and other religions, without having to become radical.

Ahmad Mansour was born a Palestinian in Israel in 1976. He is a certified psychologist in Berlin and works with young Muslims on different projects dealing with Islam, radicalization, and gender equality. In mid-September, Mansour was awarded the Moses Mendelssohn prize by the state of Berlin for his work promoting tolerance in Germany.

A young German who allegedly fought for the "Islamic State" faces trial. Western countries are desperately searching for ways to stop the spread of Islamist propaganda and the growing number of young jihad recruits. (14.09.2014)