A year since it was published, a politically correct German translation of the Bible remains controversial. Germany's top Protestants have called it an adulteration, but even critics admit it has its uses. 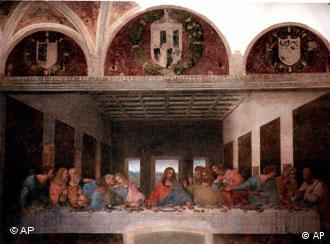 The PC Bible has women at the table, too

The "Bibel in gerechter Sprache," or the Bible in equitable language, was meant as a modern translation that would make women more visible, correct anti-Jewish formulations and draw attention to social issues. But the 2,400-page book has polarized both theologians and laypeople, some of whom feel like their beliefs are under attack.

"The Bible doesn't only offer paradigms, but rather it speaks to the heart of people's existence," said Pastor Margit Büttner. "When that's suddenly called into question, when suddenly I'm not supposed to pray 'our Father in heaven,' but am told: Jesus instructed his male and female disciples, you should pray: Our Father and Mother in heaven -- that can put off people."

The new translation, the work of more than 50 theologians, consistently mentions women wherever men are mentioned, even at the risk of distorting the Bible's historical setting and departing from the Hebrew and Greek originals. Thus the book refers to female and male rabbis, although the first women rabbis were not ordained until the 1970s.

A critic herself, Catholic theologian Helen Schüngel-Straumann said a new approach had been long overdue. 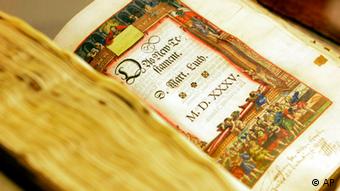 The PC Bible is a far cry from Martin Luther's version

For years, we as feminist theologians… had fought for something to happen when it came to equitable language," she said, adding that it had been high on their agenda for decades.

Still, she disapproves of the new translation, which she said falsified historical truth. It blurs social relations within a patriarchal society, which is important to grasp to understand the text, she said.

The Swiss theologian did view as positive the departure from the traditional perception of God as male. But she said the new translation could not replace previous versions, including that of Martin Luther, adding that it was instead useful to provoke thought.

Despite her reservations, Pastor Büttner also sees benefits to the project, which has succeeded in drawing new attention to the Bible. She has seen it spark criticism of the church, she said -- at least from Catholics.

"If it actually becomes accepted that there were female apostles, the Catholic Church can't remain as it is," the Protestant said.

A German Catholic diocese has decided to apply its expertise in morality to the region's powerful business landscape by creating a management-consulting brand based on church ethics. (16.10.2007)

What is your opinion of modern translations of the Bible? Please include your name and country in your reply.