She was the first African-American writer to win a Nobel Prize for Literature in 1993. She also won the Pulitzer Prize for fiction in 1988, for her novel "Beloved" and was awarded the Presidential Medal of Freedom. 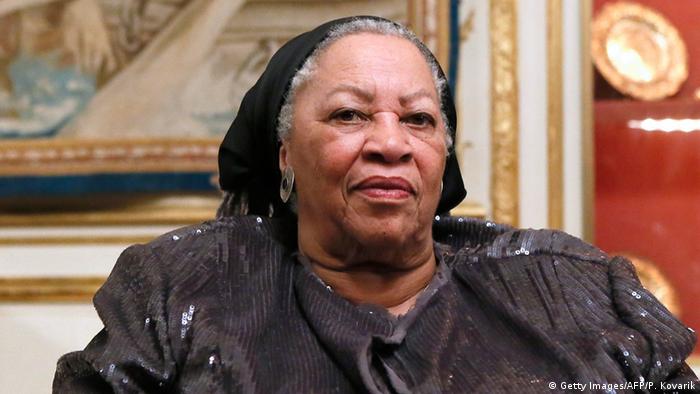 "Toni Morrison's prose brings us that kind of moral and emotional intensity that few writers ever attempt," then-president Barack Obama said as he awarded her the Presidential Medal of Freedom in 2012.

Her Pulitzer Prize-winning novel, Beloved, published in 1987, became her best-known work. Based on real events, it tells the story of a former US slave after the Civil War.

Toni Morrison was born as Chloe Wofford in Lorain, Ohio, in 1931. She was the second of four children in a black working-class family and grew up in an ethnically mixed neighborhood with African-Americans, Poles, Italians, and Jews. As a child, she enjoyed reading classic novels by Tolstoy and Jane Austen and listening to the African-American folk tales her father George Wofford told her. Later, he took a second job to support her through college.

She wrote her first novel, The Bluest Eyes, in 1970, while working as an editor at a famous publishing house and caring for two small sons as a divorced mother. 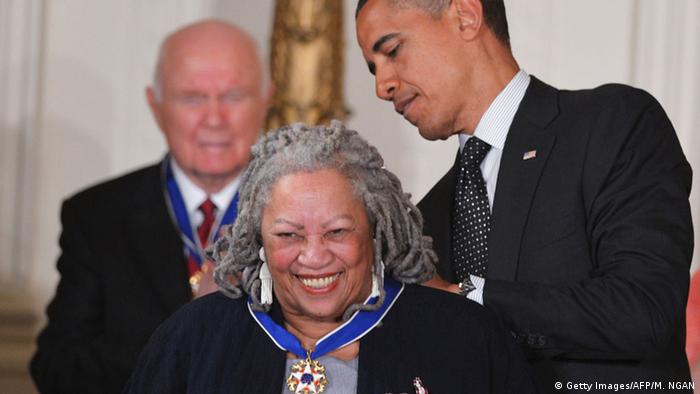 She was concerned about the feelings of "the most vulnerable characters, who never held the center stage." So she chose to explore the story of a marginalized black girl abused by her own father. Pecola Breedlove prays each night for blue eyes, believing that everything would be right if she was a white, blonde and blue-eyed beauty like the child actress Shirley Temple.

In an interview with The Guardian, Toni Morrison recalled that a black girl from her school in Ohio had expressed the strong wish for this typical "white" beauty, which struck the future writer as an expression of self-loathing.

She told the New York Times that the books she edited and wrote were her contribution to the civil rights movement in the US.

When she became the first African-American author to receive the Nobel Prize for Literature in 1993, the permanent secretary of the Swedish Academy, Sture Allen, emphasized that she "has given the African-American people their history back, piece by piece" in her depictions of the world of black people. The most enduring impression her novels leave "is of empathy, compassion with one's fellow human beings," he said in his award ceremony speech.

Toni Morrison explained that she refused to present an ideal, rejecting any "uplifting black rhetoric." Instead, she wanted to "reveal and ask questions." 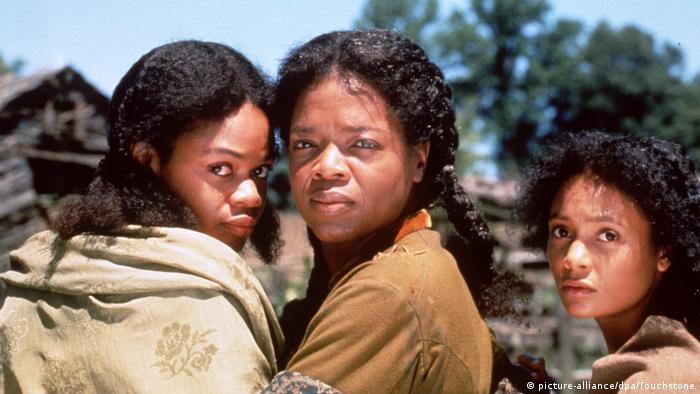 "Beloved" was adapted into a film starring Oprah Winfrey

No simple notions of good and evil

Her most famous novel, Beloved (1987), was inspired by a harrowing true story which Morrison first thought was "inaccessible to art." In the 19th century, a runaway slave named Margaret Garner killed her baby daughter to spare her a life of captivity and abuse when they were found by the slave masters.

"The heroine would represent the unapologetic acceptance of shame and terror; assume the consequences of choosing infanticide; claim her own freedom," the author wrote in the foreword to a later edition of Beloved.

The protagonist Sethe and her teenage daughter are haunted by the ghost of the child: "Who would have thought that a little old baby could harbor so much rage?" To Sethe, killing the baby girl was an act of love, because she wanted to protect her from what was "worse than death" — that the white slave masters "could not just work, kill or maim you, but dirty you. (…) Dirty you so bad you forgot who you were and couldn't think it up. (...) She could never let that happen to her own."

Toni Morrison wrote about the horrors of slavery and racism with compassion and fury, questioning any simple notions of good and evil. 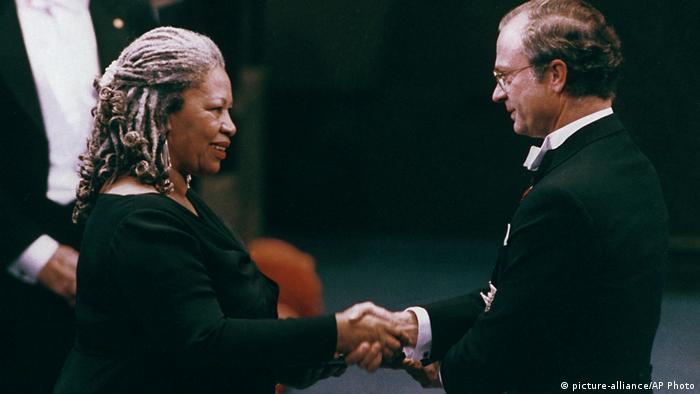 She also explored different aspects of the psychology of racism in her most recent novels. In God Help the Child (2015), a successful young career woman in contemporary America still suffers because of her mother's lack of affection. The reason behind this coldness is the color of the protagonist's skin: "She was so black she scared me. I wish she hadn't been born with this terrible color," the more light-skinned African-American mother thinks after giving birth to her. To make her estranged mother proud, the little girl tells a lie in court, which leads to the imprisonment of an innocent woman.

Toni Morrison's books are both critically acclaimed and read by millions. Her novels are studied and discussed in schools and universities all over the US and many other countries.

She was asked several times if she would not write a book about white people some day — a question that always annoyed her. "What is behind that question is, there's the center, which is white, and then there are these regional blacks or Asians, or any sort of marginal people," she told the literary magazine The Paris Review.

In her opinion, the question implied, "You write well enough, you could come into the center if you wanted to. (…) And I'm saying, Yeah, well, I'm gonna stay out here on the margin, and let the center look for me."

An unpublished story, written more than a century ago by British children's author Beatrix Potter, has been found at the Victoria and Albert Museum in London. "The Tale of Kitty-In-Boots" will be published in September. (26.01.2016)