Trailer: The Stasi and the Berlin Wall

By the time the Wall fell, in 1989, thousands of Stasi agents were employed with a single goal: to make the Wall insurmountable. 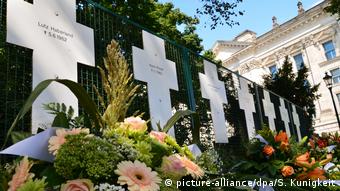 The film tells the story of this existentially symbiotic relationship from the perspective of the Stasi under its notorious leader Erich Mielke. It’s the first time this most sensitive chapter of East Germany's history has been told in such an exemplary and coherent way: including the deaths that took place at the Wall, and the cover-up and concealment of many of those murders. 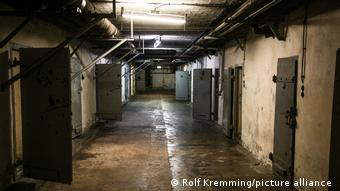 We learn about the arrests and imprisonment of tens of thousands of refugees, as well as the Stasi’s elaborate construction of tunnels and underground listening stations to track down tunnel diggers. From the billion-dollar business of selling GDR prisoners to West Germany, to the "filtering" of Western traffic at border crossings to recruit unofficial collaborators, Mielke's specialists were everywhere.

We see how Mielke's power grew, as the Wall and the border system were perfected, and how the walling-in of the population created more and more work for the Stasi. The Wall became the Stasi’s main field of activity, and its daily bread.

The fall of the Wall brought an abrupt end to both East Germany and its security apparatus. An irony of history is that, on November 9, 1989, it was a Stasi man who opened the first barrier on Bornholmer Strasse and thus initiated the fall of the Berlin Wall.

Trailer: The Stasi and the Berlin Wall