The risk of arming local militias in Afghanistan′s Kunduz | Asia| An in-depth look at news from across the continent | DW | 03.06.2015

The risk of arming local militias in Afghanistan's Kunduz

The province of Kunduz has been besieged by the Taliban fighters for weeks now. Afghanistan's security forces can only thwart the insurgents with the help of local militias and foreign assistance. But that has a price. 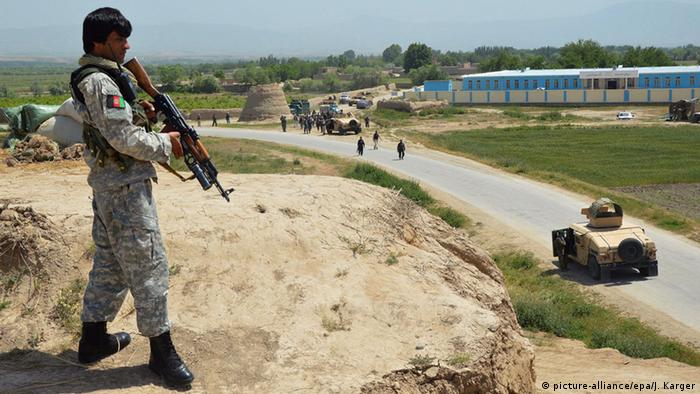 There is little hope for government forces in the northern Afghan province of Kunduz, which has been under attack by the Taliban since April. It is true, however, that the situation is not as volatile as it was some days ago.

According to Kunduz's police chief, Afghan security forces have made significant progress against the Taliban. "Our troops have taken control in some districts of the city, as well as the city center," General Abdul Sabur Nasrati said. "Our enemies have suffered huge losses," he added.

The optimism is shared by the provincial governor, Mohammad Omar Safi, who says that things have changed in Kunduz: "All areas that were under Taliban control have been recaptured."

At the same time, Safi is cautious. "We are making good progress, but the resistance is still quite big," he said. 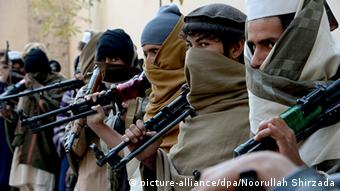 The Taliban begin their spring offensive in many parts of Afghanistan

The fighting rages on in almost all of Afghanistan's provinces. Hundreds of Islamist militants continue to attack army posts and checkpoints - a new tactic that is overwhelming the local security forces.

Militancy in Kunduz is not a new phenomenon; it's been going on sporadically since the 1990s. After the US invasion of Afghanistan in 2001, it was mainly about the distribution of power. "The disadvantaged people in Kunduz joined the Taliban against the hegemony of the powerful Jamiat-e Islami party in the local government," Philipp Münch, an expert at the German Institute for International and Security Affairs (SWP) in Berlin, told DW.

"The exiled Taliban leaders in Pakistan supported their rebellion and provided them with experienced commanders, fighters, weapons experts and other resources," Münch added.

Analysts say there is ample evidence that the Taliban leadership in Pakistan has lent full support to the latest Kunduz fighting. According to Safi, the offensive is being orchestrated by Mullah Abdul Salam from the western Pakistani city of Quetta.

Some 15,000 people have fled the fighting between government troops and Taliban militants in Afghanistan's northern Kunduz Province. Both the government and international aid organizations seem overwhelmed. (05.05.2015)

The northern Afghan city of Kunduz is a symbol for Germany. It was meant to be a showcase project of German development policy. But the early signs of success weren't enough to prevent the West's failure in the region. (29.04.2015)

According to reports, there is a significantly high number of foreign fighters in Kunduz. "Both foreign and local Taliban are involved in the fighting," Safi said. "About 2,000 militants belong to the Taliban carrying a white flag. Another group of fighters belonging to the 'Islamic State' group are fighting under a black banner. We are sure about this because we have identified the dead fighters," the governor added.

It was feared that Kunduz would fall to the Taliban. Münch says that Afghan security forces have only been able to fight back thanks to external financial and logistical help.

"Nothing indicates that the Afghan government can gradually raise funds for the country's security until 2024," Münch said. "This year, the US continued to support the Afghan security forces with airstrikes on certain occasions. It was not part of its initial plans."

Thousands of Kunduz residents have joined local militias and are fighting alongside Afghan security forces against the Taliban. Most of these people are former fighters who took part in the Afghan civil war in the early 1990s.

Assadullah, who had to flee the city during clashes between insurgents and Afghan troops, is now engaged in another battle in Kunduz. "I have fought as a mujahid (warrior) 15 years ago. Now I am forced to resume the fight to defend my country. I am ready," he told DW. 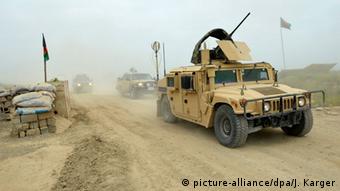 Can the Afghan army secure Kunduz without help from the West?

Afghanistan's government has welcomed the support from the local militias. The militias claim that they have received ammunition from the government. Kabul denies it. Some analysts fear that the arbitrary act of arming lawless groups that are not subordinate to the state could backfire. Kunduz lawmakers, including Kemal Safi, are apprehensive about this development. "We have a weak state and powerful militias. They are not answerable to anyone. The current situation might lead to another crisis," Kemal Safi said.

Can the fighting spread?

The battle in Kunduz raises a pertinent question: Can the Taliban replicate their short-term Kunduz success in other provinces of the country?

Mohammad Zaher, a military expert, is of the view that the Taliban have been fighting for the past few months in other provinces; however, so far their main focus has been on Kunduz. "The Taliban are also fighting in Takhar and Badakhshan. So far, they have not been able to gain ground in these areas," Zaher told DW.

But the question remains: How long will the status quo last?

Mohammad Saber Yosofy contributed to this story from Kunduz .