The rapid rise of Ukraine′s Volodymyr Groysman | Europe | News and current affairs from around the continent | DW | 12.04.2016 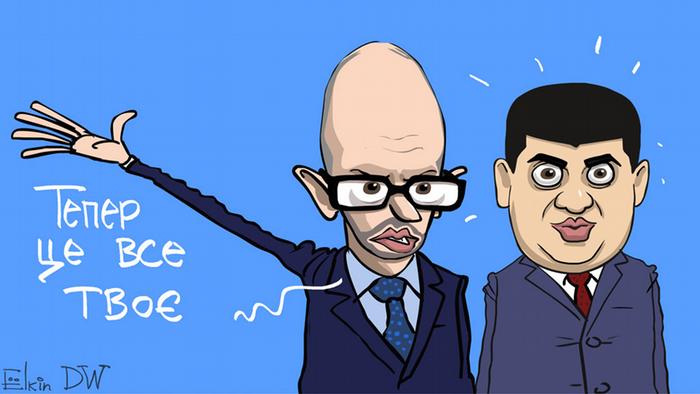 When Arseniy Yatsenyuk (above left) took stock of the situation as he addressed the Ukrainian parliament in mid-February, it sounded like a farewell speech: "Listen up, this may be the last you hear from me," pleaded the prime minister with the buoyant representatives. "Why so pessimistic?" retorted parliamentary speaker Volodymyr Groysman (above right), with a hint of irony. At the time, Yatsenyuk was facing a vote of no confidence, now, less than two months later, he has resigned. His ruling coalition has fallen apart and criticism of slow progress on reforms has become ever louder. The parliament is set to elect Groysman as his replacement in the coming days.

With that, the 38-year-old politician will assume the position that President Petro Poroshenko had eyed for him a year and a half ago. According to Ukrainian media reports he was Poroshenko's preferred candidate for the position in the fall of 2014. However, the surprising electoral success of Yatsenyuk's "People's Front" in parliamentary elections kept that from happening. Groysman then became speaker of the parliament. Now, Poroshenko is about to get what he wanted back then: a government led by a close confidante.

The constitution defines Ukraine as a parliamentary democracy in which the prime minister has greater powers than the president. Poroshenko felt forced to deal with his political opponent Yatsenyuk. In contrast, Poroshenko sees Groysman as a loyal follower. "Groysman is flexible and dependable," the Kyiv-based political expert Anatoli Okstyuk told DW in an interview. "The president, his political patron, can count on him." Groysman will be "Poroshenko's right hand" in the executive branch. 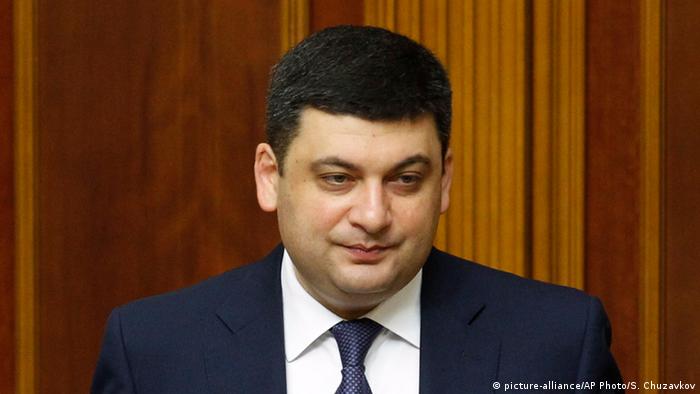 Volodymyr Groysman is the heir apparent for Ukrainian prime minister

Overachiever from the provinces

In terms of age, Yatsenyuk and Groysman are both of the same generation. The outgoing prime minister is only four years older than his presumed replacement. Yet there are worlds between them. When Yatsenyuk first became prime minister after the victory of his pro-Western protest movement in late February 2014, he could look back on a long political career: Deputy chief executive of the national bank, economics minister, foreign minister, speaker of the parliament and leader of the country's largest opposition party. Thus Yatsenyuk has a reputation as being part of the old political establishment. An establishment that is perceived as being corrupt and unable to reform itself.

In contrast, Groysman is a shooting star and seems relatively fresh. He has only been known to a broader public for the last two years. After the transition of power in Kyiv, Groysman was named minister for regional development in the first Yatsenyuk government. Until then, the life of the young politician and family father was closely tied to his central Ukrainian home of Vinnytsia, roughly 260 kilometers (160 miles) southwest of Kyiv.

As a student, Groysman earned money by working for his father, a businessman. Later he became director of his father's company. He studied law, and then later, economics. His political career began in 2002, when he was voted into the Vinnytsia city council. In the aftermath of the so-called "Orange Revolution" in 2004, when pro-Western politician Viktor Yushchenko became president, Groysman joined the "Our Ukraine" party. Two years later the 28-year-old was elected mayor of Vinnytsia, becoming the youngest mayor in the country. He was re-elected in 2010.

It was in Vinnytsia that Groysman met Petro Poroshenko. The city is known as the informal headquarters of Poroshenko's chocolate manufacturing company Roshen. The sitting president still owns a confectionary factory in Vinnytsia, and has often won direct mandates for parliament there. Like Poroshenko, Groysman was a successful businessman before entering politics. According to his income statement as speaker of the parliament, Groysman and his wife earned around three million Ukrainian hryvnia (around 100,000 euros / 114,000 dollars) in 2015 - in a country where average annual income is around 2,500 euro (2,800 dollars).

Groysman earned a positive reputation as mayor early on. His streetcar project is especially famous. When the city of Zurich gave Vinnytsia more than 100 used streetcars, Groysman had WLAN installed in the trains so that citizens could surf the internet for free while riding. Moreover, he fixed many dilapidated streets and saw to it that city authorities became more transparent and customer friendly. 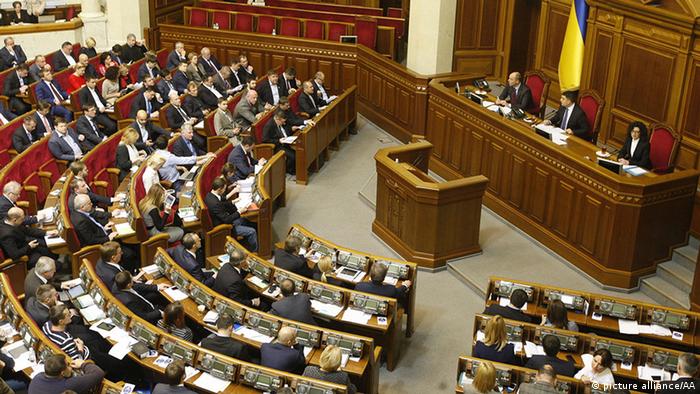 Despite two years serving in high political posts in Kyiv, Groysman is seen as an unknown quantity. He has exhibited an inconspicuous style as a minister and as speaker of the parliament. The politician is known as someone who can de-escalate conflicts and negotiate compromises. But above all, Groysman is seen as a close confidant of President Poroshenko. He was elected as a candidate on the Poroshenko "Solidarity" party ballot, and unlike Yatsenyuk, he has no political party of his own behind him.

Another difference to Yatsenyuk is the fact that Groysman is not fluent in English. In this respect he also poses no threat to Poroshenko, who likes to show off his English skills.

Groysman gave a hint as to what his policies as prime minister might look like when he outlined them in an article that appeared in the Saturday edition of the Kyiv weekly newspaper "Dzerkalo Tyschnia." He affirmed Ukraine's Western orientation, and promised reforms to the justice system and the public services sector. Yet there were no big plans: there simply aren't any new initiatives for that.

Prime Minister Arseniy Yatsenyuk has resigned his post, paving the way for a new government. The embattled prime minister has seen his approval ratings plunge. (10.04.2016)

The Ukrainian president is sticking to the course he's been steering toward the EU, yet some critics blame him for the results of a Dutch referendum in which a majority of voters rejected the EU-Ukraine accord. (07.04.2016)