Prime Minister Arseniy Yatsenyuk has resigned his post, paving the way for a new government. The embattled prime minister has seen his approval ratings plunge. 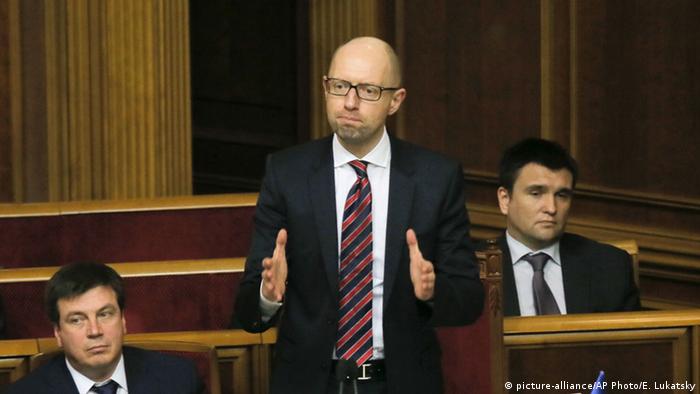 Following months of political turmoil, Ukraine's Prime Minister Arseniy Yatsenyuk on Sunday announced in a televised address that he would resign on Tuesday.

Yatsenyuk survived a no-confidence motion in his pro-EU government on February 16, but two parties quit the governing coalition, taking away the coalition's majority in parliament.

The vote came after President Petro Poroshenko asked Yatsenyuk to step aside. The prime minister's public approval ratings have plunged to single digits. 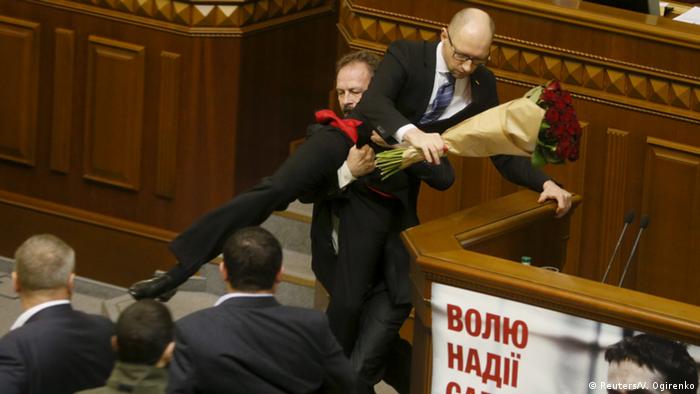 Yatsenyuk was carried off the tribune in parliament in one of several brawls to occur in the chamber.

But the hopes born out of the pro-EU Maidan protests have been shattered by war with pro-Russian separatists in the east and economic suffering.

The Ukrainian government has failed to battle endemic corruption, cronyism and powerful oligarchs, causing both the public and the country's Western backers to loose faith in the government.

Europe and the United States have called for sweeping reforms for the country to receive much needed international financial aid.

If parliament fails to form a new coalition government and agree on a prime minister the country could head to early elections, something both Poroshenko and Ukraine's Western backers have sought to avoid amid concern it would slow down reforms and lead to further instability.