Six years to prepare — a museum doesn't often have that much time. "It was a rare stroke of luck," confirmed Sabine Haag, director of the Kunsthistorisches Museum in Vienna.

The point of departure for the current Pieter Bruegel exhibition was a research project that began in 2012. The wooden panels on which the famous Renaissance artist painted were to be restored. The collection of the Vienna Museum contains 12 of the 40 surviving paintings by Pieter Bruegel the Elder.

New findings thanks to technology

The first step was to examine the image carriers, said Haag. Various technologies were used, for example, infrared photography to make signatures or drawing visible under the layers of paint, or X-rays to examine the carriers themselves — the painted wood, for instance — to determine what primer and color pigments were used.

"The investigations showed, for example, that under the layers of paint, there were drawings that were hidden and have hardly been researched so far," said Haag. "It was extremely exciting to see how Bruegel worked: if he normally primed the boards; if he made preliminary drawings; if changes were made."

The restorers were thus able to follow the process of creation of the respective picture, which not only contributes to a better understanding of the artist, but also provides important insights to better address conservation and restoration issues. 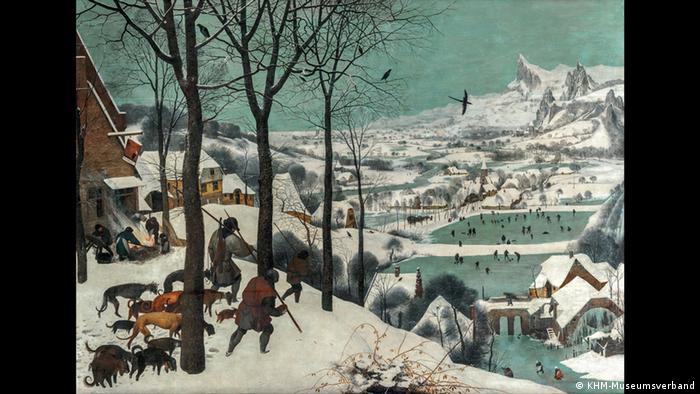 The results were so considerable that the idea of a large Pieter Bruegel show was born. The response from international lenders was also intense. "We are receiving about 30 of the total of 40 preserved paintings, plus half of all preserved drawings and prints," Haag said. "Altogether we have about 90 works by Pieter Bruegel in this exhibition, which is very unusual. We hadn't even dreamed of that."

Especially since transporting the works of art has not been an easy task. "Wooden panels are usually very delicate, very fragile. For example, they are very susceptible to climatic fluctuations and changes in humidity," Haag pointed out. "This must always be considered: Do you want to expose the wooden panels to transport, to a change of location?"

The resulting exhibition is the largest collection of Pieter Bruegel's paintings shown in one place ever. "Many of the paintings have not been together for over 200 or 300 years, although they may have originally formed a series," said Haag. "This is an once-in-a-lifetime opportunity." 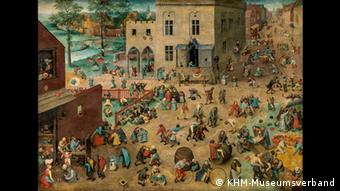 Searching for hidden objects in one of Bruegel's paintings

Pieter Bruegel's pictures are very detailed; some of them remind you of today's popular seek-and-find picture books.

The website www.insidebruegel.net, which goes online parallel to the exhibition, offers visitors the chance to view the world of Pieter Bruegel digitally. One can dive into the artist's world of images and zoom in on individual paintings and analyze its details.

The exhibition "Bruegel" — to mark the 450th anniversary of the death of Pieter Bruegel the Elder — can be viewed at Vienna's Kunsthistorisches Museum from October 2, 2018 to January 19, 2019.

He was more than just the major painter of the Reformation. He was also a good entrepreneur who knew how to sell his art. Works by Lucas Cranach, the Elder, can now be admired in a major exhibition in Dusseldorf. (10.04.2017)

Munich-based artist Martina Singer recreates Brueghel's famous painting "Census on Bethlehem" with over 200 figurines. The model is on display at the Bavarian National Museum in Munich. (27.12.2016)

Renaissance painter Botticelli's dark side revealed in new film - but did he have one?

His "Birth of Venus" is a world-famous masterpiece. But Renaissance painter Sando Botticelli also depicted Dante's vision of Hell. Ralph Loop's new film offers a view into that universe - and the artist's darker side. (04.11.2016)