′The people must become the government′ | World | Breaking news and perspectives from around the globe | DW | 19.09.2013

'The people must become the government'

Two years ago Occupy Wall Street took to the streets of New York to fight for what it called the 99 percent. Micah White, credited as one of the movement's creators, tells DW why Occupy fizzled and he moved to Oregon. 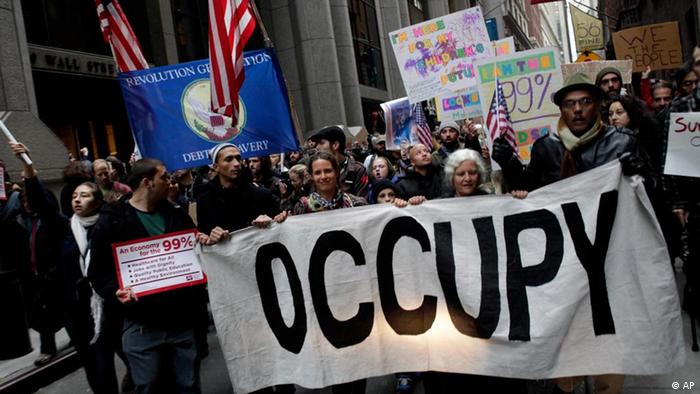 Micah White is regarded as being a co-initiator of Occupy Wall Street. He lives in rural Oregon.

DW: Two years ago this week you were launching the Occupy Wall Street movement in New York to end the greed and corruption of the richest 1 percent of the population and start a global revolution. Now, two years later, you live in rural Oregon and Occupy Wall Street has all but vanished and according to the latest data the income gap between the 99 and the 1 percent last year reached a new record. What went wrong?

Micah White: I don't think that anything went wrong. The whole world basically had an uprising in 2011 and 2012 that revealed some fatal assumptions that the left had about political change. And one of those assumptions that we had in America was that if you build a social protest movement that had the majority of people on its side and that petitioned the government with a demand that it understood and that it was fair and just and that the government would respond with that and that it would change. But we kind of miscalculated. They weren't willing to respond to that critique. So we see that the government is more intransigent to change. We realized that protests alone won't be sufficient to correct the kind of systemic problems that we have in America. And so I think we are looking to other kinds of ways.

If you could do it all over again what would you have done differently? 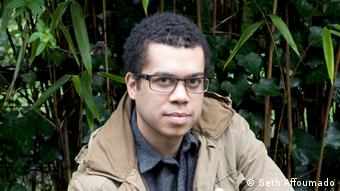 It's hard to make these kinds of calculations. Because on the one side you have to say things played out the way they had to. I think we tested certain assumptions. One of the assumptions we tested is that there is a way to go directly from street mobilization to political legitimacy. I think we had to test that assumption before we were willing to move on to the more difficult task which I think is basically becoming the government through winning populous election victories which is what we are seeing now happening in places like Italy and Greece across Europe, the birth of these political parties. That was something that wasn't possible in North America because people wouldn't have wanted to use that tactic until now when they see that the only alternative is to create another Occupy Wall Street that fizzles because protest alone is no longer sufficient.

The thing that's going on right now is you create these things that resonated and that manifest itself each in its own local way. I think in the beginning Occupy was too focused on the idea that the same model should replicated pretty much everywhere. I like that we are now seeing a splintering happening.

Did Occupy Wall Street, the US original brand so to speak, effect any tangible change?

The one thing that it did which I think people will see as the most profound impact is that it created a new generation of revolutionaries in America. Prior to Occupy Wall Street we in North America were in a 10-year period where we had just come out of the anti-war failure of 2003 and until Occupy Wall Street there was essentially no activism happening in North America. So Occupy Wall Street not only activated a large percentage of the youth, but it taught them about their own power and their ability to spark this kind of viral social movements so that the real tangible change is that we have done the first step to train a large number of people in the tactics of protest. I think the next step to achieve the kind of tangible legislative and governmental change that we now need, will be to take that raw mass of people and spark another kind of movement that's quite different.

Occupy Wall Street prided itself on its leaderless movement approach without clearly defined goals. Do you still think this is the right strategy to effect real change in advanced, media-driven Western societies like the US?

Yes I do. Horizontal volunteerism which is what Occupy really worked on, the idea that are going to volunteer because you become an equal member of entity that you are working with, I think that that core idea is still one of the most powerful ideas of the 21st century and that it will birth a political movement that will take power somewhere in the world. Occupy was extremely efficient. And it was extremely creative at problem solving. And for the brief moment that it was working, for about 28 days when Occupy was at its peak, it was growing at a rate like nothing had grown that fast before. There were 300 to 500 new encampments every 12 hours around the world. The leaderless approach is still the solution to the problem.

What have you learned concretely from the mistakes of Occupy Wall Street?

The concrete thing that we have learned is that it is time for us to give birth to political parties in America that will break the back of duopoly. In America right now we have two political parties that are basically exactly the same and they have an iron grip on power in this country. Coming into 2014 we are going to have a (midterm - the ed.) election and in 2016 we are going to have a presidential election. And what I am going to be working on is trying to create a social movement that elects bottom-up leaders. I think that it is time to become the government. Since our government is so illegitimate, the people must become the government.

A lot of people and movements like Ross Perot or the green movement have tried to build third parties in the US and failed. Why do think you will succeed?

Maybe because I think the time is absolutely ripe for it. I don't see any other solution to the political impasse that we are at right now in the government. The American government is essentially in a political lock and stasis. And the only way to get out of it is some sort of new leadership. Previously we had tried too much to focus on influencing our representatives and protesting in the streets whereas now it is a matter of becoming the government. And now we have a few more tricks up our sleeve. We have this viral ability to emerge most unexpectedly and to swarm the streets. I think this will play to our advantage too as we head toward the elections.

You have relocated to rural Oregon, but still describe yourself as activist. What are you doing these days?

I am the founder of a boutique activist consultancy and we are trying to create the tools and tactics of the next social uprising. America has been too centered on its urban culture and what is going on in New York City, Los Angeles and these financial hubs like Seattle. But there is this much larger, rural America, the America that is really suffering under the economic situation. Where I live is one of the poorest areas in Oregon and what we are going to do is build a social movement that takes power back from this corrupt government and returns it to the people - these people being the poor and hard-working people of America.

Police have stopped many protestors from reaching the ECB, saying some participants were disturbing the peace. Thousands are occupying Germany's financial capital, Frankfurt am Main, to protest EU austerity policies. (01.06.2013)

One year ago, Occupy Wall Street burst into sight. Reactions to it ranged from peculiar to ineffectual and even revolting. In truth, writes Todd Gitlin, it was both mysterious and deeply revealing of a national shift. (13.09.2012)

Ukraine rejects humanitarian corridors that lead to Russia — as it happened 07.03.2022

Ukraine has said humanitarian corridors out of Kyiv, Kharkiv, Mariupol and Sumy that lead to Russia and Belarus are "immoral." Russia and Ukraine's top diplomats are set to meet later this week.