The path to power in Iraq is through its provinces | World| Breaking news and perspectives from around the globe | DW | 27.04.2013

The path to power in Iraq is through its provinces

Iraqi Prime Minister Nuri al-Maliki used the country's provincial elections to shore up his power base. But a new onslaught of violence overshadowed the vote and could bring down the central government in Baghdad. 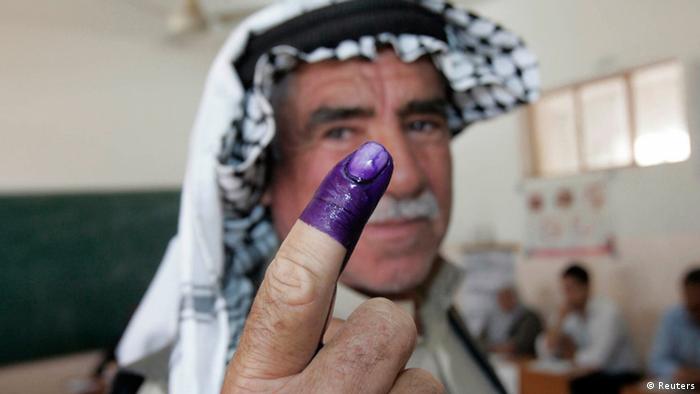 Hamid had a purple finger before anybody else did. He's a policeman in Baghdad and had to dip his finger in ink to vote one week before the official provincial council elections. During the ballot on Saturday (20.04.2013) - the first ones since the Americans left Iraq - security forces had to work around the clock. Neither the 400,000 police officers, nor the 250,000 soldiers got a break.

Iraq has seen bloody weeks full of violence recently. A series of terror attacks overshadowed the election campaign. Protests and uprisings accompanied the days before and after the voting in the third provincial elections since Saddam Hussein was toppled in 2003.

Maliki leads in the provinces 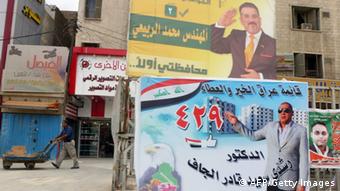 The rule-of-law-coalition, headed by Prime Minister Nuri al-Maliki, won in eight of the 12 provinces in the regional ballot. With 87 percent of the votes counted, al-Maliki is ahead by a large margin. His rival, Muqtada al-Sadr, only carried Misan province. His Ahrar party lost votes everywhere else, especially in the southern city of Basra.

While al-Maliki has good reason to celebrate in the provinces, he's losing ministers by the dozen in Baghdad. The government faces collapse. Only 11 of the 35 ministerial positions are occupied. Some ministers have taken over two or even three portfolios to bridge the gap. Al-Maliki himself is not only prime minister, but also defense- and interior minister. 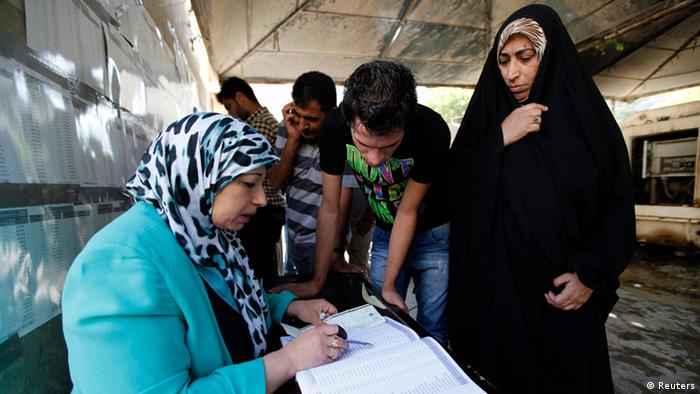 His Kurdish and Sunni coalition partners accuse him of wanting to turn Iraq back into a dictatorship. Maliki's autocratic style of government has even displeased the Shiite National Alliance. His critics saw their worries confirmed when al-Maliki recently said he preferred a dictatorship to chaos in an interview with the Al Arabiya news channel.

Al-Maliki has become quite lonely in Baghdad. His recent appeal to return to the negotiating table and not let conflicts escalate fell on deaf ears. But in the provinces, the 62-year-old power-hungry Shiite is the new number one and gets to weigh in significantly on who will make up the provincial councils.

Al-Maliki of all people, who has always championed a strong centralized government, and who denounced federalism as separatism, now counts on strengthening the provinces. In recent years, he has brusquely rejected any advances toward autonomy by Basra, Ninawa and Salah ad Din, just like in Iraqi Kurdistan. But now he seems to have rediscovered the provinces as an instrument for power. His people have never seen him as frequently in Wasit, Muthanna, Babylon and Basra as during this election campaign. He dedicated chicken coops, cut ribbons to re-open mended roads and held town hall meetings. Always by his side: government channel Iraqia. 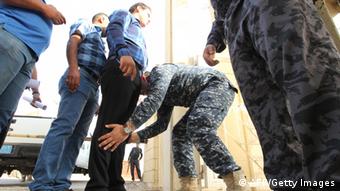 But more than half of the people stayed home during regional elections. In Baghdad, only 33 percent voted, the lowest turnout in the entire country. Salah ad Din saw the highest turnout with 61 percent voting in the provincial capital Tikrit. The only positive record in the elections: 72 percent of troops and police officers voted. During the campaign, al-Maliki had promised to raise the wages of state employees.

Police officer Hamid also voted for the prime minister's rule-of-law-coalition. "Even though we don't actually have the rule of law," as he remarks critically. But he has al-Maliki to thank for the good life he has right now. At 26, Hamid has already done pretty well for himself. Halfway through his computer science studies, he applied to the police academy and was accepted immediately. Today, he's a lieutenant wearing two stars on his shoulders. He's responsible for the security of a number of foreign embassies and earns $1,200 (923 euros) a month. That's quite a lot of money for a young Iraqi these days. "Well, we always have one foot in the grave," Hamid says to justify the high wages. One of his colleagues was caught in a bombing last week and is still at the hospital in serious condition.

Violence increasing after US pull-out

Election Day remained mostly quiet, but by the time the preliminary results were announced Thursday night (25.04.2013), more than 200 people had been killed. 14 candidates alone died in attacks. Elections only took place in 12 of the 18 provinces. Three provinces didn't vote because of security concerns, and the three Kurdish provinces want to vote in September. And still, violence increased dramatically. 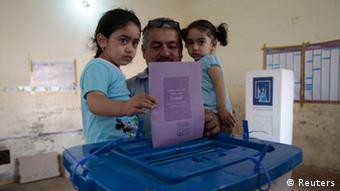 A voter and his daughters in Basra

The UN mission in Iraq said that 456 people were killed in March. Half of them were security personnel. That is more than double the number of victims compared to last year. While there have always been attacks prior to Iraqi elections after the American invasion 10 years ago, the number had significantly declined in recent years. But since US troops withdrew from Iraq at the end of 2011, the number of attacks has been rising continuously.

A country split in the middle

There is a political North-South divide on the horizon for Iraq. The eight provinces that al-Maliki's rule-of-law-coalition won are all located south of Baghdad and include the capital. In the northern provinces, al-Maliki hardly has any supporters. On the contrary: protests against him have been raging there for months, but are beaten down violently by the army. In the village Hauwija, close to Kirkuk, almost 50 people were killed in one day, and 26 more two days later in Suleiman Beg.

Since then, the bad news keeps coming: curfews in Mosul, Tikrit and Baqubah, a driving ban in Fallujah, riots in Ramadi, an attack in Diyala. The north of Iraq is in turmoil. In addition, two more ministers announced their resignation. Mohammed Tamim, who used to be in charge of education, even broke down in tears when he was interviewed about his country's situation on the American-based TV channel Alhurra.

Overshadowed by suicide bombings, Iraq's provincial election campaigns are over. Saturday's elections are seen as a test for Prime Minister al-Maliki, who faces massive criticism from both Sunnis and Shiites. (20.04.2013)

Claimed by Kurds, Arabs and Turkmen, oil-rich Kirkuk remains one of Iraq's thorniest issues 10 years after the invasion. DW spoke with the different communities' most senior representatives about the region's problems. (19.04.2013)