The Netherlands gear for future with flood-control project | Europe | News and current affairs from around the continent | DW | 24.07.2021

The Netherlands gear for future with flood-control project

The recent floods claimed many lives in Germany and Belgium but left the Netherlands relatively unscathed. DW's Bernd Riegert reports on what the country has done to reduce flood risks. 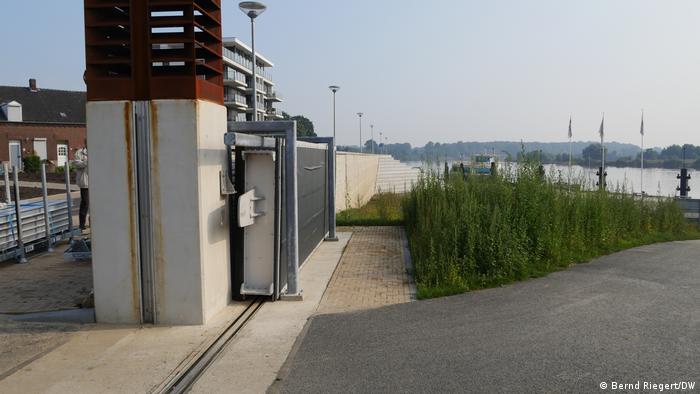 These steel gates can shut themselves if water rises too much

"We were really lucky," says Jan Heymans from the Dutch village of Neer on the Maas river. "The new flood wall was completed just a few months ago. Without it, everything here would have been flooded." With massive steel gates and 10-cm-thick (4-inch-thick) glass panels at the top, the wall was able to resist the heavy rainfall from Germany and Belgium that turned the Maas, often known as the Meuse in English, into a torrent. But it was a close thing, and the water almost reached the top. 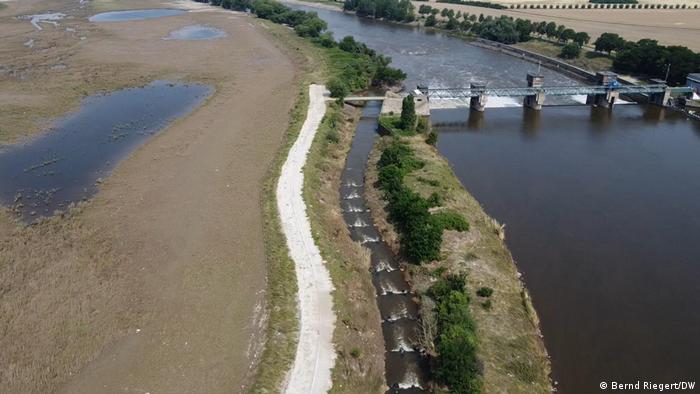 The flood wall is one of many new walls, dikes and dams that have been built in the southern Netherlands as part of a wider series of flood-control projects called Delta Works. After devastating floods in the 1990s, an ambitious project was established in the province of Limburg to better protect municipalities in future.

The idea was to give more space to the Maas, Rur and Rhine rivers by creating more flood plains, explains Jos Teeuwen from the Limburg water board. "There are no houses there, no factories and no important infrastructure such as train tracks but fields and meadows. We have had to resettle people and tear down houses in recent years."

The Maas river is now surrounded by tracts of water and meadows on either side. "The more room the water has, the less current and height of water there is. So, the dikes can be planned lower," Teeuwen says.

A line of defense

Teeuwen is proud of the flood wall in Neer, which he calls a "line of defense," because it has new gates that close themselves if the water starts to rise. Some of the wall is made up of bulletproof glass so that people can still see the river. "The Netherlands is a country of water. So many rivers flow into the sea here that we constantly have to invest and build."

However, Valkenburg, 50 kilometers (31 miles) away upriver, was flooded. The Geul, a usually calm stream that flows through the medieval town, was unable to cope with the huge amounts of water from the surrounding hills. "The water has never been so high," said one local. "Everything has gone. Things that reminded me of my parents, the Persian rugs, the furniture."

Another local named Jan Laumen said that it had taken only half an hour for the bottom floor of his house to fill with water. "It bucketed so much that there was nothing that could be done," he said as he used a garden hose to clean down his belongings, all covered in mud. 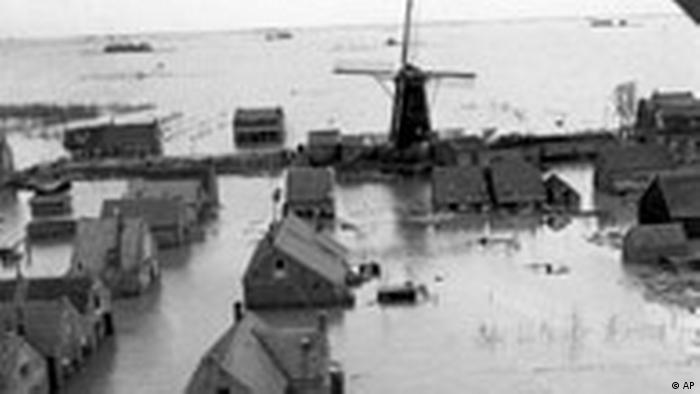 A major flood in the Netherlands killed hundreds in 1953

'This is not going anywhere'

Since Valkenburg lies in a small valley, it is not so easy to divert water from the Geul into flood zones, as can be done with the Maas, and the current can get very strong. This time, many bridges were destroyed, an unprecedented occurrence.

"Rainfall is much heavier than it used to be," confirmed Peter Glas, commissioner of the Delta project for the whole country. "Maybe not enough precautions were taken, but it was so extreme here that it could not be prevented."

The question now, he said, was what to do about the future. He said that it was, of course, important to try to stop climate change, but that more new measures also had to be put in place, such as resettling people and new urban planning concepts during reconstruction. "I always tell national and regional authorities that we have to adapt better. This is not going anywhere."

Generally, however, the Netherlands is in a better position than Germany and Belgium, where overflowing rivers recently devastated narrow valleys, because it is largely flat.

If a stream in a mountainous region suddenly has a hundred times more water than usual, a powerful current is produced within a confined space. "When there are a lot of mountains, it is very difficult to control the water, which will rise in just hours," explained Teeuwen from the water board. "Here on the Maas river, it takes one or two days to arrive. The water slows down in that time, and we can predict what is coming. The fact that it is so flat here is our advantage."

The Delta project has been conceived to prevent extreme floods of the kind that theoretically occur once every 250 years. The idea is to protect municipalities on the Maas and Rur over the coming decades. But the problem, said Glas, is that it is difficult to estimate exactly what impact rising sea levels and other consequences of climate change will have.

He pointed out that it was also important to prepare for drought, as this was becoming more extreme and could be just as devastating as floods. Thus, the Delta project is also about providing water in dry periods.