The misery of the Mezzogiorno | Europe| News and current affairs from around the continent | DW | 23.08.2015

The misery of the Mezzogiorno

Recent figures confirm that southern Italy is massively underdeveloped economically - and this also has an impact on its political culture. The reasons for the misery have long been known, but are difficult to overcome. 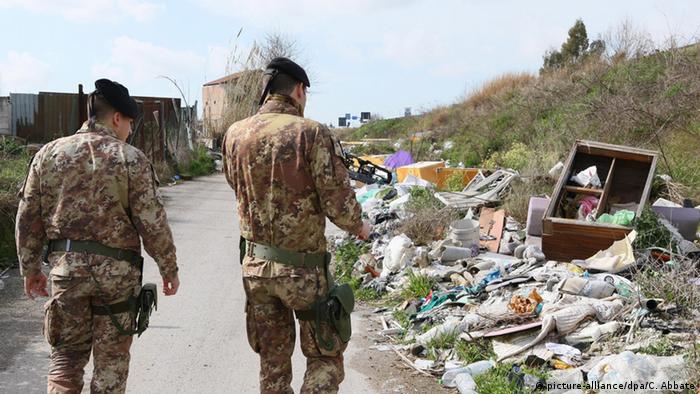 The announcement was likely to arouse great expectations. "The cities of Sicily as a driving force for regional development" was the title of the conference at the Teatro Pirandello in Agrigento on the southern coast of the island. It began at 4:00 p.m. - and was already over by dinner. The future of southern Italy was evidently a project so straightforward and manageable that it could be dealt with in two or three hours.

Italian journalist Luigi Offeddu recently took a closer look at this March 2010 conference in the newspaper "Corriere della Sera." He examined the organizational structure of the event, especially its financing.

He reported that the meeting had been subsidized to the tune of 23,000 euros. Of this, the regional authority contributed nearly 3,500 euros. Around 8,000 euros came from the Italian government. And the rest, around 11,500 euros, was provided by Brussels. Even modest results can be expensive, he wrote dryly.

This anecdote sheds light on a question again currently being hotly debated in Italy: Why is there simply no progress when it comes to the southern part of the country? The discussion was reignited a few days ago by a new report issued by Svimez, an organization to promote the Mezzogiorno, the Italian south. It looked closely at the economic situation of the region between Naples and Palermo. 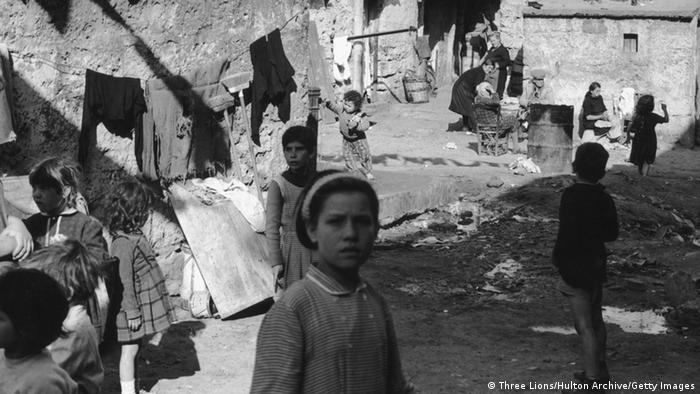 Some things never change: Palermo, circa 1955

'The Greece of Italy'

The data in the report paint a grim picture. Between 2000 and 2013, the economy of southern Italy grew by just 13 percent. Contrast this with Greece, which in Italy is synonymous with economic failure, where the economy grew by 24 per cent over the same period - almost twice the rate of Italy's own southern provinces.

"The Greece of Italy" is how the newspaper "Il Fatto Quotidiano" described the Mezzogiorno. The growth rate was even more glum when compared to pan-European figures: The economy of the EU as a whole grew by almost 54 percent during that time.

Low growth puts the entire region under pressure. The unemployment rate is over 20 percent - but for people under 24 it shoots up to 56 percent. Figures like these, the Svimez report said, cause many young people there to believe getting an education just isn't worth it: "This creates a vicious circle of thinning human capital, the willingness to emigrate, long-term unemployment and finally the despondent decision not to study."

The south is dying out

Journalists Gian Antonio Stella and Sergio Rizzo examined the south's desperation in a book that became a bestseller in Italy. Its title: "Se il Sud muore" - "If the South Is Dying."

They write about widespread despondency and apathy. The once-creative region, which gave the world great artists, writers and scientists, has lost all its energy.

"Save yourself if you can," is the slogan in southern Italy. And that means, "Get out of the university, get out of the hospitals, out of the research laboratories, the companies, even the cities of the south."

There are many explanations for the south's backwardness: Its belated attempts at industrial development in the late 19th century - at a time the north of the country had already vigorously developed its industry. This meant that the south could hardly compete against the north, and so it abandoned industrialization.

The legacy of the latifundia, the large estates, prevented a culture of self-reliance, so that citizenship and entrepreneurship remained weak. The Mafia, which always found its way into politics, made it acceptable to believe that a country could be ruled with - gentle - violence and intimidation. And a pronounced culture of subsidy is ultimately another reason for the economic backwardness of the Mezzogiorno. 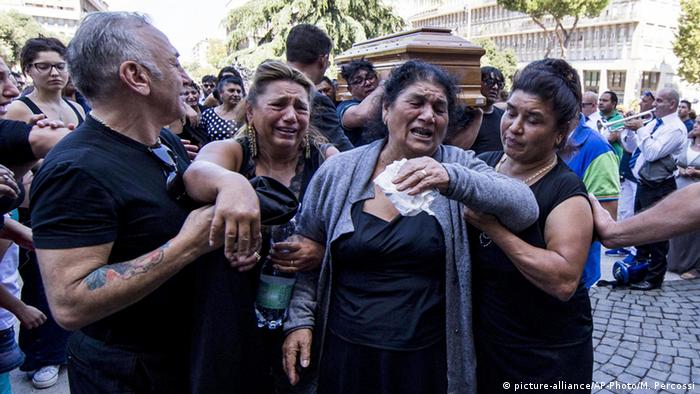 Sicily's most famous export: A mafia funeral in Rome

Stella and Rizzo illustrate this subsidy culture with an impressive number, albeit one that affects not only the south, but all of Italy. Between 2006 and 2013, some 99 billion euros flowed to Italy from the EU's Structural Funds and Cohesion Fund as well as from several national funds.

This supported nearly 680,000 projects, each costing an average of almost 150,000 euros. Would it be possible on this scale, with hundreds of thousands of projects, to check whether these resources had been used appropriately? Stella and Rizzo doubt it.

The Italian south suffers especially from this lack of oversight, as it leads it to a failure to develop a culture of business and entrepreneurial activity. How could that change, the newspaper "Corrriere del Mezzogiorno" asks.

And it gives an answer that itself seems utopian: It needs a new political party. But a party that thinks about future generations and not the upcoming elections.