"Shakespeare and Translation" was the subject of this year's conference of the Weimar-based German Shakespeare Society. Researchers from around the world discussed the challenges of translating the literary genius. 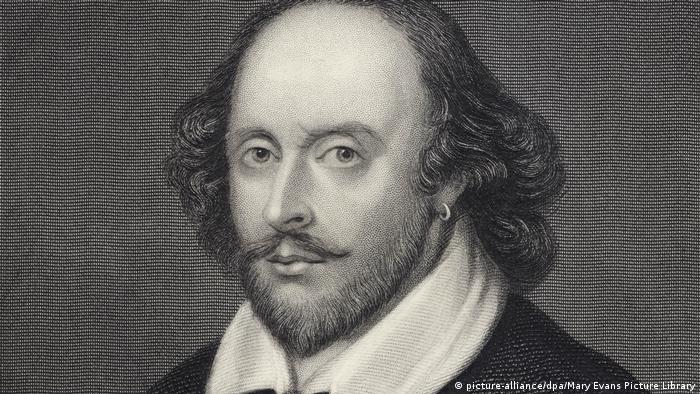 Each year around April 23, the birthday of William Shakespeare, the Shakespeare Society hosts a spring seminar. This year's event, which took place from April 26-28, addressed the challenges of translating the works of the poet and playwright from Stratford-upon-Avon.

At first glance, it may seem surprising that the Shakespeare Society is based in the eastern German city of Weimar, which German poets Johann Wolfgang von Goethe and Friedrich Schiller called home later in life. "The German Shakespeare Society was founded in 1864 and is, as far as we know, the oldest literary society in the world," explained the society's president, Claudia Olk. "We always look forward to returning to where we were founded since Shakespeare was already one of the great classical writers, along with Goethe and Schiller." A statue commemorating the English poet stands not far from the conference location and is always a magnet for those attending. 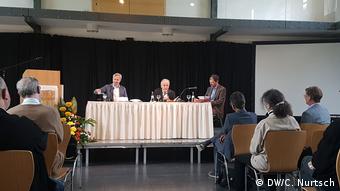 Shakespeare in translation: More contemporary than ever

Translations are "as topical as they are inconclusive in Shakespearean research," said Olk, referring to this year's conference program. "One can focus on the individual works, but also on the possibilities of translation in the broadest sense in relation to contemporary politics, philosophy, science and, of course, theater." Of particular interest is the question as to "how the works are composed linguistically and how their translations function up into even the present?"

One of people who attended the seminar was Klaus Reichert, an experienced translator, Anglicist and poet. "Every time I read a work by Shakespeare, I discover things where I think, 'Why didn't I notice that before?' There's something in it that's much more exciting than what I've thought about it up until now." When he was younger, he always translated "relatively quickly," Reichert reflected. But over the course of his life, he's realized just how many different layers there are to the texts. "They don't translate word for word; they translate from one cultural system to another."

'Shakespeare is an inexplicable genius'

But how can he explain how Shakespeare always seems to adapt to the times and remain contemporary? "Shakespeare was quite simply an inexplicable genius like no other before or since," Reichert believes. "There have been other great playwrights and poets, but none with such inexhaustibility." And also, perhaps, because the dramaturge can't be "easily defined." "Was he an Anglican, a Protestant, a Puritan or a Catholic in disguise?" The beliefs of other authors are more clearly recognizable, Reichert pointed out. But each of Shakespeare's figures prompts new questions. "If you think you've figured something out, it then doesn't apply in the next scene. There's such a diversity in representation," said Reichert.

Stefan Bachmann, director of Cologne's leading Schauspielhaus theater, shares this view. His Rome production can currently be seen at Hamburg's Thalia Theater. It's a combination of Shakespeare's three Roman plays Julius Caesar, Coriolanus and Antony and Cleopatra, as adapted by John von Düffel. Bachmann said there was a great deal of debate among theater members as to what it means to plan a revolution. "The plays are simply of such complexity, explosiveness and topicality," he noted. 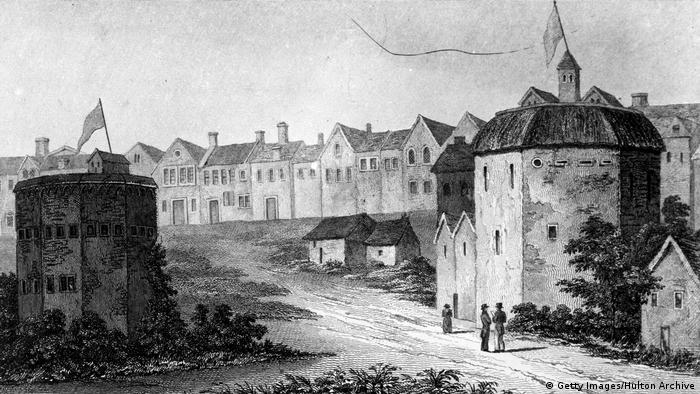 The Globe Theatre in London in 1825, where many of Shakespeare's works premiered

Cultural and literary scholar Elisabeth Bronfen held the concluding lecture of the conference and addressed the question of Shakespeare's influence on current TV productions.

In Westworld, with Anthony Hopkins in the leading role, for example, an android always quotes Shakespeare when he experiences a disturbance. "It's called 'quotable Shakespeare,'" Bronfen explained. "The Shakespeare quotes lend the series authority. One shows one has cultural significance, and a kind of community forms since everyone is familiar with these quotes."

Shakespeare's influence can also be seen in series like House of Cards and Homeland. Current politics, especially American politics, are very reminiscent of the politics played out in Shakespeare's works such as Macbeth, Bronfen believes. "It's always about bloody power struggles, intrigues and inner strife." There is obviously a link between the bloody hand of politics in Washington and thus House of Cards with that of Macbeth and his lady.

As Bronfen sums up: "The spirit of Shakespeare continues to haunt us because it is so applicable and likewise changeable. This is true of both of the language as well as the constellations of figures, stories and themes that are employed."