'The Greek media are part of the problem'

Are Greeks getting balanced, objective reporting from their mass media about the negotiations between Greece and its creditors? Not really, Greek media experts tell DW. 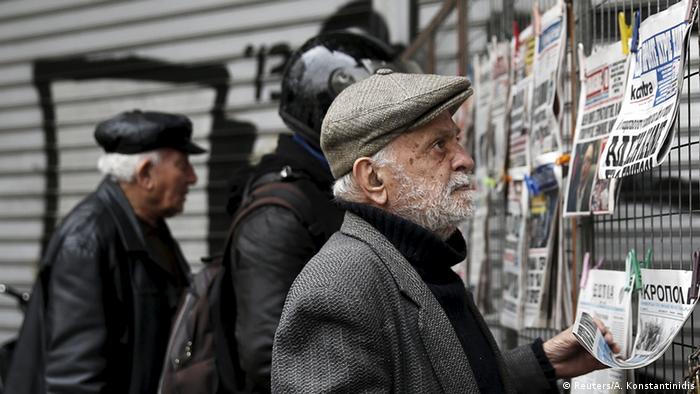 Are the Greek media objective? That's the wrong question to ask, George Pleios, a media expert at the University of Athens, said. All journalists should strive to be impartial, whatever their opinions, he said. But, he added, impartiality - with a few exceptions - is in short supply.

No love lost for Syriza 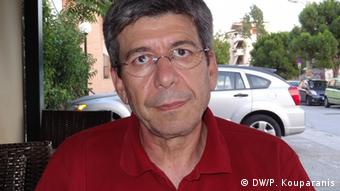 George Pleios says impartiality is in short supply in Greece

In the runup to the parliamentary elections in January, the vast majority of media outlets supported the previous government, and vehemently campaigned against the eventual victor Syriza. Pleios says this was a matter of pure economic interest. Greece's private broadcasters are in debt, and are dependent on bank loans. And as the banks are state-owned, the current government has the final say when it comes to granting loans.

These decisions can be influenced with either positive or negative reporting. If the big private broadcasters continue to rail against the new government, then it is up to Syriza's discretion to apply the existing regulations. These dictate that television advertisements are subject to taxation, and that loans should only be granted to media companies that are actually creditworthy.

But if the June issue of the political investigative monthly "Unfollow" can be believed, the relationship between Syriza and the country's major private broadcasters could soon become more relaxed. Nikos Pappas, Alexis Tsipras' alter ego and minister for media affairs, is rumored to be in talks with companies to redefine the media landscape. In other words, to make it more Syriza-friendly. 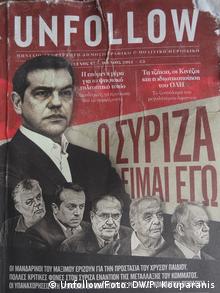 'Unfollow' says Syriza could et cozy with the media...

Tassos Pappas, a well-known journalist and author of several political books, described how interest-driven reporting unfolds. Up to now, around 80 percent of the press has been reporting negatively about the new government, he said. One way to do this is to quote foreign media articles that say disdainful things about Syriza, writing about the "inexperienced" Greek government, for example, or the "strange behavior" of Finance Minister Yanis Varoufakis.

The same media who for months were pushing the current government to find a compromise with creditors, do an about-face as soon as a solution is in sight, Pappas said. Then suddenly, the commentary becomes critical of a "solution that makes people worse off and strangles the economy."

Pappas is an editor at Greece's left-wing "Efymerida ton Syntakton" ("Greek Reporter"), which is owned by its employees. It has developed into one of the country's most respected and highest-circulation dailies in the two and a half years since it was founded. Along with the conservative "Kathimenini" and the financial paper "Naftemporiki," it is one of the sources conservative journalist Giorgos Kyrtsos turns to when he wants to find out the latest on Greece's negotiations with its creditors.

Kyrtsos, who worked for 35 years as a reporter, editor, and publisher, said most Greek media are fixated on the domestic front. Their xenophobic attitude is reflected in headlines such as "Merkel wants to crush us," "Schäuble the misanthrope," or "Lagarde, who promised to help us, turns out to be crazy." These media sources aren't helping to inform people or offer them a sober discussion about the debt crisis, Kyrtsos said. Rather, "they are part of the problem." 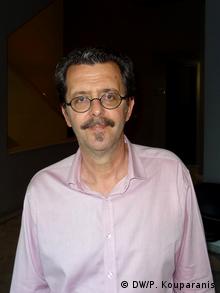 ... but for now, Tassos Pappas, says, four-fifths are against Syriza

The deeper causes for such reporting lie in the Greek media ownership structure, Kyrtsos said. Media owners are construction companies, shipping entrepreneurs, and refinery operators who "interpret political events according to their own interests."

The quality of the journalists on staff is a further problem, he said. Most of the employees don't have a university degree, possess limited analytical skills and quickly fall back on stereotypes and populist rhetoric, said Kyrtsos, who was educated at several foreign universities. 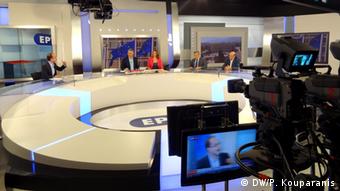 Back on the air, for now: Greek public TV

He added that Greece would benefit enormously from a functioning public broadcaster with pluralistic, fact-based reporting. That would increase pressure on private broadcasters to improve the quality of their programming. Although Kyrtsos is now a European member of parliament for the conservative Nea Dimokratia, he still condemns their decision two years ago to close public broadcaster ERT.

The fact that the current government has rehired several non-partisan ERT directors for Greece's interim public broadcaster is a positive step in his view. But the future for public broadcasting in the country remains uncertain.

'No Plan B' if Greece goes bankrupt, says Angela Merkel

No plans have been fleshed out in case Greece goes bankrupt, Germany's Chancellor Angela Merkel has said. EU Council President Donald Tusk has meanwhile warned of "game over" if a decision is not made before June 30. (26.06.2015)

Greece's outspoken finance minister has said that his government has "bent over backwards" to please its creditors. Eurozone leaders have put pressure on their top economists to finalize a deal over the weekend. (26.06.2015)

The search for a compromise on Greece continues: Yet another key meeting of finance ministers has ended without an agreement. European leaders want a solution from the Eurogroup. (25.06.2015)

Greece and creditors have failed to break their deadlock. The impasse raises fresh fears of a default that could see the country lose the euro. (25.06.2015)

At EU eurozone summit in Brussels, Greece is the word

Greece's creditors have put a "final" proposal to eurozone ministers after lengthy negotiations failed to yield an agreement to avert default. Technical experts are also sifting through the latest proposal out of Athens. (25.06.2015)

Methane is at leat 25 times as potent as carbon dioxide at trapping heat in the atmosphere, and cows belch and fart out hundreds of litres of the gas each day. Is there a fix for that?

The 2018 brutal beating and death of activist Zak Kostopoulos aka Zackie Oh in Athens brought homophobia in Greece into the spotlight. The opera film 'ORFEAS2021' examines a political struggle.

Greece accuses Turkey of pushing migrants into its waters 10.11.2021