The German Problem With Corruption | Germany | News and in-depth reporting from Berlin and beyond | DW | 15.02.2005

A widening match-fixing scandal and revelation of politicians' corporate salaries have sullied Germany's once clean image. Experts say the country has been slow to tackle corruption and are calling for tougher laws. 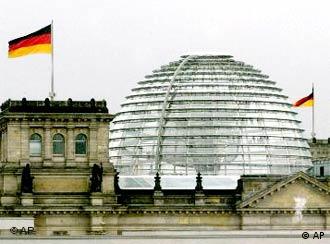 The Parliament dome is transparent, but that's about it

There was a time when Germany was known as a country stubbornly resistant to corruption, where even the mere whiff of scandal or sleaze would spell the end of a public or political career. 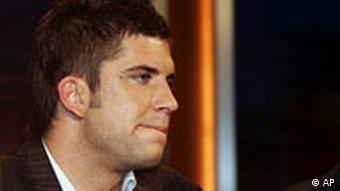 Not anymore. In recent months, the country has been rocked by allegations of soccer match-fixing and revelations of high-ranking politicians making money on the side by being on the payrolls of large companies. The events have further tainted Germany's once squeaky-clean reputation, which was already dealt a blow in 1999 when a financing scandal involving the conservative Christian Democratic Party came to light.

Now, experts say that Germany's problem with corruption may be worse than previously thought. "The perception that Germany has no corruption problem has absolutely nothing to do with reality, but rather with the fact that a maximum of five percent of all corruption cases come to light," said Uwe Dolata, press spokesman for the trade union representing Germany's criminal police (BDK).

The Berlin-based arm of Transparency International, a corruption watchdog, defines corruption as "the misuse of public or private economic power for private use." According to economists, corruption in Germany results in lower tax revenues and higher state spending, amounting to losses of some €200 billion ($259 billion) yearly.

In the face of such figures, the pressure is on to find effective ways to tackle the issue. According to corruption experts, Germany isn't doing enough to address the problem and needs to amend its body of law on the matter. 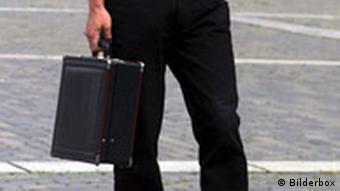 "For instance, the rules on bribing members of the German or state parliament are so narrowly formulated that not a single case has been punished so far," said Dolata of the BDK.

The law, which dates from 1994, penalizes the "buying of votes" but only for voting rounds held in the German parliament or Bundestag. "You need to expand that law and also make corruption in other panels where preliminary political decisions are taken punishable," said Dagmar Schröder, head of the German chapter of Transparency International.

Experts say that Germany could pick up a few lessons in fighting corruption from Scandinavian countries, who lead the way when it comes to battling fraud. According to Transparency International's corruption index, Finland is the least corrupt nation worldwide. Such a high ranking is linked to Scandinavia's dominating "culture of transparency," said Dagmar Schröder and urged introducing a "glass member of parliament" concept for Germany too, which would require politicians to publicly declare all their income.

A further area where Germany has its work cut out is in the economic sector, which Schröder said "is significantly more corrupt, in particular because the financial sums involved are so high."

Transparency International is thus urging a corporate criminal law modeled on the one practiced in Switzerland, whereby companies are held accountable for corruption cases. In addition, the watchdog wants corrupt companies to be barred from receiving public contracts.

Germany is facing yet another corruption scandal. After a spectacular Munich soccer stadium bribery affair, news that rail company Deutsche Bahn is under investigation is adding to the country's tarnished reputation. (March 16, 2004)

Disgraced German soccer referee Robert Hoyzer, who has admitted accepting bribes to manipulate matches, was arrested by police on Saturday amid fears that he would try to flee the country. (Feb. 12, 2005)

Amid an ongoing scandal about German politicians who receive extra income from companies, a Social Democratic parliamentarian resigned Friday after German carmaker Volkswagen revealed he was still on their payroll. (Jan. 14, 2005)