It's a success story that has the qualities of a bestseller. In 1982, Naveen Kishore founded Seagull Books in India's megacity, Kolkata. Today, it is the world's most prolific publisher of German literature in English. 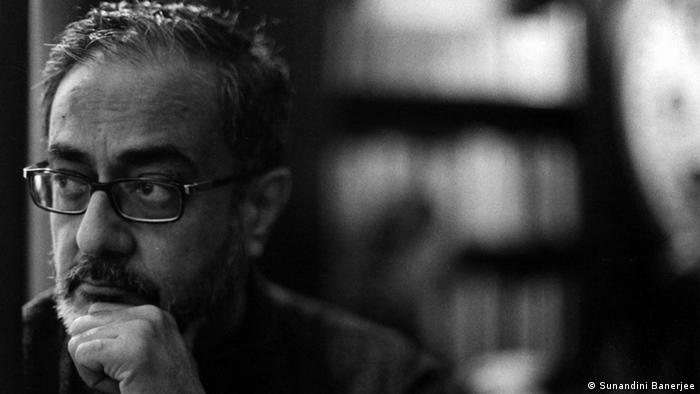 Naveen Kishore is a man of many talents. The 60-year-old is a publisher and journalist, a theater practitioner, a widely traveled free spirit and somewhat of a revolutionary in the literary world.

Over the past 30 years, Kishore has built his small publishing house, Seagull Books, into the first port of call for English-language translations - including the translation of books by German authors.

It hasn't been an easy ride for Kishore, who has had to fight against a lot of prejudices. Operating out of Kolkata, a city bursting with a population of 15 million, Seagull Books was at first associated with poor quality, Kishore explained. 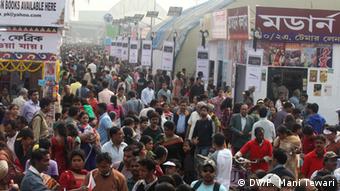 India's largest book fair is held in the city of Kolkata

"You have to realize that at that point the technology was different, we were doing lead and metal letterpress. But we were very conscious of the fact that Indian publishing was always seen as something that couldn't produce quality books and so we focused a lot on production. So from day one the quality of the books was what got us attention," Kishore said.

In India, Kolkata has always been seen as an important cultural and intellectual center.

Naveen Kishores passion is theater. For many years he worked as a lighting designer, and in its early years Seagull Books specialized in the areas of theater, film, art, and music.

"It was a very small, sort of limited engagement as far as the publishing world was concerned. Gradually we expanded that into areas of culture studies and cultural anthropology," Kishore recalled. "There was a lot of Russian cinema. And the growth was linked to doing a lot of events actually in the worlds of theater, cinema, art, and music." 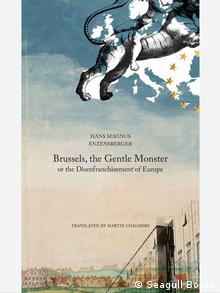 By 2005, Seagull Books had published around 400 titles. That same year, Kishore observed how increasing numbers of foreign publishing houses were trying their luck in India. They obviously saw potential in the country and so Kishore decided do the same thing, only in reverse.

His ambitious goal was to travel the world and, in close contact with literary agents, search for suitable material for worldwide publication. And so Kishore opened two additional branches of Seagull Books in London and New York.

"As a human being I've always turned to a certain kind of European thought in poetry and philosophy and literature, and seen it always as a space for hope. I'm not talking about the politics or economics of our current day situation, but I'm talking of a certain kind of literary value that I attached," Kishore said.

British and US publishing houses had long been publishing books by German authors, many of which Kishore read in his youth. "Our country's bookstores used to stock all kinds of wonderful literature, and then it suddenly stopped because it was no longer viable commercially in the wisdom of a lot of publishers," Kishore remembered. "So that led me very naturally to Gallimard in France and Suhrkamp in Germany."

And with that came the French and German lists of titles published by Seagull Books. Other cooperations soon followed, for example with University of Chicago Press. Kishore's special talent for negotiating, his sensitivity and tenaciousness made it all possible. His work has become a cultural bridge between the East and West. 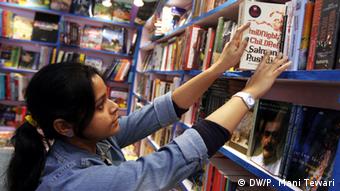 With the publication of several hundred works by German authors in English translation, today Seagull Books is the biggest publisher of German literature in the world. Many works are first-time releases or, because of Seagull Books, once again available after a long periods of being out of print.

The sheer breadth of internationally acclaimed authors on Kishore's catalogue is impressive and ordered according to country or in ambitious series. It includes Chinese Nobel Prize-winner Mo Yan, whose work was published as part of series showcasing authors from communist countries.

"You often feel that you have to publish people who make sense to you," is how Kishore describes his publishing concept. Nobody can predict whether or not a book will be successful, he believes, even if the author received a two-million-dollar advance.

"In my mind you have to pay a price for this kind of philosophy and this kind of thinking in publishing, which is quality thought and literature; you put it out there and you hope that it will find a buyer," he explained. "It will never be a successful corporate business in the way you and the world would understand it. But it will carry on because ultimately the list is so strong." 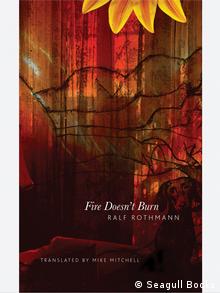 The people surrounding Kishore are extremely important to him. He always consults his team on the selection of authors and asks his translators for personal recommendations.

Kishore hates nothing more than to see how many publishing houses remove books from their catalogues after just three to six months, in order to make space for heavily-hyped new releases. Huge quantities of left-over books are then bought up by large online retailers and customers start to play a waiting game for cheap books.

Kishore is fascinated by the possibilities of digitalization. "You have to remember that 30 years from now our great-grandchildren will perhaps not know the touch, feel, the tactility, the excitement of paper as you and I know it. But they will still be reading and writing books," he said.

He hopes to bring one of his new experiments to market in December. It's a standard printed book containing QR-codes which will allow Smartphone users to immerse themselves in a literary discussion about the life and work of the author.

Kishore also tries to impart his firmly-held convictions and breadth of experience in editing, production and design to students at his school for budding publishers, now in its third year.

Alongside that, Kishore also runs the Seagull Foundation for the Arts. And so it appears that the multi-talented publisher really does live up to his name, since the Indian name Naveen means "something new."

Toil and trouble pay off for the Bard of Punjab

An Indian scholar has translated all the works including 38 plays of the 16th century Bard of Avon into Punjabi. The translation of William Shakespeare's works has taken two decades to complete. (28.03.2013)

Nigerian novelist Chinua Achebe has died in the United States at the age of 82. He is widely regarded as the grandfather of modern African literature. (22.03.2013)