The ″Gentle Revolution″ and the birth of an independent Slovakia | Europe | News and current affairs from around the continent | DW | 21.11.2009

The "Gentle Revolution" and the birth of an independent Slovakia

In Slovakia the events of 1989 are remembered as the "Gentle Revolution" marked by non-violent demonstrations. But the changes also led to the break up of Czechoslovakia - into the Czech Republic and Slovakia. 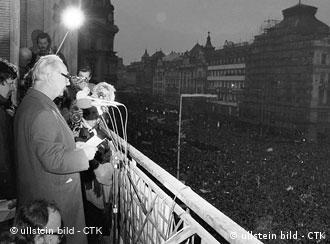 Czechoslovakia's revolution against communist oppression got underway on November 16, 1989 when students took to the streets of Bratislava, today the capital of Slovakia. Officially they were commemomorating Jan Opletal, a Czechoslovak student murdered in 1939 by the Nazis.

A day later, young people in Prague gathered for a rally. But what began as a legal demonstration under the banner of the Socialist Youth Movement quickly got out of hand, as students marched on the centre of Prague shouting "Freedom!" and triggering the end of communism in Czechoslovakia. The revolution brought freedom, but it also lead to the country being split in two - the Czech Republic and Slovakia. 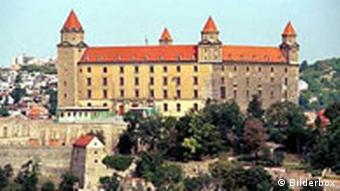 In Bratislava just as in Prague, students and artists led the Velvet Revolution - or "Gentle Revolution" as it was known in Slovakia. But unlike the November 17 crackdown in Prague, the first demonstration in Bratislava ended peacefully. Then when news of the police attack on students in Prague reached Bratislava - they were back on the streets to denounce it and form a committee known as the Public Against Violence.

"We went to these demonstrations with my classmates and my friends here in Bratislava," Tibor Holoda told Deutsche Welle. He was a 17-year-old student at the time.

"Often we would go to some pub after the protests and I very well remember that moment when everything changed. We were at a bar and there was a TV with the evening news. Then came the announcement that the communist government had resigned."

"The whole three storey pub went silent and suddenly everyone started ringing with their keys - that was the symbol of those demonstrations at the time. It was like the last ringing of the bells - it was over for the old regime."

The end of communism also sparked the end of Czechoslovakia

It was over for communism but few imagined that soon it would be over for the country known as Czechoslovakia. On December 29, Vaclav Havel was elected to be the first non-communist President of the country. Slovak dissident Alexander Dubcek - the one time leader of the Prague Spring in 1968 - became President of the Parliament.

But soon after the first democratic elections in 1990, separatist voices were to be heard in Slovakia. 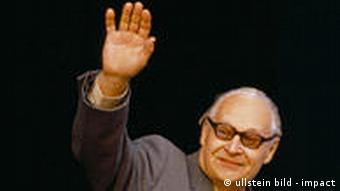 So the Velvet Revolution and the democracy that it brought also created the conditions for a Velvet Divorce. It would take place within four years and it would mirror the revolution in its peaceful nature.

What's remarkable about the division of Czechoslovakia is that a majority of both Czechs and Slovaks wanted to stay together. However Slovaks could see that Czechs were wealthier and most power was centred in Prague. Negotiations towards an agreement on devolution of power or a confederation of two states failed and on July 17, 1992, Slovakia declared its independence. After Prague accepted the secession, independence became a reality on January 1, 1993.

It was a remarkable example of a people gaining independence peacefully and was partly driven by the need of both countries to get on with developing their economies.

"Slovakia was the less developed part of Czechoslovakia and it was in much greater need of development and investment than the Czech Republic," says Ladislav Kubis a former journalist, an organiser of the peace committee, and an eyewitness to the events.

"So Czechs were able to develop and go ahead much faster than they would in Czechoslovakia," he says.

A tradition of non-violence

Today, there are mixed feelings about the break with Prague. Many people found their friends and relatives suddenly living across the border in another country. But what's clear is that everyone is proud of the non-violent nature of both the revolution and the divorce some three years later.

"There was always in Czechoslovakia a tradition of non- violent politics," explains British historian Adam Roberts who himself was a witness to the events of both the Prague Spring and the Velvet Revolution.

"They'd never had internal violence or coup d'etats on a major scale. So there was already a tradition of pursuing politics by non-violent means and I think that has been greatly reinforced by the experience of the Velvet Revolution."

In a festival of freedom held at the Brandenburg Gate, world leaders joined tens of thousands of people to recall the moment that signalled the end of communist rule in Europe - the fall of the Berlin Wall. (09.11.2009)

Listen to a report on the situation in Czechoslovakia in 1989

Listen to a DW correspondent's memories of Prague