The EU is ′underperforming′ in the world′s conflict zones | News and current affairs from Germany and around the world | DW | 19.10.2009

The EU is 'underperforming' in the world's conflict zones

For 10 years the EU has proudly been deploying nation-building missions to the world's worst conflict zones - from Afghanistan, to Iraq, to Darfur. But a new study says the EU is 'underperforming.' 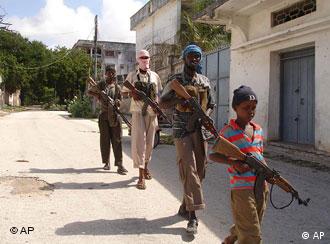 This year marks the 10th anniversary of the European Security and Defense Policy (ESDP), which has been deployed in 20 state-building operations across three continents, in the world's worst conflict zones.

To honor the anniversary, Javier Solana, the EU foreign policy chief, wrote a newspaper commentary recently praising the EU for a decade of promoting peace around the world. 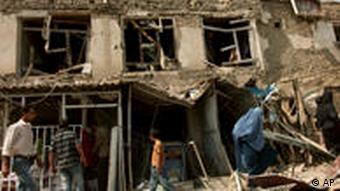 The EU civilian mission in Afghanistan is short-staffed

"Thanks to our achievements, we are receiving more and more calls to help in a crisis or after a war. We have the credibility, the values and the will to do this."

However, a recent report by the European Council on Foreign Relations argues that EU missions, despite their potential, have so far been "small, lacking in ambition and strategically irrelevant."

It cites an outdated security strategy, internal squabbles and red tape in Brussels, and a failure to live up to personnel commitments as the major areas of ESDP underperformance in the world's trouble spots.

In 2004, the EU devised an ambitious set of "civilian headline goals" in order to ensure that each member state committed enough civilian troops. However, during the last 5 years the EU has only deployed half the number it promised. 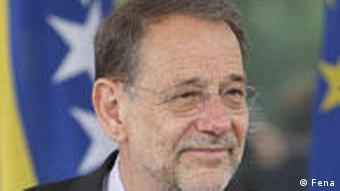 The report states that money is not the issue; the current ESDP budget allows for 1,500 more civilian staff members than are currently aiding peace efforts in one of a dozen missions. In Afghanistan, for example, the EU police mission is operating at below half of its budgetary capacity.

"Most member states do not take the development of civilian capacity seriously. There's a small group of states that do, but the majority of member states simply don't take it seriously enough, [and] don't invest enough money in it," the report's co-author, Daniel Korski, told Deutsche Welle.

Germany was among those identified by the report as a top performer - along with Denmark, Finland, the Netherlands, Sweden and the United Kingdom - which have all invested heavily in civilian training and recruitment programs. Other EU members were criticized for not doing enough.

The 'Bosnia' template and red tape

In addition, the report claims EU missions tend to deploy the same strategic template in countries as varied as Afghanistan, Iraq and the Democratic Republic of the Congo - an approach that has "proved ineffectual." 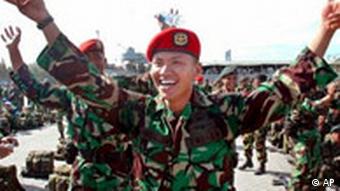 It is known as the 'Bosnia template', and it was first implemented in 2003. In that conflict, EU police focused on providing technical assistance to the local police and judiciary while NATO took care of security. But the circumstances on the ground in many failing states today can vary drastically.

"In many of the future theaters of conflict, it's not going to be easy to find other institutions to provide security whether that be in Congo or indeed other parts of Asia," said Korski, adding that EU civilian missions will now have to adapt to "operate across a spectrum of tasks."

Brussels-based institutions - namely the European Council and European Commission - were also earmarked for hampering EU nation-building efforts, due to internal squabbling and a "culture of mismanagment," though the Lisbon Treaty reform may improve the way the bloc operates.

What to do about failed states may be one of the biggest challenges facing the international community, and the EU is in an advantageous position to contribute to peace efforts abroad, analysts say.

Besides having an ample development budget, the EU has an expansive network of some 40,000 diplomats who can provide on the ground intelligence and support. It also has a positive image in the world, according to the report.

"It is very important to not wait for a country to earn the ignominious label 'failed state' to conduct civilian support operations," geopolitical expert and author of "The Second World," Parag Khanna told Deutsche Welle.

"I believe that European investments and efforts have already prevented North African states, for example, from deteriorating. Ramping up efforts in the Balkans and Caucasus is now essential as well."

In conflict regions, like the Democratic Republic of Congo, Rwanda or Chad, responsible reporting can contribute to a resolution, media experts say. But diplomatically promoting balanced journalism can be a tricky task. (27.05.2009)

European Union leaders have agreed on the need for a 60,000-strong rapid reaction force capable of taking part in peacekeeping operations within 60 days. However, the contingent isn't specifically foreseen for DR Congo. (13.12.2008)