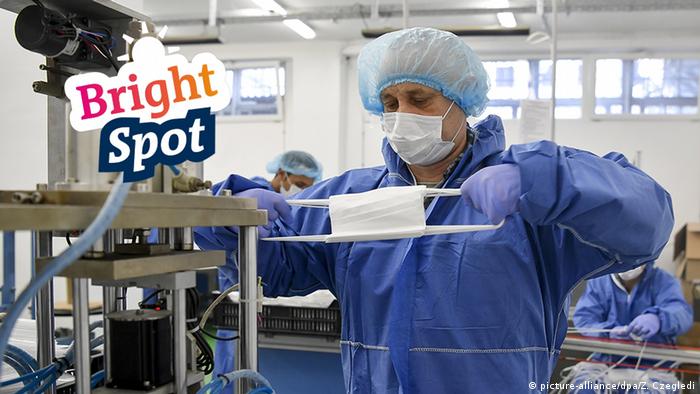 Fans of television medical series are said to be unable to distinguish the fictional world of their favorite shows from reality. But with the rapidly rising number of COVID-19 illnesses in the US, at least the props from the series are being put to use in real emergencies.

As in many countries, hospital staff in the US have complained about protective clothing supply shortages. But a clinic in Los Angeles has received a special donation: Props from the popular series Grey's Anatomy. Sufficient protective clothing for doctors and other medical personnel is incredibly important, a doctor emphasized to ABC7 News when the props arrived. 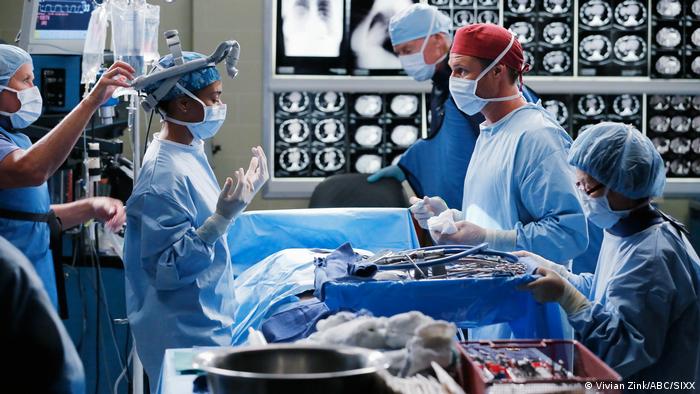 Protective gear is in demand: Here, a scene from the US TV series 'Grey's Anatomy'

In addition to the stock of gowns and gloves from the Grey's Anatomy set, the TV series Station 19 was able to drum up and donate around 300 of the coveted N95 surgical masks, Krista Vernoff, the producer of both series, told the ABC news program Good Morning America.

Alexi Hawley, creator of the police series The Rookie, wrote on Twitter that he had scoured the production set and sent several boxes to the university hospital in Los Angeles. He said he hoped that even small donations could help.

Meanwhile, Britain's BBC announced that it would donate protective equipment from the prop warehouse of its two hospital series, Holby's City and Casualty, to the National Health Service (NHS). Both series are about celebrating NHS heroism, said producer Simon Harper. "That's why we're only too happy to help and do what we can to support the brave and selfless medical staff who are fighting the crisis."

Several fashion designers also want to help out during the coronavirus crisis. The luxury brand Prada — whose headquarters are in Milan, a city particularly affected by the coronavirus pandemic — announced that production at its own factory in Montone will be switched to medical protective clothing. By the beginning of April, 110,000 masks and 80,000 gowns are to be provided to medical and health services. 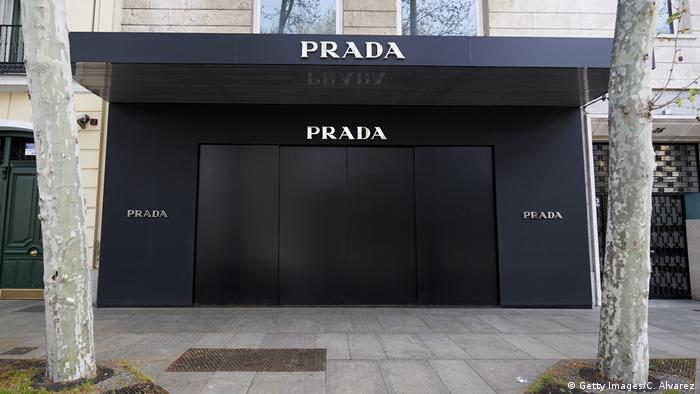 With shops closed, Prada can concentrate on a different kind of production: creating protective gear for healthcare workers

To counteract the lack of protective equipment, the German family-owned company Trigema has also switched production to face masks and protective gowns for medical personnel. According to the company, up to 100,000 masks could be produced per week.

The France-based luxury goods group LVMH Moet Hennessy Louis Vuitton declared that they will have almost 40 million medical masks manufactured by Chinese suppliers in the next few weeks. Among them are said to be more than ten million higher quality FFP2 surgical masks, which are currently needed mainly in the health care sector.

Various theaters in Germany are getting involved: Workers in the costume department of the Theater Bonn, for example, plan to sew around 1,000 face masks per week and make targeted donations to fire-fighting brigades and the police force. Employees of Berlin's Bühnenservice (theater service), who normally provide props and costumes for opera houses and state theaters, are also currently sewing protective masks for old people's homes and nursing homes.

Homemade masks for everyone

Under the hashtag #Maskeauf, more and more celebrities and people in the cultural scene — including German singer Lena Meyer Landrut, Youtuber Rezo and comedian Jan Böhmermann, are calling on people to wear masks in public when they go shopping or for a walk.

Since resources are scarce and protective clothing is reserved for medical staff, it might just be better to rely on your own creativity. Some wonderful things can come out of it, such as this pretty mask sewn by author Marina Weisband.

The coronavirus crisis is challenging for couples in a long-distance relationship. At least the internet helps people stay in touch. Famous love letters from the past can provide more inspiration. (30.03.2020)

Images of military vehicles transporting the bodies of coronavirus victims in Italy have shocked the world. Does the COVID-19 pandemic change the way we deal with death? (24.03.2020)