'The Captain': How a normal World War II soldier became a war criminal

Known for Hollywood films, German director Robert Schwentke has tackled a chapter of World War II from an unusual perspective in his new movie "The Captain," which shows that sometimes the uniform does make the man. 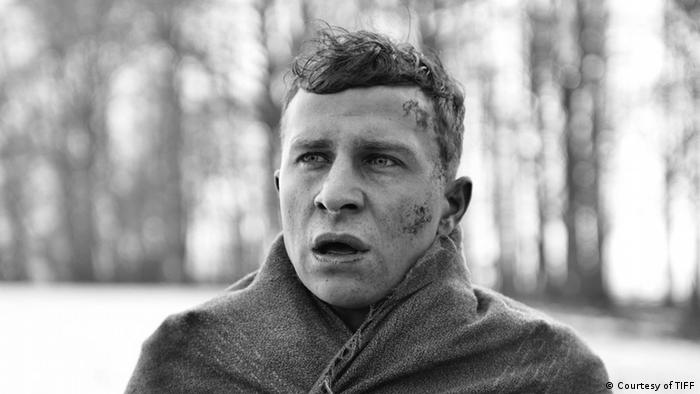 Robert Schwentke is the director of Hollywood productions such as "Red" (2010), as well as the movie adaptation of the best-selling novel "The Time Traveler's Wife" (2009) and "Flightplan" (2005), starring Jodie Foster.

For his latest film, "The Captain," starring Max Hubacher (top picture), the filmmaker has returned to Germany and addresses a dark chapter of the country's history. Set during the last days of the World War II, the movie tells the story of Willi Herold, a historical figure and war criminal.

Caught in the final chaos of the war, the ordinary soldier found a captain's uniform and started commanding other soldiers, who believed he was an actual officer. He led a barbaric, bloody campaign, which he claimed was ordered by Adolf Hitler himself.

DW: I must admit I was surprised by the movie, in the positive sense of the word. I expected something completely different. How did you come up with the idea? 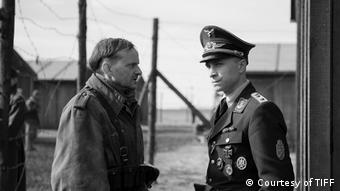 Soldiers join the fight of the wrong captain

Robert Schwentke: I was looking for a story which could talk about war crime perpetrators from the third, fourth or fifth line of command. I can only think of two German movies told from the perpetrator's perspective: "Death is My Trade," with Götz George (1977), a fictional biography of prominent Nazi politician Rudolf Höss by Theodor Kotulla. And then there's a TV movie, "The Wannsee Conference" from the 1970s.

Both are great movies, but they deal with the war crime perpetrators at the top. National Socialism was an extremely dynamic system, and I was interested in how this dynamic manifested on the human level.

Equally, in German literature, there are not many books about this period narrated from the perpetrator's perspective.

It starts with the myth that the Wehrmacht was not morally corrupted, that it was a German army of professional soldiers who were not ideologically motivated and did not participate in massacres and genocides, and that only the SS were the bad ones. 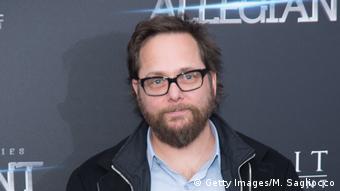 When many photo archives were opened in the East in 1989, it became apparent that this myth was completely wrong. Wehrmacht soldiers also participated in brutalities, especially in Poland in 1940. I became interested in this aspect as this myth was debunked.

What made you care about the topic?

I had the feeling I could tell about the war from an "ant's perspective." A corporal who puts on an officer's uniform and "organizes" massacres gave me the opportunity to say something general about the war and something specific about the situation in the concentration camps.

I tried to deal with it analytically and find out things like, what can lead to a genocide? What conditions are necessary for it to happen? It was such an incredible and absurd story.

It took me a long time, however, to figure out how to make a movie out of it. It was not easy for me to decide how to handle violence in the film. I knew what I did not want do, but it was harder for me to figure out what I wanted to do. 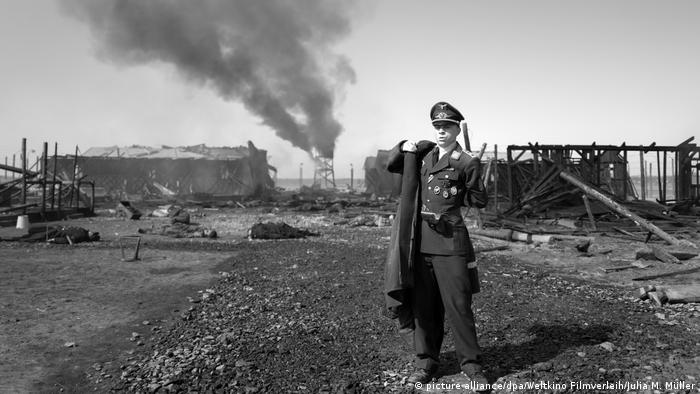 So what did you not want to do?

I did not want to exploit the story. I was not interested in bringing the audience into the middle of the war, that would be absurd. It is a movie that required particular abstraction and distance. It was also important to me not to try to explain the main character's psychology, at least not with the popular terms of clinical psychology, such as "a psychopath" or "a sociopath."

I believe such labels explain nothing – it is just a monocausal explanation. I also find it necessary not to reveal everything about those people, to leave a white spot onto which the audience can project themselves.

I want people to ask themselves the question: What would I do? That is, of course, an issue that never arises in movies where the characters stand on the right, moral side of the argument. We identify with them and want to believe that we are just as courageous and moral as they are, even though it is not true. 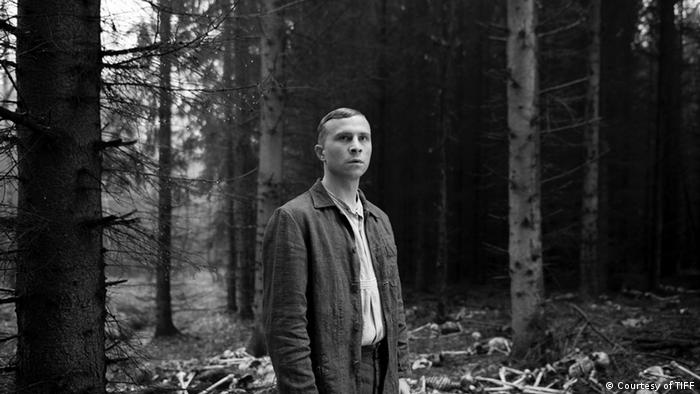 What surprised me so much about the movie is how it goes from one extreme to another. It is sometimes brutal, sometimes grotesque, sometimes quite restrained. That has a lot to do with the style of photography, of course. I saw elements of the styles of Andrei Tarkowsky, Pier Paolo Pasolini or Jacques Tourneur in it. How did you develop the art direction?

I find it boring when you see a movie and you immediately know it was shot by this and that director. It worked for Tarkowsky, Bresson or Carl Theodor Dreyer – and it's wonderful – but I always found it annoying.

I have no desire to repeat myself, which is why I think directors such as Nagisa Oshima are much more exciting. They develop a new, appropriate, formal approach for every story they work on. It might sometimes get quite experimental, but I think it's better to miss the mark sometimes rather than to throw the audience the same thing over and over again.

I always ask myself: What does the movie need? I have never a set formal approach for my movies; it always comes from the film itself. And that was my reflection for "The Captain," too.

I am not a big friend of naturalism. I knew that if I took it a bit too far, the actors would do it as well. That was maybe a self-protection from the story from my side. It was perhaps the only way how to approach it: to tell it in a bit of an excessive way.

"The Captain" is released in Germany on March 15.

The question "Who was Hitler" is the subject of Hermann Pölking's widely-read book, and now an epic documentary comprised of countless quotations from contemporaries of Adolf Hitler. Here is a selection of quotes. (27.06.2017)