The business of bottled air | Environment | All topics from climate change to conservation | DW | 07.08.2017

The business of bottled air

Clever entrepreneurs are now bottling and selling clean air to offset smog in big cities, as a souvenir, or to hospitals. Many have been astounded by their own success. 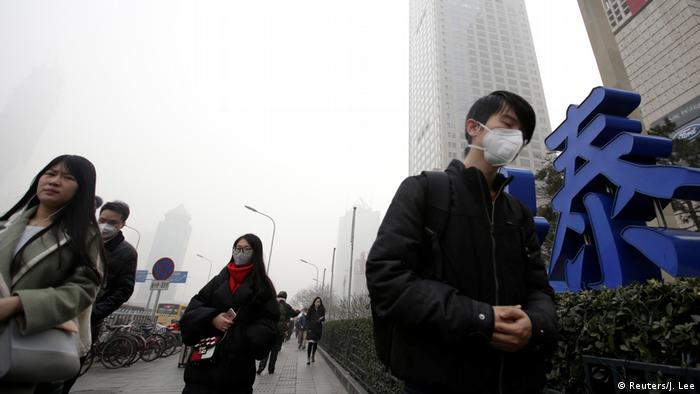 According to the Max Planck Institute for Chemistry, every year more than a million people die in China as a result of air pollution  There are other consequences, too: failed harvests, cancelled flights, driving bans. In desperation over the smog in Beijing and Shanghai, inhabitants of the cities have even started importing oxygen in bottles, for 20 dollars apiece. One liter of oxygen is enough for up to 150 inhalations, according to Canadian manufacturers.

Moses Lam, co-founder of the company Vitality Air, based in Edmonton, Canada, is astonished at his success. In an interview with the television broadcaster CBC he admitted that the whole thing actually started out as a joke. However, when his initial production line of 100 bottles sold out in just four days, he turned it into a professional business. 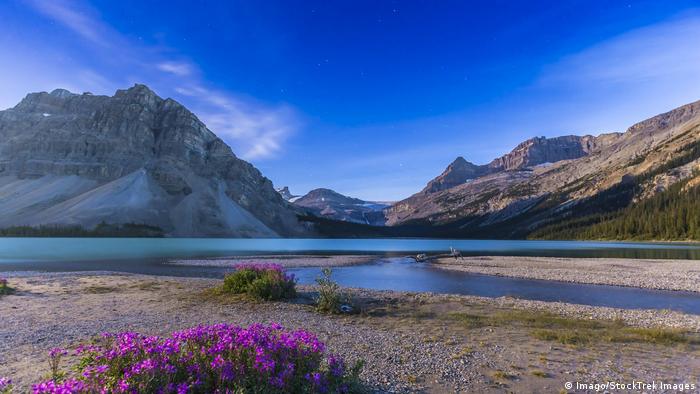 Vitality Air now has subsidiaries not only in China but also in India, Korea and Vietnam. Every two weeks, 20 employees collect several hundred thousand liters of air in Canada's Rocky Mountains. "Air from the Banff National Park, the first of its kind in Canada, is a bestseller," Moses Lam explains. Production is highly complex, though, as only 20 percent of air is pure oxygen, so it has to be compressed and purified. The precious commodity has a limited shelf-life, too. "The bottles should be used within one or two years," the air salesman recommends.

The Sydney-based company Green & Clean has been filling bottles with Australian air since November 2015 – from the Blue Mountains, for example, or the Gold Coast, along the Great Barrier Reef. With a minimum order of 4,000 bottles the Australians have secured a turnover of hundreds of thousands of dollars. Their principal customers come from all over Asia. The company is eyeing Germany as a potential market for the future, a spokesman says, because efforts by car manufacturers, cities and local councils clearly aren't having an effect. He points to the diesel summit as evidence. Air as a souvenir

Containers of air may also grace the shelves of some buyers, or their friends – as holiday souvenirs. Until now, in the Black Forest, cuckoo clocks have been the souvenir of choice. Elke Ott is offering an alternative to the tradition: She sells Black Forest air. Not bottled, but canned. Entrepreneur Stefan Butz from Bad Kreuznach, on the other hand, prefers clear glass bottles, which he fills with air from the Saarland saltworks.

Something similar was tried during the soccer world cup in 2006. Back then you could buy "Original Air of Berlin". The joke even preoccupied the Brussels bureaucracy, with the EU warning that more than 30 percent of the tins it analyzed contained high levels of particulate. It didn't stop them going on sale, though.

Along with air as a joke item, there's also bottled air as a political action aimed at improving environmental protection. This was the motivation of Chinese millionaire and philanthropist Chen Guangbiao when he sold bottled air from Chinese rural areas on the streets in 2012.

When the air grows thin

Researchers are already investigating alternatives in case levels of oxygen in the air should drop below the amount we need to breathe. 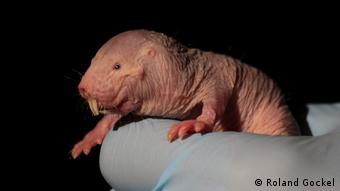 They're looking at the idea of limiting oxygen consumption, based on findings by Berlin's Max Delbrück Center for Molecular Medicine in the Helmholtz Association (MDC). Scientists have discovered that naked mole-rats in their underground burrows can survive for a very long time in suffocating air. In tests, they survived for five hours by absorbing fructose from roots. They would also lower their pulses from 200 to just 50 beats per minute. The scientists are trying to discover whether this could potentially serve as a model for humans. And they've assured us that they have no links to the automobile industry.

Politics aside, it's all about climate

With Trump ditching climate action, mayors across the US are stepping up. Steve Benjamin, co-chair of the Mayors for 100% Clean Energy campaign, told DW how going green is good for people, the planet - and the economy. (19.07.2017)

All participants at Berlin’s "Diesel Summit" agreed that a ban on diesel is to be avoided. Reclaiming trust, however, would be an important step, says DW's Dagmar Engel. (02.08.2017)

The premier of one of Germany's biggest states says he allowed Volkswagen to vet a 2015 speech about the automaker's emissions fraud. For nearly 60 years, VW has been given special status under the law in Lower Saxony. (06.08.2017)