An innovative design project cleans air in polluted cities and produces stunning jewelry in the process. 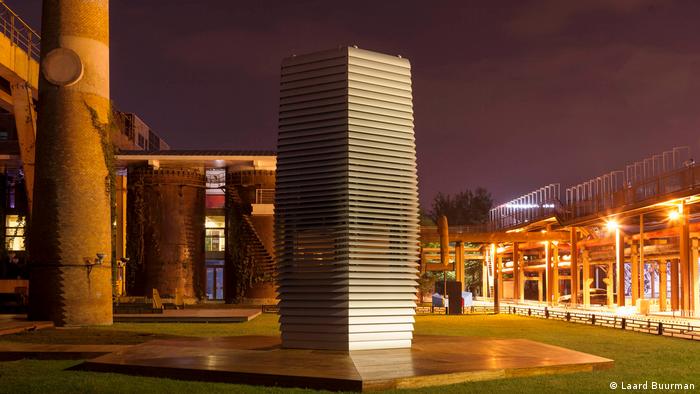 It looks a bit like a futuristic spaceship. A hexagonal tower that has touched down in the middle of a city park, seven meters high with an outer shell composed of gleaming metal panels. But its purpose is quite grounded. The Smog Free Tower is essentially a giant air filter for the surrounding space.

"I wanted to create a bubble of clean air where people can think, meet and work together on how to make a whole city smog-free," explained Dutch designer Daan Roosegaarde. "We designed it in a way, as a temple, as a sort shrine of clean air." 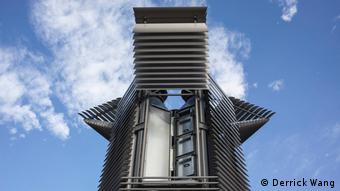 Behind the shiny metal shell of this shrine sits a large highly-efficient air-purifier that sucks in the ambient air above and strips it of virtually all pollutants, including ultrafine particles. It can filter 30,000 cubic meters of air per hour. As a result, the air surrounding the tower is up to 75 percent cleaner than in the rest of the city. And it uses around the same amount of electricity as an average household water boiler.

The tower's initial home was a green lawn right outside Roosegaarde's design studio in Rotterdam but the idea was always for the project to travel. "We can take it apart, ship it in a container and install it in one week," Roosegaarde says.

The tower's first trip took it to a place that is all too familiar with air-pollution: China's capital, Beijing. The tower arrived there in late September and spent 41 days cleaning the city's air and will now embark on a tour of cities throughout the country. 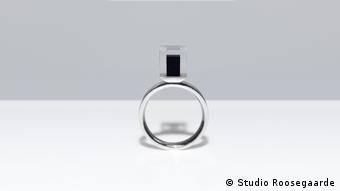 Given that the Smog Free Tower filters the air so efficiently, it begs the question what to do with all the dirt it collects. Roosegaarde thought of this aspect very early on in the project. "In the future, waste should not exist," he says. So he and his team came up with an unusual idea: They compressed the fine particles for 30 minutes and then encased them in jewellry.

Roosegaarde turned to crowdfunding Kickstarter to finance the Smog Free Tower, and the "Smog Free Rings" and cufflinks are still available for purchase. As the tower has already been constructed, the proceeds will now go towards financing its travels around the world.

After all, the Smog Free Tower alone won't clean up all the air, that was never the intention. Instead it is intended to inspire people to initiate change. "My dream is to have a new human right," says Roosegaarde, "the right to clean air."