The battle to deliver your online shopping | Business | Economy and finance news from a German perspective | DW | 27.11.2020 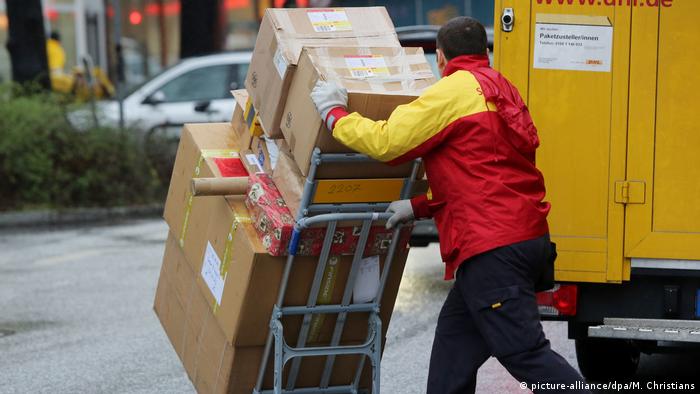 For parcel delivery companies, 2020 has been a year like no other. Typically, peak delivery season starts in late November. First, there's Black Friday which rolls into Cyber Monday, before the December rush until Christmas.

But ever since COVID-19 lockdowns were announced in March, the likes of Hermes, DHL and UPS have been running at full tilt as shoppers make more and more purchases online.

In the UK, e-commerce made up 28.1% of total retail sales this October — a jump of almost 50% compared with October 2019. It is a trend that looks set to stay. A recent survey by McKinsey consultancy in Germany predicts an increase between 25% and 40% in consumers who do most or all their shopping online once the pandemic is over. This is massive news for the parcel delivery industry.

Why DHL is thriving during coronavirus pandemic

In July, Hermes UK announced it would hire more than 10,000 new staff to meet continued growth in online shopping. But it isn't just extra manpower that's required. The events of 2020 are turbocharging the industry's shift from solid and unspectacular to dynamic, competitive and innovative as it attempts to solve its toughest challenge: the 'last mile' of delivery.

In the not-too-distant future, that will mean autonomous drones and delivery robots buzzing around our cities. Indeed, trials for both have already been carried out by Google and Amazon, as well as ambitious startups like Starship, Wingcopter and Matternet.

But while automation is becoming fundamental in shipping and distribution centers, the last mile is still reliant on human involvement. For the foreseeable future, technology in this part of logistics will be more about supporting people rather than replacing them. 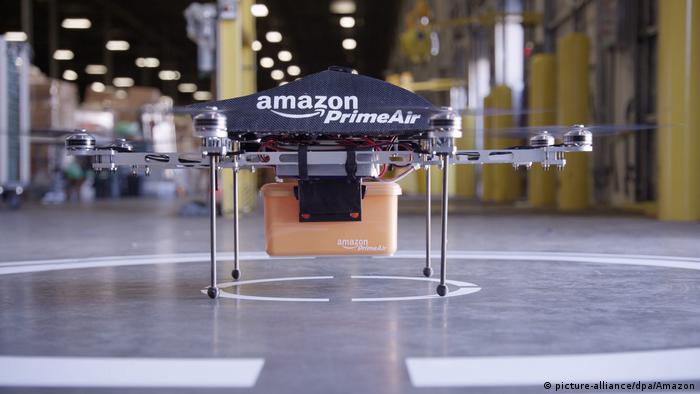 With parcel volumes continuing to rise, improving efficiency is a major focus for carriers. Many have adopted AI-powered route planning systems to shorten journey times, while alternative drop-off locations now include lockers, local convenience stores, garages and even cars to reduce the number of unsuccessful deliveries.

"People not being in is one of the biggest causes of wasted journeys," Thomas Zunder, principal research associate at the Future Mobility Group of Newcastle University in northern England, told DW.

For now, the majority of parcel deliveries are still carried out by van, but increasingly congested streets are forcing delivery firms to seek alternatives. UPS and DHL have begun to introduce electric bicycles, while UK-based startup Zedify delivers almost exclusively with cargo bikes and trikes.

"Once you get into city centers, vehicles can't compete with us in terms of productivity and cost," co-founder Sam Keam told DW.

Sometimes, getting off the road entirely and onto the sidewalk is the best way to go. "Automated walking robots will start to follow the delivery person and provide extra cargo capacity but retain the human competencies," says Zunder. UPS has recently introduced such "e-walkers," while Hermes has been trialing "street porters" in which a van acts as a mobile refill station for a handful of couriers, who deliver packages on foot.

For a growing number of consumers and local authorities, parcel delivery isn't just about efficiency, though, it's also about sustainability. Our growing love of online shopping could lead to a 36% increase in delivery vehicles on the roads of major cities by 2030. That would raise delivery traffic emissions by 32% and congestion by 21%, according to the World Economic Forum.

Never one to miss an opportunity, Amazon is now muscling in on the last-mile space by investing heavily in electric vans. The retail giant has already ploughed $700 million (€587.3 million) into US startup Rivian. It expects to have 10,000 of its bespoke vehicles on the road by 2022, with a fleet of 100,000 expected by 2030.

And it's not alone. Earlier in 2020, UPS announced a minority stake in new UK electric vehicle manufacturer Arrival, with a commitment to purchasing 10,000 purpose-built delivery vans. The company has also ordered 125 of Tesla's electric trucks. 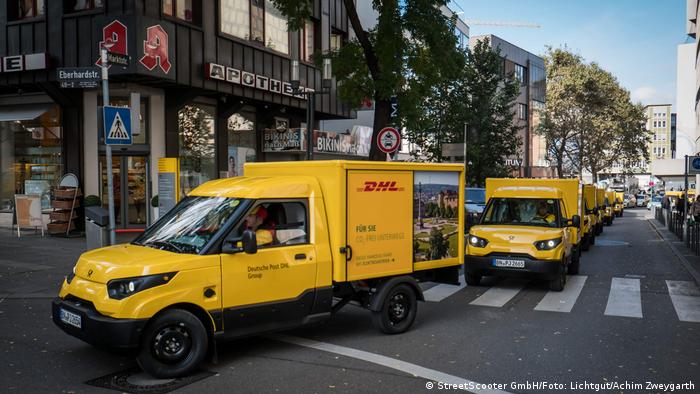 One key trend threatens to undermine logistics' move towards sustainability, however — our desire for deliveries to be made as quickly as possible. According to a 2020 study conducted by Irish consultancy Accenture, two-thirds of consumers said same-day shipping is valuable. That number jumps to more than three-quarters for consumers under 30 (77%).

"It doesn't matter whether they're electric or not, this will only result in more vehicles on the streets. We need to really question if that's the best approach," says Sam Keam. Ultimately, Thomas Zunder believes couriers can deliver clean urban logistics, but some changes are required. Retailers need to set customer expectations, he says, while regulations also have a part to play, "such as incentivizing city access based on the sustainability of the logistics system delivering the package."