It’s a bit of a juggling act being an Argentinian resident of the Falkland Islands nowadays. The international media scrutinized the Islands during the recent referendum. Now, there's Thatcher's legacy to contend with. 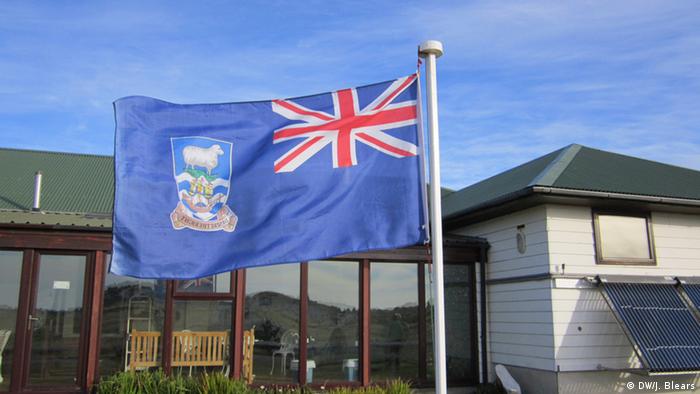 With a less than 3,000 people on the Falkland Islands and a telephone directory not much bigger than a restaurant menu, containing cellular as well as home numbers, it's not difficult to track down members of the tiny Argentinian community. But one by one they decline, each politely - some rather wearily, others warily.

Yet Argentinian-born Maria Strange is like a light breath of fresh air, in a place which is often swept by heavy gusts of near gale force winds.

It's a bright, breezy sunny morning, and she tells me that I've caught her in a good mood. After a brisk walk to her tree-lined house, we're sitting with mugs of strong coffee in the living room.

Maria's bell clear diction was honed by an English school education in a leafy suburb of Buenos Aires, long before she arrived on the Falklands in 1972. She confides although it's just across the water, it was like stepping out on to a different planet. Maria also remembers later considering it like an English village, although at that time she says she hadn't visited Britain. 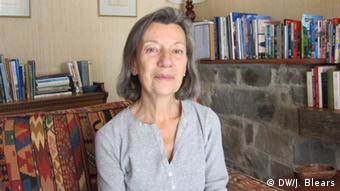 Maria earned her integration into the Falkland Islands. She didn't run for cover or back to Buenos Aires during the 1982 invasion, masterminded by the late Argentinian dictator of that era, General Leopoldo Galtieri.

The Falklands is geographically spread out, but even today it remains a small community, and although it's welcoming and most definitely home, Maria confirms that sometimes taking a short break is a necessary tonic. Far more accustomed to speaking English after all these years, she readily admits she sometimes has to search for the right word in her mother tongue for a day or two when on holiday.

On another morning at his offices downtown, Stephen Luxton, director of the Falklands Government's Mineral Resources Department, explained that in 2010, the Sealion oil field was discovered 120 miles off the Northern tip of East Falklands. Oil production is due to start in 2017, and with a projected peak yield of 70,000 barrels per day, its projected life is a quarter of a century. The production will remain offshore and will inevitably bring considerable wealth via corporation tax and royalties, which the Falklands Legislative Assembly plans to use prudently and wisely on capital projects. If done so properly, it could last 100 years.

With a nervous laugh Maria explains: "There's potential wealth that they (Argentina's Administration) want to get their hands on it. You know…the fisheries and now there's the possibility of oil. Somehow things could work - if they wanted to play by the rules."

Argentina's current President Cristina Fernandez de Kirchner, has her own rule book. She won't renounce what she insists is an historic sovereignty claim over what she terms the Malvinas. She's even tried to enlist the help of Pope Francis to intercede. He used to be the Archbishop of Buenos Aires. 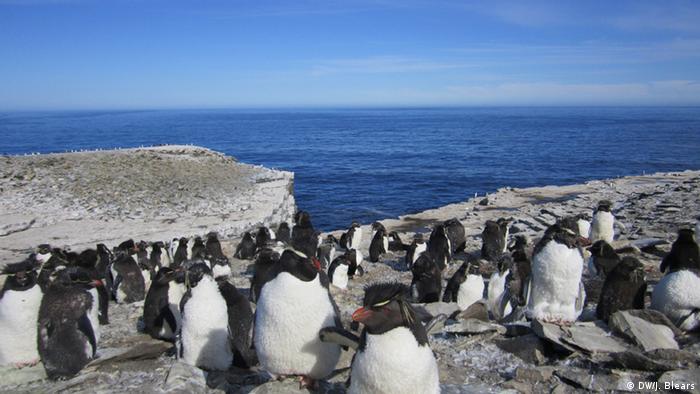 These residents couldn't care less about the Islands' sovereignty

Coincidently, Falklands Legislator Dr Barry Elsby was on a hearts and minds tour in Mexico, following the death of Lady Thatcher, when the controversy of Argentina's President Cristina Fernandez Kirchner not being invited to the funeral surfaced.

Elsby says that Fernandez is a self-declared foe of the Falklands and Britain and for her to expect an invitation to Margaret Thatcher's funeral is absurd. "To be magnanimous is one thing, but there's got to be a bit of movement on her side. So I'm not surprised she wasn't invited."

President Jose Mujica of Uruguay has apologized for calling President Fernandez de Kirchner an "old hag" in an unguarded moment, which was caught on an open microphone. Elsby explains that everyone deserves respect, but he also wryly observes this seems to have been an indication of weary frustration.

"There are many people in governments in this region who are a little bit tired of her rhetoric and the way she approaches matters. And President Mujica is just one of those who've been caught out, expressing what he really thinks."

Argentina's unremitting pressure on the status of the Falklands makes things awkward rather than unbearable for the sturdy and resilient Falkland Islanders. Only one flight per week of Chile's nation airline LAN, crossing Argentinean airspace, is permitted in and out of the Falklands.

Companies trading with the Falklands are deeply frowned upon by officials in Buenos Aires, and there's even a flying-the-flag dispute aimed at ships hoisting the Falklands emblem. Many see this ongoing campaign as a pointless exercise.

Welcoming and open by nature to newcomers and touchingly old world trusting to the extent that they leave their houses unlocked and keys in the Land Rovers, the Islanders wouldn't be human if they didn't feel the chafe of this irritating pressure.

A lot of the car stickers backing up the referendum are unashamedly patriotic, others pointedly humorous and cheeky. A few are jingoistic and in very poor taste. 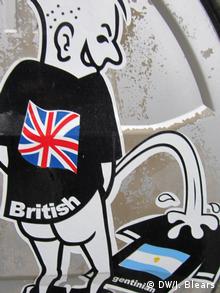 Some British reactions have not been entirely helpful

Brigadier Bill Aldridge, who's in charge of the British Military Base on the Falklands, which encompasses the airport, says some people don't realize just how traumatized parts of the population remain to this day about the 1982 Argentinian invasion.

Back then a British Taskforce sailed 14,000 kilometers to reach the Falklands and defeat the Argentinean Invaders in a 74-day war. The death toll included 255 British troops, 649 Argentinians and three Falkland Islanders.

Brigadier Aldridge, who is almost completing an extended two-year tour of duty in the Falklands, is approachable, affable and he takes the initiative. It's a duty but also a pleasure for him. He involves himself in the Falklands, which he has grown to love. Everyone knows his phone number and he's a front line point of contact. He describes his favorite weapon as the phone book and is the sort of soldier who realizes that visiting people, having a chat and sharing a cup of tea in or out of uniform, is important.

He explains that the presence of the British Armed Forces on the Falkland Islands is a deterrent so there can be no mixed signals or misunderstanding about British commitment.

That continued presence insures peace - and peace of mind. "I think that if our British deterrent force was not here, they (Argentina) would be back quicker than you could shake a stick," says Roger Edwards, a member of the Falkland Islands Legislative Assembly.

"99.8 percent of those eligible to vote, voted yes in the referendum. They want to remain an overseas territory of the United Kingdom, with the right to self determination and a right to determine their own future. That is the message I would put over to Argentina. For goodness sake listen to us. We have said what we wish!"

Opinion: We are all 'Thatcher's Children' now

Beyond her political legacy, Thatcher also changed several generations who grew up during her long rule. Regardless of their own politics, they were influenced by her policies and ideology. Emma Wallis is one of those. (17.04.2013)

Former British Prime Minister Margaret Thatcher has died of a stroke at the age of 87. She was the most important British politician of the post-war period. (08.04.2013)

UK leaves 'no room for doubt' over Falklands

Britain went to war over the Falkland Islands more than 30 years ago. But the issue of their sovereignty has never really gone away. DW looks at the United Kingdom's current policy toward the islands. (09.03.2013)