Thailand’s top court has ruled that the country’s recent general election was invalid. The snap polls were an attempt by the prime minister to quell an ongoing political crisis. 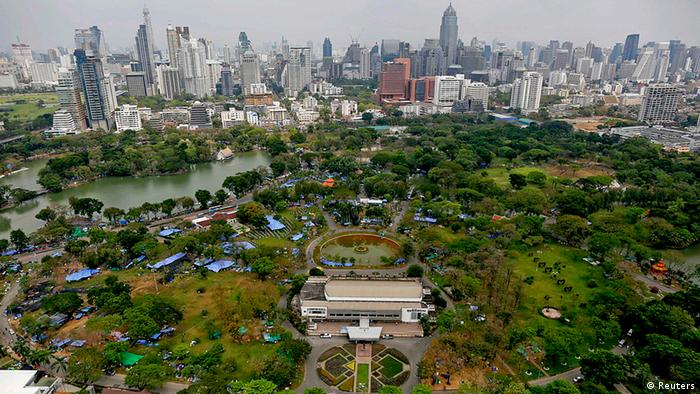 The ruling, handed down by the Constitutional Court in Bangkok, found that the February 2 general election was invalid because voting could not be completed in all parts of the country on the same day.

The election was severely disrupted by protesters in several parts of the country, meaning that voting could not be completed in almost 70 of the country's 375 constituencies. This left the new parliament short of a quorum to elect a new prime minister.

Prime Minister Yingluck Shinawatra, who called the early polls in a bid to ease the crisis, has since remained in the post on a caretaker basis with limited powers.

The opposition, which regard Yingluck as a puppet of her brother, former Prime Minister Thaksin Shinawatra, were not satisfied with the early election call, and continue to demand that she and her government step down to allow for an unelected council to introduce political reforms to the country.

Friday's decision threatens to deepen a months-old political stalemate, which began when Yingluck's government moved to pass an amnesty law, which could have paved the way for Thaksin to return from exile in Dubai.

The unrest is the latest in a series of political crises, which stretch back to 2006, when Prime Minister Thaksin was ousted in a military coup.

He was subsequently handed a jail sentence after being convicted on corruption charges, but fled the country before he could be detained.

Friday's decision comes just two days after the government lifted a state of emergency, which had been imposed in January in a bid to contain protests ahead of the February 2 vote.

Twenty-three people have been killed and hundreds of others wounded in clashes between police and anti-government protesters in recent months. The demonstrators scaled back their activities a couple of weeks ago, ending their campaign to "shut down" Bangkok and have since concentrated their protests at one site in a city park.

Thailand is holding election re-runs in some of the provinces where voting in a February 2 election was disrupted by opposition protests. When complete, the polls could provide a mandate for a new government. (02.03.2014)