Thai junta deals double blow to ousted PM Yingluck | Asia| An in-depth look at news from across the continent | DW | 23.01.2015

Thailand's military-stacked parliament has voted to impeach ousted PM Yingluck Shinawatra over a failed rice subsidy scheme. The move, which bans her from politics for five years, may reignite divisions in the country. 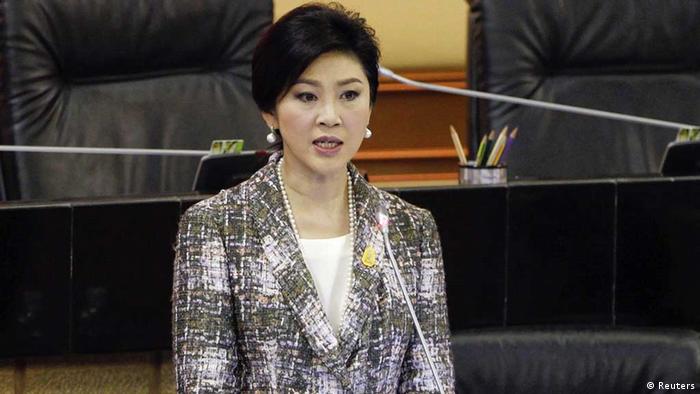 Thai authorities have dealt a double blow to ex-premier Yingluck Shinawatra. On Friday, January 23, military-appointed lawmakers in the National Legislative Assembly (NLA) voted to impeach the Thai leader for her role in overseeing a money-losing rice subsidy scheme, a decision which bans her from politics for five years.

Almost at the same time, the attorney general's office announced it would proceed with criminal charges against her for negligence and alleged corruption in the rice program. No date has been set for the formal indictment, but if she is found guilty by the Supreme Court, then she could be imprisoned for 10 years. As a convicted criminal, Yingluck would be unable to run for political office ever again.

Under the controversial scheme, the government paid rice farmers up to twice the market price for grain. Much of this rice, however, was not sold. In one of the world's top rice-exporting nations, Yingluck's subsidy program not only fueled anti-government protests, but also cost the country some four billion USD, according to Thailand's National Anti-Corruption Commission (NACC), which led the probe into the scheme.

The former PM had defended herself, rejecting the parliament's accusations and stating the scheme was designed to help the country's farmers "who are the backbone of the economy." She also questioned the legitimacy of the proceedings, arguing she was no longer in office, but to no avail. 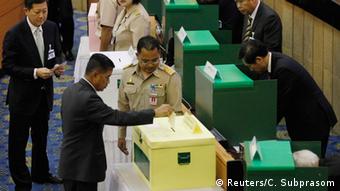 No chance for Thaksin supporters

Political analysts argue that what was truly at the heart of the impeachment case was the royalist-military establishment's desire to wipe out the influence of Yingluck's older brother and former PM Thaksin Shinawatra from Thai politics.

"By impeaching Yingluck, along with the majority of former lawmakers from her Puea Thai Party, they have made it impossible for most of Thaksin's top followers to run for office for five years," said Gregory Poling, Southeast Asia analyst at the Washington-based Center for Strategic & International Studies (CSIS). The move is the latest in a decade of political upheaval which has beset the Southeast Asian country.

Thailand is currently under the rule of a military junta following a May 22 coup. The man behind the coup - General Prayuth Chan-ocha, currently Prime Minister - argued that the military takeover was necessary to avoid further bloodshed following months of political turmoil in the country pitting anti-government demonstrators against supporters of the Yingluck administration.

The legislative assembly which voted in the impeachment case was composed entirely of military personnel and civilians closely linked to the military - all of whom were appointed by the junta.

Impeachment as a 'last resort'

Analyst Poling says that Yingluck's impeachment sends out a clear message that the military leadership has no intention of allowing Puea Thai or a successor party to contest a free and fair civilian election if they are uncertain about the result.

The reason can be found in recent Thai political history which reveals that the political elites led by the Democrats - the junta's preferred civilian politicians - are ill-equipped to compete in free elections with the Shinawatra political machine which has won every national poll since 2001. 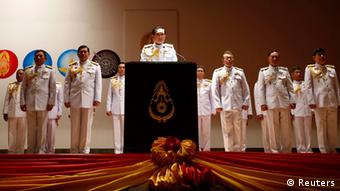 Therefore, Poling argues, they see extra-constitutional means as their last resort to keep Thaksin and his cohort out of power. "In the eyes of the junta, the Shinawatras are a threat to the traditional balance of power in the country, with their perceived lack of respect for the monarchy and their resort to populist policies," the analyst said.

Thailand's military government has faced growing international criticism for its handling of the situation and failure to set a date for democratic elections.

Human rights organizations have accused the junta, formally known as the National Council for Peace and Order (NCPO), of engaging in systemic arbitrary arrests and detentions, restricting freedom of expression and assembly, pursuing lèse majesté charges on an unprecedented scale to target critics, and stifling public protests.

The military rulers have tried to present themselves in a positive light by launching a "national happiness" campaign, and reassuring foreign investors, tourists and fellow Thais that calm has been restored to Southeast Asia's second largest economy.

But this uneasy calm might now be disturbed. Yingluck, the kingdom's first female PM, and her billionaire self-exiled brother Thaksin, who was also ousted in a 2006 coup, still have many supporters in the country, especially among the mostly rural poor in the North, Northeast and Central Plains.

Paul Chambers, Director of Research at the Thailand-based Institute of Southeast Asian Affairs in Chiang Mai, explains that the May 22 coup erased any growing anger that farmers felt toward Yingluck about the failed rice pledging scheme, given the fact that the new military junta was perceived by them as a spoiler of populist measures and a destroyer of democracy. 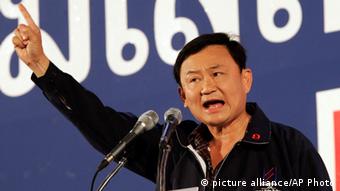 Thaksin was ousted in a military coup in 2006

"In this sense, the coup was a blessing in disguise for the Shinawatras," said Chambers.

Analysts therefore fear that the latest blow to the Shinawatras may have worsened the country's political divide and eventually and prompt their "red shirts" supporters to take to the streets again. "This decision will immediately produce an uneasy silence among pro-Thaksin Thais.

But as Yingluck appears to look increasingly victimized by the military, the silence can easily turn into growing sympathy for her, which could quickly transform into demonstrations, said Chambers. "If she is sent to jail then she would easily become a martyr to many Thai people. Indeed, it could easily lead to the beginning of protests against the military regime."

The military-led junta seems to have expected some level of resistance and already urged Yingluck's supporters to stay out of Bangkok this week over concerns of unrest. In a radio broadcast earlier on Friday, Army Chief General Udomdej Sitabutr called on the population to respect the NLA vote, according to Reuters.

More of the same?

The divisions within Thai society don't seem to have been smoothed over by the coup.

Instead, analyst Chambers argues that the political divide has become latent under the junta. "The decision to impeach Yingluck implies that a purpose of the 2014 coup was to facilitate a legal means of forcing Yingluck out of Thai politics. This, alongside the eventual decision to send Yingluck to jail could crystallize into a re-sparking of open political divisions." 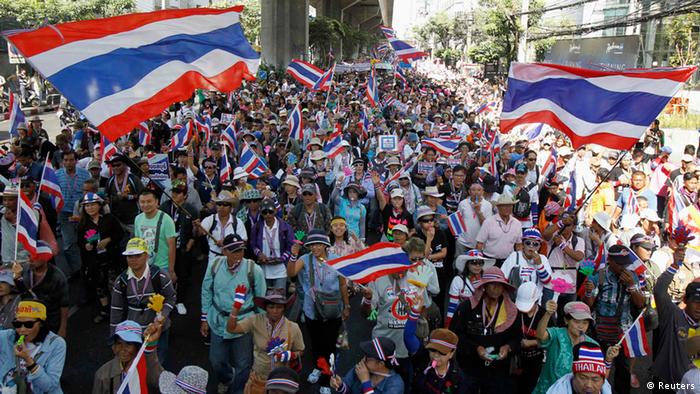 Analysts are not optimistic about Thailand's democratic future in the short-term. They argue that the new 2015 constitution will likely feature elements to keep parties such as Puea Thai from gaining much power.

Those provisions may include diminishing the power of the premier, altering the electoral system to make it difficult for any one party to gain a parliamentary majority; and possibly keeping a fully appointed Senate. "We can surmise from this impeachment that Thailand will see more of the same," said Chambers.