Months of political turmoil have negatively affected Thailand's economy with output shrinking in the first quarter. Experts say investors are postponing decisions until there is more clarity about the situation. 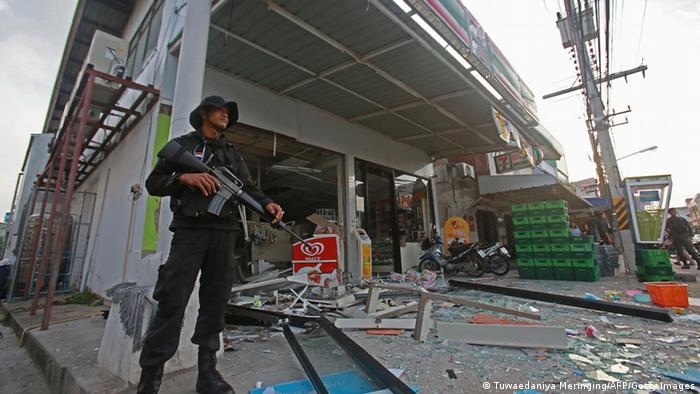 Economic activity in Thailand took a hit on the back of months of political unrest that gripped the Southeast Asian nation. Gross domestic product (GDP), defined as the total market value of all goods and services produced within a country annually, slid 0.6 percent year-on-year in the first quarter of this year and is expected to continue on its downward path due to the prevailing political instability.

The gridlock has particularly affected certain segments of the economy, such as tourism and construction, among others. While the more than $35 billion tourism sector, which accounts for some 10 percent of the kingdom's economic output, has seen significant declines, construction activity plummeted even more by some 12 percent from the level a year earlier, according to Thailand's National Economic and Social Development Board.

"Tourism has felt the impact by as much as 15 to 20 percent, and this may get worse in the coming months, as tourists will be scared away by visible measures, such as the use of the martial law and the establishment of a curfew," said Véronique Salze-Lozac'h, chief economist at the Asia Foundation.

Furthermore, both foreign and domestic investments in the nation have been affected significantly by the crisis. Indeed, investment slumped by more than 9 percent during this period, although the country is generally viewed as an attractive destination for foreign money.

Southeast Asia's second largest economy boasts a high-tech manufacturing sector, including the production of high-end goods such as integrated circuits that contribute significantly to the nation's export-led growth. 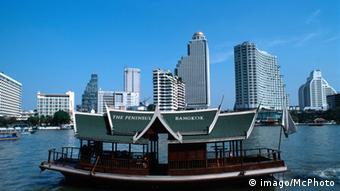 Tourism accounts for around 10 percent of Thailand's GDP

The abundance of skilled, low cost workers and a well-developed infrastructure have also contributed to turning the country into one of East Asia's leading manufacturing hubs.

According to Salze-Lozac'h, Thailand - which is a base for many global automakers as well as manufacturers of electronic components - could risk losing its attractiveness as a manufacturing base if the situation was to remain unstable in the coming months.

She believes, investors are risk-averse in times of political instability and will hold off on decisions to invest until there is more clarity on the situation.

"The crisis would not only prevent investors to upgrade or expand their production units but also postpone government's reforms and thus affect the whole business environment," the Bangkok-based economist told DW.

The Bank of Thailand announced on Friday, May 30, that private-investment index (PII) decreased by 4.7 percent from the level a year ago. "Businesses continued to defer investments awaiting a better economic outlook and clearer signs of political resolution," the central bank said.

There is also criticism that the domestic political crisis has hampered Thailand's ability to play a leadership role in the region. With the imposition of martial law, the country will not be able to contribute effectively and may struggle to make essential long-term economic and foreign policy decisions, said Rajiv Biswas, chief Asia economist at IHS, a US-based provider of global market and economic information.

Economic data released on Wednesday (28.05.2014) revealed that factory output ebbed for the 13th straight month in April, while exports remained weak and imports dipped. Against this backdrop of uncertainty and economic weakness, the military - which ousted the civilian government and took over the reins in a coup on May 22 - has focused its attention on revitalizing the economy in a bid to boost its popularity.

As a first step, the military government ordered the payment of some $3 billion owed to rice farmers by the previous Pheu Thai Party-led government of Yingluck Shinawatra, which was buying the crop at above market prices. The opposition had claimed that the controversial system was corrupt and charges were brought against Yingluck by the National Anti-Corruption Commission over the scheme.

But the army's decision to pay farmers is considered as a step in the right direction, as around 40 percent of the Thai population is still dependent on agriculture, and the payments could boost their purchasing power. This, in effect, could spur consumption which dropped by about two percent last quarter. The development has also prompted many Thai economists to upgrade their outlook for the economy.

"There is a bit of an upside that now the military government will speed up disbursements and rice payments," Thammarat Kittisiripat, an economist with TMB Bank, was quoted by Reuters as saying.

There are also plans to increase government spending on infrastructure projects that could contribute to long-term growth. Thailand's ruling military also relaxed its curfew and other restrictions to reduce the economic impact on tourism.

However, the leader of Thailand's military coup, General Prayuth Chan-ocha, has ruled out elections for more than a year. In a televised address on May 30, he said that time is required for political reforms and reconciliation, and called on all sides to cooperate and stop protesting.

While some investors and industry groups remain optimistic about the current situation and expect a quick economic turnaround, others believe business confidence and consumer spending will remain subdued in the coming months, which could raise the chances of the country slipping into a recession; explained as two consecutive quarters of negative GDP growth.

Credit ratings agencies such as Fitch hinted at a potential downgrade by saying that the political instability could threaten the nation's economy and have a negative impact on its sovereign rating. 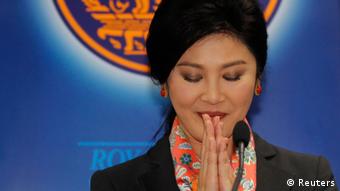 According to the Asian Development Bank estimates, economic expansion will remain constrained through the first half of the year, growing at just 2.9 percent. But in case a stable government is formed in 2015, then growth could jump to 4.5 percent, the bank predicted.

"Despite the famous resilience of the Thai economy and more importantly of its people, this year will certainly show a disappointing performance by an economy that has so much potential for being a leading one in the region," said economist Salze-Lozac'h.