UK supermarket Tesco has removed Marmite from its online stores. The move follows a reported row with supplier Unilever over raising pricing, to compensate for the pound's recent fall on the UK's Brexit plans. 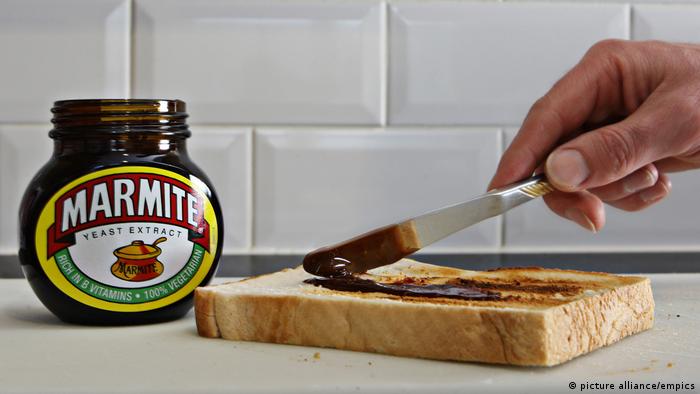 Tesco, the world's third biggest supermarket chain,reportedly refused on Thursday to accept Unilever's request to hike prices of its products in a bid to offset the cost of imported commodities following the fall of the pound.

"The Financial Times" reported that the dispute broke out following a turbulent few days for the pound, which last week plummeted against the dollar to its lowest level in 31 years. The decline of the pound comes off the back of fears Britain's decision to leave the EU could see the country leave the single market in a trade-off to gain control over immigration.

Refusing to accept Unilever's demands, Tesco pulled a host of Unilever products from its online store, including PG Tips tea bags and Ben & Jerry's ice cream. But it was the sudden absence of Marmite which prompted national furore. Within hours, #Marmitegate was trending on social media, reflecting one of the most vivid signs to date of how leaving the EU could hurt consumers.

Unilever refused to comment on its relationship with Tesco, while the supermarket chain said: "We are currently experiencing availability issues on a number of Unilever products. We hope to have this issue resolved soon."

But if Marmite stays off the shelves, Germany could have an answer. A company in Hameln has been making Vitam-R yeast spread since the 1920s. It may not have the same cachet as Marmite, but its smoother taste has a cult following among health food aficionados. But it, too, has become more expensive to import to Britain - even if, after Brexit, it will by default become the leading brand in the EU.

The British supermarket giant Tesco made headlines last year after logging record losses, but now the company's finances have rebounded and the retailer has even said it made a slender annual net profit. (13.04.2016)