Europe's biggest trial of a suspected al Qaeda cell ended this week with 18 of 24 defendants being convicted for collaborating with a terrorist group. But what sort of example has it set for similar cases in the future? 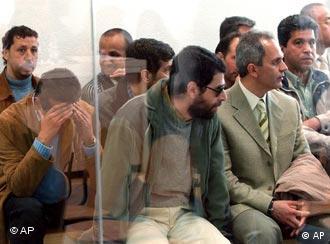 The trial has been called unfair by some critics

On Monday this week, Spain's highest court convicted 18 of the 24 defendants in Europe's biggest trial of suspected Islamist militants. Most of them belonged to or collaborated with the al Qaeda terrorist network.

Rubira and his legal team were demanding multiple life sentences for the top three suspects, charging them with murder for supporting the masterminds of the Sept.11, 2001 attacks.

Instead, one of the top suspects, Abrash Ghalyoun, has been set free, another, Dris Chebli, has received six years in prison. 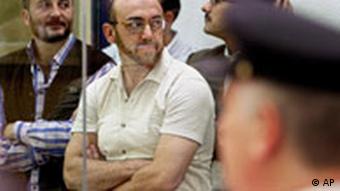 The top suspect, Barakat Yarkas (photo), who according to the authorities was the leader of al Qaeda in Spain, was sentenced to 27 years, but was cleared of murder.

Charles Powell, a political analyst with the Elcano Institute in Madrid said this is not the strong message Spain's authorities were hoping to send.

"I think prosecutors have found that the al Qaeda phenomenon is a very slippery one. In other words, it's very difficult to prove that these people received orders from abroad telling them what to do," Powell said.

"The chain of command is a very elusive one."

Nonetheless, the trial was seen as a crucial test of Spain's way of fighting international terrorism through legal means.

It's a strategy supported by other European countries such as Germany and France and involves long police investigations and intelligence gathering followed by the arrest of suspects and a trial.

The methods stand in sharp contrast to the more aggressive policy followed by the United States that tends to rely on wars, military prisons and, where necessary, military rather than civil courts.

Fighting terrorism via the courts

The stark difference in the two approaches means many observers were looking to the Madrid trial to see whether the European approach was adequate in the face of global terrorism. 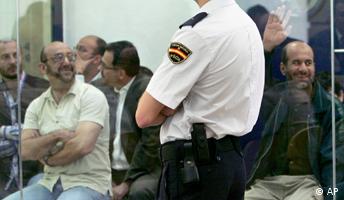 Juan Aviles, a history professor and terrorism specialist at Madrid's Open University said he was hopeful.

"I think that this trial is a good hope of fighting international terrorism inside the law," Aviles said. "I am optimistic about this."

But defense lawyers complained bitterly about the way Monday's trial was conducted and the evidence that was admitted into court. 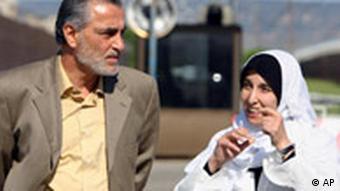 In the case of Tayssir Alouni (photo), the al Jazeera correspondent who interviewed Osama bin Laden, the judges were convinced, on the basis of phone conversations and records of meetings, that Alouni did use his position as a journalist to help al Qaeda.

Human rights groups too have been closely watching the trial, along with members of al Jazeera.

Al Jazeerah's editor in chief, Ahmad Sheik, was devastated when Alouni received a sentence of seven years in prison.

Experts say that the trial also graphically demonstrated the potential threat to civil liberties -- a problem that democratic societies invariably face when they fight international terrorism. 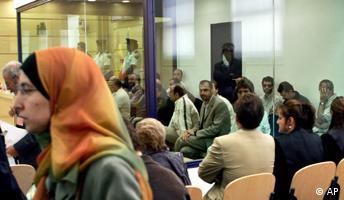 "It raises questions about freedom of expression and questions will continue to be raised I think about some of the evidence that was used to obtain this conviction," said analyst Charles Powell.

It's uncertain what sort of example this trial has set for the future.

Some experts like Juan Aviles are happy with the sentences and not concerned that only one of the suspects was actually linked to the Sept. 11 attacks.

But for others, lingering questions remain about the evidence used to achieve convictions and the enormous gap between the prosecution's charges for the top suspects, and the sentences the defendants actually received.

What Germany has had a tough time doing, Spain accomplished in great order on Monday: 18 suspected al Qaeda were jailed for involvement in the Sept. 11 terrorist attacks. (Sept. 26, 2005)

Mounir El Motassadeq, the man accused of aiding the Hamburg cell which perpertrated the Sept. 11 terror attacks in the United States, was convicted by a German court on Friday and sentenced to seven years in prison. (Aug. 19, 2005)

A suspected al Qaeda financier was freed from jail in Germany on Monday after the country's highest court blocked his extradition to Spain, dealing a new blow to German anti-terror efforts. (July 19, 2005)