Tensions rise between Morocco and Germany | World | Breaking news and perspectives from around the globe | DW | 08.05.2021

Tensions rise between Morocco and Germany

Rabat appears to have three main issues with Germany, but the most pressing appears to be control of the Western Sahara. Berlin is hoping for a quick resumption of bilateral relations, in the interests of both countries. 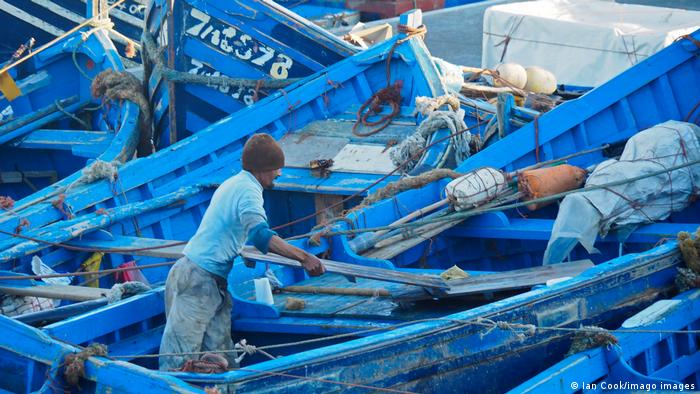 This week, the ongoing tensions between Morocco and Germany have reached a new level, after Morocco took exception to Berlin's stance on its claims to the Western Sahara. Last Thursday, the Moroccan Foreign Ministry recalled their ambassador, Zohour Alaoui, and published a list of allegations against the German government. "This kind of pressure is unprecedented," Dr Maria Josua, research fellow at the German Institute for Global and Area Studies (GIGA) in Hamburg, told DW on the phone.

After months of growing tensions, which led to freezing relations with the German Embassy in Rabat in March, the Moroccan Foreign Ministry has now — much to Berlin's surprise —  concluded that Germany has been exacerbating "hostile acts that are detrimental to the higher interests of the Kingdom of Morocco." From Berlin's point of view, there is "no basis for these kinds of allegations," Maria Adebahr, spokesperson of the German Foreign Ministry, told DW.

While Rabat appears to have three main issues with Germany at the moment, the most pressing appears to be the control of the Western Sahara territory. The other two points of criticism include dismay that Morocco hadn't been invited to a conference on Libya in Berlin, and that Germany hasn't tried to silence or expel Duisburg-based Moroccan social media activist Mohammed Hajib.

Morocco has no interest in new negotiations on the Western Sahara

Former US President Donald Trump recognized Morocco's sovereignty over the long-disputed territory, for which the Algeria-allied Polisario Front has been seeking independence. The German government — despite welcoming the normalization of Israel's and Morocco's ties — criticized the move and repeated this Friday that its "position on the conflict concerning the Western Sahara remains unchanged." 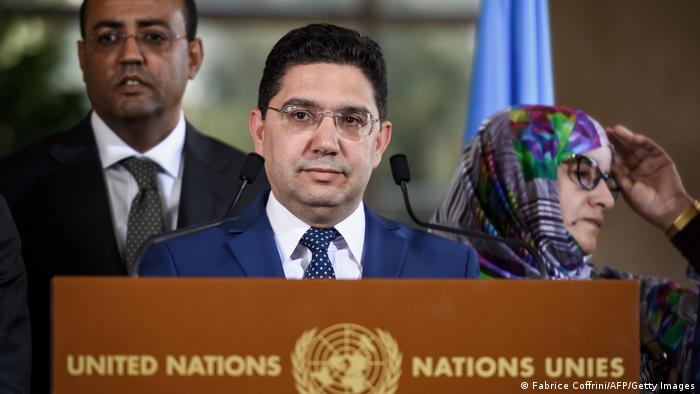 Despite some changes, such as increasing the role of women in public life, the Kingdom of Morocco is still known for three public taboos: Questioning the country's territorial integrity, criticism of King Mohammed VI, and speaking out against Islam.

"From the point of view of the Moroccan government, Germany's summoning a session in the UN Security Council on the question of the Western Sahara broke the first of these three political taboos," Kressen Thyen, an expert on the region and researcher at the University of Bremen, told DW by phone.

What is remarkable is that this week's recall of the ambassador to Berlin coincided with a speech by Morocco's Foreign Minister Nasser Bourita at an online conference of AIPAC, America's largest pro-Israel lobby. There, Bourita emphasized the importance of maintaining the recent US-Israel-Moroccan deal in which the US became the first Western government to support Morocco’s contested claim over the Western Sahara in exchange for Morocco normalizing its diplomatic relations with Israel.

His appearance might be of strategic relevance as it is highly likely, though not yet officially confirmed, that the Biden administration will not revoke the deal made under its predecessor.

"The US is still supporting autonomy of the Western Sahara and are pushing for new negotiations in this regard," Thyen said. If the US insisted on this, other states and the UN Security Council might follow suit.

"Obviously, Morocco is not very interested in new negotiations at this stage given the current escalation of the conflict with the Polisario," the analyst said.

Experts agree that the two other points of criticism are of less significance than the first. However, Rabat did point out that the kingdom hadn't been invited to a Berlin-based conference on Libya last January, despite being one of the negotiators between the opposing parties.

"Germany exhibits a continued determination to counter Morocco's regional influence, particularly on the Libyan issue, by attempting to improperly exclude the Kingdom from a number of regional meetings devoted to resolving this issue such as the one held in Berlin," Morocco's Foreign Ministry said in a statement.

The third bone of contention was Germany's relaxed attitude to the Duisburg-based Moroccan YouTube activist Mohammed Hajib, 39, who has been publishing critical clips in Arabic on this YouTube channel with 36,000 followers. Morocco has been seeking support from the German government in clamping down on Hajib and even issued an international arrest warrant which was later cancelled by Interpol.

"The Moroccan government considers Hajib's clips a major threat as he is able to make his points of view available to a large public, which could eventually lead to mobilization in Morocco," Josua told DW.

While it is not uncommon for Morocco to try to silence activists abroad, "this kind of pressure on the German government is remarkable," the analyst concludes.

"Morocco's behavior is more of a symbolic warning shot for Germany," said Thyen. In other words, it is most likely that mutual bilateral interest in the future should remain unaffected by this escalation.

"Germany is an important partner when it comes to trade, money and development aid, and Morocco is a major partner on the topic of migration via the Mediterranean Sea for Germany," she said. This would be enough reason for both countries to resume bilateral relations in the near future.

This conclusion is echoed by the Ministry of Foreign Affairs in Berlin: "From our point of view, it is in the interest of both countries to continue their broad level of diplomatic relations." As of Friday evening, Adebahr concluded that "we need to see and wait for the Moroccan explanation for their actions."

A leaked letter suggests Morocco might suspend diplomatic relations with Germany. According to Moroccan media, the proposal has been a long time coming.

Algeria said its decision was due to Spain's "unjustifiable turnaround" over the Western Sahara region. Earlier this year, Spain recognized Morocco's plans for the disputed territory, sparking tensions with Algeria.

Karima Benyaich, recalled by Rabat last year, is back in Madrid after Spain changed its policy on Western Sahara. But Algeria, which opposes Spain's backing of Morocco's plans for the region, has now recalled its envoy.