'Tens of thousands to stand trial in Turkey'

Turkey has said 32,000 have been detained over links to Fethullah Gulen, who Ankara blames for the July coup attempt. Turkey continues to press the US to extradite the Pennsylvania-based religious leader. 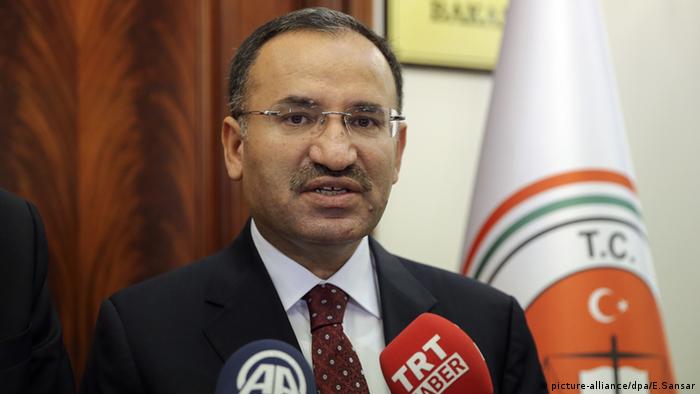 Police in Turkey have arrested more than 100 more suspects for their alleged roles in the July 15 putsch attempt. Ankara says it will cooperate with the Council of Europe to ensure just trials for thousands of suspects. (07.09.2016)

According to Turkish media, a crackdown on supporters of cleric Fethullah Gulen has been launched by the government. President Erdogan and his supporters blame Gulen for a failed coup attempt in July. (27.09.2016)

Turkish Justice Minister Bekir Bozdag told NTV television that 70,000 people had been investigated after the coup and of them 32,000 remanded in custody. "This process is continuing," Bozdag told the private broadcaster Wednesday in remarks broadcast live.

This staggering number of coup suspects marks an increase of more than 10,000 from those previously given by the government. Bozdag said that as courts review individual cases there could be new arrests, and some of those detained could also be released.

The logistic of conducting criminal trials of tens of thousands will be the biggest legal process in Turkey's history and are set to put the system under unprecedented pressure.

"It is not entirely clear how the trials will be carried out," Bozdag admitted as authorities struggle to set up venues for court hearings. "People are not going to be put on trial in just one place but trials will take place in all of Turkey ... We will build new courthouses as needed."

Turkey's allies, including Germany and the US, have expressed concern over the magnitude of the crackdown, but Ankara has insisted that the rule of law is being observed. Gulen, who has lived in self-exile in the United States since 1999, has denied that he was linked to the coup even as Ankara continues its full court press for extradition of the 75-year-old. 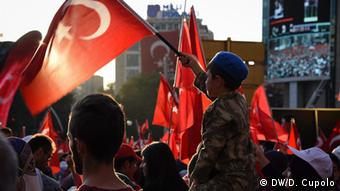 Riding a wave of patriotic fervor, Turkey now says it's building a new courthouse in the town of Sincan, near the capital as it needs more facilities to prosecute all of those implicated in the coup.

US officials have repeatedly said Ankara must provide material evidence to satisfy federal legal requirements over any extradition. Gulen is a permanent legal resident of the Untied States.

In addition to the tens of thousands being held, more than 50,000 Turkish citizens have been expelled from the civil service, including in the military, police, judiciary, and education, through decrees under the state of emergency declared after the failed coup.