A wave of television revival shows on life in former communist East Germany have hit the airwaves in Germany. Critics fear they play down the repressive reality of the system. 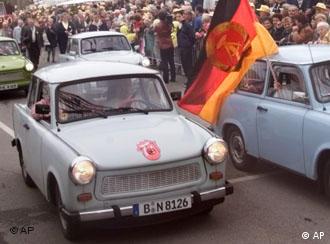 Icon of the communist east: a boxy Trabant car.

The song was a positive one, forward-looking. "Rising from the ruins and turning toward the future," it began. Now it's only the first line of a defunct national anthem that symbolized the German Democratic Republic (GDR) for 40 years.

After the fall of the Berlin Wall in 1989, communist East Germany ceased to exist and the soul-searching began. Victims, perpetrators, historians and politicians re-evaluated their experiences in the second dictatorship on German territory, rewrote history. Many East and West Germans wanted nothing more than to forget the former state that disappeared 14 years ago.

Now however the GDR is making a comeback, albeit in a softer light. As East German products and lifestyles become "cool" and "fashionable", the surge of nostalgia for a lost world even has a new nickname -- ostalgie -- a play on the German words for east (Ost) and "nostalgia" (Nostalgie). The focus is on "normal," everyday life in the communist East minus the oppressiveness imposed by a totalitarian regime.

After the surprising box-office success of the German film "Good bye, Lenin" earlier this year -- which centered around a young man's clownish attempts to recreate an ersatz East Germany after the fall of the Berlin wall for his fragile mother, who lies in a coma during reunification -- no less than four German television broadcasters have jumped on to the ostalgie-bandwagon.

ZDF, MDR and SAT.1 began airing their retrospectives of everyday life in the GDR over the past ten days. This week the RTL version is set to take off. 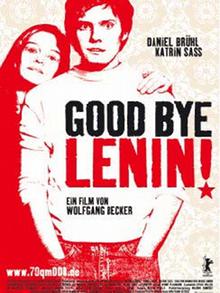 But critics are concerned that the new ostalgie wave distorts the past and plays down the unjustness of the East German state. The premier of the eastern state of Thuringia, Dieter Althaus, has warned that reviews of the GDR must reflect reality instead of being nostalgic. Leipzig media expert Hans-Jörg Stiehler has said the new ostalgie supplants political discussion of the GDR legacy. Psychotherapist Hans-Joachim Maaz has claimed the trend is superficial and that it shouldn't be allowed to play down the inhumane sides of the system.

The broadcasters, accused of trying to cash in on ostalgie, disagreed. The show wasn't supposed to deal with the political GDR, rather it was meant to show different facets of life in the GDR. "For the east German, the program affords reminiscences, the west German receives whole new insights," is how SAT.1 spokeswoman Jutta Kehrer explained ostalgie.

The shows usually feature interviews and talks with famous dissidents and actors from East Germany as well as politicians and sport figures. The upcoming one on the RTL station will be hosted by 37-year-old Olympic skating star and an icon of the east, Katherine Witt, known in Germany as the "beautiful face of socialism."

Most Germans though are skeptical of the new shows. A survey released on Friday by the polling institute Emnid revealed that 59 percent of Germans think the programs show the GDR in the wrong light, of which 22 percent said "an unjust state like the GDR is not an appropriate topic for a light program." Around 37 percent thought negative aspects of the GDR should also be shown, and 38 percent said it was fine to be reminded exclusively of the positive features of the East German state.

The real profit-makers may be found elsewhere. "The television shows and the hype about the GDR are extremely helpful," Jens Rückriem of OssiVersand.de, an online store that sells east German products and memorabilia, told Reuters. Rückriem estimated that sales would grow by 10-15 percent thanks to the new ostalgie.

Germany has been taken by storm by 'Goodbye, Lenin,' a film in which East Germany is humorously recreated from the ashes of history. On Friday, it won the country’s top film honor, the “Lola.” (June 7, 2003)

The biggest-ever retrospective of East German art, which conspicuously avoids the Socialist Realism favored by the Communist regime, opened in Berlin this week amid a wave of nostalgia and controversy. (July 27, 2003)