Teenagers fire rubber pellets at Thailand′s king in Bavaria | Germany | News and in-depth reporting from Berlin and beyond | DW | 21.06.2017

The King of Thailand was the victim of two separate attacks by teenagers with a toy gun, firing rubber pellets. Although he was uninjured, police are investigating a 14-year-old for attempted grievous bodily harm. 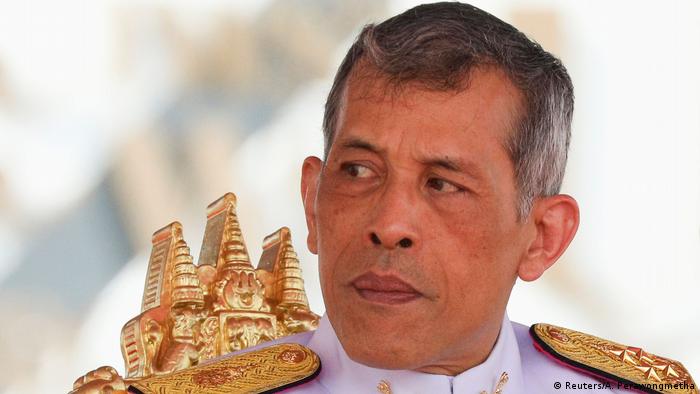 While cycling through the Bavarian town of Erding with his entourage on June 10, King Maha Vajiralongkorn Bodindradebayavarangkun of Thailand was shot at with rubber pellets from a garden by two teenage boys.

Later that day, the children shot at him again as he drove past the same location in a car.

No one was hurt in either of the incidents, but his entourage informed the police.

Although the king did not file a complaint, prosecutor spokesman in Landshut, Steinhaus-Koch, said that the incidents were being investigated. "I can confirm that on June 10 at around 11 p.m., two young boys aged 13 and 14 fired rubber pellets with a toy that we call an airsoft gun at a group of cyclists" including the king of Thailand. The older boy, aged 14, is being investigated on suspicion of attempted bodily harm. The other boy, aged 13, is too young to face prosecution.

The Thai king has owned a villa in the Bavarian village of Tutzing on Lake Starnberg since 2016. He reportedly spends a great deal of time there.

Thailand's cabinet has acknowledged the appointment of Crown Prince Maha Vajiralongkorn to succeed his late father as the new king. He has been formally invited by the president of the parliament to ascend to the throne. (29.11.2016)

BBC may have violated Thailand's strict laws prohibiting insulting the king, the miltary junta has said. Authorities have launched an investigation against the international broadcaster's Thai language bureau. (07.12.2016)