Til Schweiger stars as a detective in Germany's celebrated "Tatort" crime show. The film is showing in cinemas - and that's just one reason why it deviates from one of Germany's long-standing television traditions. 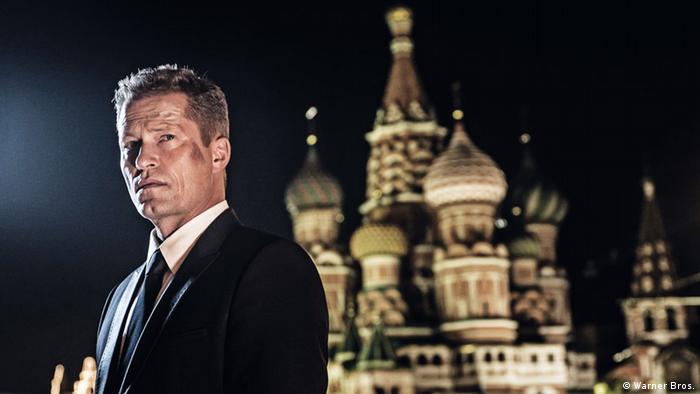 It's fast-paced, full of guns and bad guys, and has an international flair. Til Schweiger's latest film "Tschiller: Off Duty" has all the ingredients for a successful action film. Officially, it's the fourth episode Schweiger has made for Germany's longest-running crime television show, "Tatort." However, it's not just playing on TV, it's also showing in German cinemas starting Thursday (04.02.2016).

For Tatort, Schweiger plays the Hamburg detective Nick Tschiller. The German actor is well known in Germany, more recently for his lighter family films like "Rabbit without Ears," but is also a regular in Hollywood productions, including "Inglourious Basterds," "New Year's Eve" and "The Courier."

Schweiger's four-part "Tschiller" mini-series certainly doesn't fit the mold for Tatort, which has become a Sunday evening TV tradition across Germany since it first aired in 1970. Tschiller doesn't just investigate in Hamburg - he heads to Moscow and Istanbul and is constantly involved in shootouts reminiscent of James Bond.

There's only been one other Tatort detective who could compare to Tschiller: Actor Götz George played Detective Schimanski and was in the only other Tatort episode to be shown in cinemas, in 1985.

This time, the Tatort branding for "Tschiller: Off Duty" is nowhere to be seen - not in the opening credits, nor in the film posters or in the title. The film clearly breaks the 10 holy Tatort commandments. 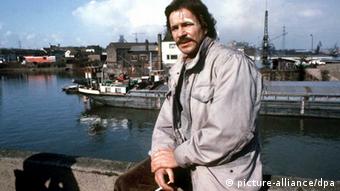 Götz George as Detective Schimanski in 1981

It's 8:15 pm on a Sunday evening in Germany. Just after the evening news show, "Tagesschau," the opening Tatort jingle rings in countless households across the country. It's a melody that practically everyone - even those who don't necessarily watch religiously each week - can hum along to. Less well known is that the tune was written by Klaus Doldinger and has only been modified - every so slightly - twice since it was first heard when the show was launched in 1970. The accompanying geometric cut-out graphic screams "70s" and would make anyone cringe - if it weren't such a classic. It was daring for "Tschiller: Off Duty" to leave out the kitschy, old-school opener, which has really been the only constant in every single episode since 1970.

1970. That means Tatort has been around for 46 years. The only "show" that's had a longer run on German television is the so-called "Wort zum Sonntag," or "Word for Sunday." In Germany, the public broadcasters are required by law to give the Catholic and Protestant state churches a short but regular broadcast platform for a brief weekly message. Tatort, in any case, is the longest-running crime show in German-speaking Europe: It launched in Austria in 1971 and has been running with a few interruptions in Switzerland since 1991.

Each week, Tatort is set in a different region in Germany. Sometimes it's in Hamburg (most recently featuring Til Schweiger), or in Cologne or Berlin. But smaller towns like Saarbrücken and Ludwigshafen also get their turn on screen. In neighboring France, on the other hand, practically every crime show is set in Paris or Marseille, which has a reputation for being dangerous.

Tatort is a product of Germany's federal system. Not only do various cities make an appearance, but the federal public broadcaster ARD is divided into regional entities and the production of each episode rotates among them. And, of course, they all take advantage of the opportunity to throw in a bit of local color. In the Cologne Tatort, for example, Detectives Freddy Schenk and Max Ballauf never miss a chance to enjoy a currywurst and Kölsch beer at a stand on the Rhine River. In Dortmund, on the other hand, Peter Faber prefers Pilsner and French fries at the harbor. 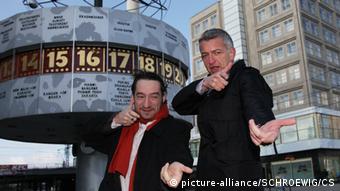 Snack bars are as inseparable to Tatort as ketchup is to French fries. While the American officers in the CSI series (which, by the way, also mixes up the locations, even if there are only three: Miami, New York and Las Vegas) discuss their cases in bars, their German colleagues go to the local snack bar to talk. From bratwurst to fries and beer, none of them seem particularly interested in staying healthy.

Apart from the snack bar, the Tatort detectives also love to think through their cases by chatting in the car - Germans' favorite means of transportation. While Karl-Friedrich Börne, the arrogant and overly intellectual pathologist in Münster, drives a sports car, Klara Blum from Lake Constance prefers a C-class Mercedes. Freddy Schenk from Cologne has a classic American car that serves as the butt of many jokes, while Peter Faber in Dortmund relies on his trusty Saab 900. The message is clear: Das Auto is not just part of the German soul, in the case of the Tatort detectives, it's also a window to their souls.

The Tatort detectives are a colorful bunch, none is like the other. Most, however, are more anti-hero than hero or heroine. They tend to be single-parents working through failed relationships (not unlike their colleagues in Swedish crime series), they have crooked teeth and bulging bellies and an embarrassingly awkward gait when chasing after speedy suspects on foot. It takes just one glance to see that these characters would never turn up in American, French or Italian crime shows, where the detectives tend to resemble models and athletes.

Twitter is not as widespread in Germany as in other parts of the world. But that changes each Sunday at 8:15 pm. As the old school jingle sounds, the Twitter frenzy breaks loose. To follow along, the hashtag is simple: #Tatort.

It was during the 2006 soccer World Cup in Germany that Germans started the practice of watching sport events in large groups. They even gave it a word that sounds like it's borrowed from English: Public-Viewing. Like a football match, Tatort has been enjoyed in pubs for many years. Drinking beer and speculating over the murder has become such a beloved past-time that some pubs even specialize in Tatort showings. Of course, even faithful fans want to complain about the quirks of the detectives or the style of the production - and that's more rewarding when there's someone around to agree with you. 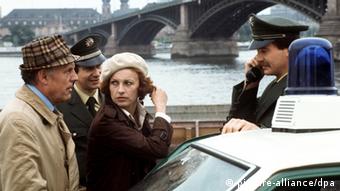 Many Tatort teams are gender balanced, like here in 1977 with actors Nicole Heesters and Klaus Höhne

Produced by public rather than private broadcasters, Tatort is not purely about entertainment, but also about encouraging dialogue over current social issues. Hot-button topics like forced prostitution, drugs, racism, refugees, and German's asylum policies are often dealt with in the show. The pressing relevance of the issues at hand spurns the discussion on Twitter and in Tatort pubs. German talk show host Anne Will has a broadcast slot just after Tatort and sometimes picks up a topic related to the episode.

Facts have to be checked. That's not only true about the facts in Tatort - which aren't always true (the public prosecutors keep doing tasks their real-life counterparts would never take on) - but also the facts about Tatort. A dissertation has actually been written about the representation of corpses in the popular show and a Tatort lexicon was published in 2010 - as a printed book, not an online portal. And that suits the 46-year-old tradition nicely.

Til Schweiger's "Tschiller: Off Duty," on the other hand, breaks most of the Tatort rules. That doesn't mean the action flick isn't just as enjoyable as any chase-and-shoot movie - it's just not quite a Tatort.

George Clooney and Nicole Kidman are expected at the Berlinale this month, as are nearly 400 films, many of which focus on a basic human experiences: happiness and migration. (02.02.2016)

How diverse is the German film industry?

The Oscar nominations have sparked a debate on diversity in US film with #OscarsSoWhite. In Germany, actors with foreign backgrounds also complain they are often casted for very limited roles. (25.01.2016)