Taliban insurgents have seized the city of Kunduz, the capital of a key province in northern Afghanistan, according to Kabul officials. Government forces are preparing a counterattack. 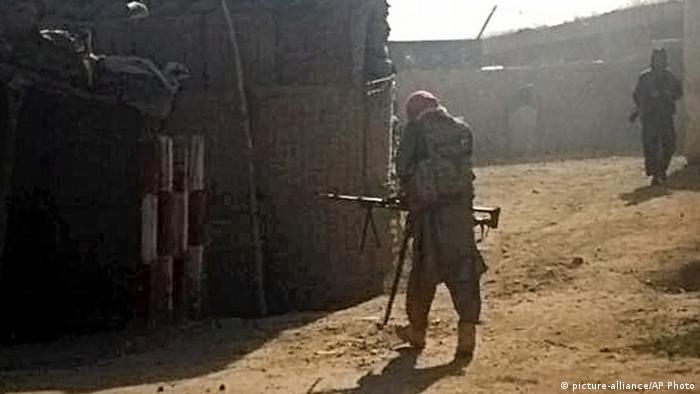 Hundreds of insurgents stormed the regional center after a surprise three-pronged attack on Monday, capturing the main government buildings and pushing the police and the army toward the city's airport.

"The Taliban have taken the city, but our forces are still putting up resistance in some areas," Kunduz police spokesman Sayed Sarwar Hussaini told AFP news agency, adding that the defenders were still waiting for reinforcements from Kabul.

The Taliban also broke into the main prison of the city and freed hundreds of fellow Islamist militants.

Government forces were preparing a counteroffensive from the airport, according to Interior Ministry spokesman Sediq Sediqqi.

"Reinforcements are there. We are trying to take back the city. We cannot confirm the number of casualties at the moment," he told reporters in Kabul.

Dozens of Afghan special forces have been flown into the area, a senior government official told Reuters news agency.

The Taliban fighters were also advancing toward the airport, according to their spokesman Zabihullah Mujahid.

Citing local residents, Afghan media reported that scores of bodies were lying on the streets after the battle.

Doctors Without Borders said that they were treating over 100 wounded people and that their trauma center was at "full capacity."

Many of Kunduz's citizens were also fleeing to the airport, but some complained that the government's security forces were turning them away.

The Taliban victory represents a major blow to Afghani security forces, which have been fighting the insurgents mostly on their own since the beginning of the year. The NATO coalition pulled out almost all of their troops at the end of 2014, shifting their focus on training and advising the local forces.

The capture of Kunduz is the first time the Taliban has taken control of a major urban center since the NATO invasion of Afghanistan in 2001.

"It is certainly the first major breach of a provincial capital since 2001," said Graeme Smith, senior analyst for the International Crisis Group.

"They are choking the Afghan forces from all sides. It looks pretty grim," he added.

Kunduz is situated around 211 miles (340 kilometers) north of the capital, Kabul. The city is the capital of Kunduz province and lies at a strategic crossroads connecting the four points of Afghanistan.